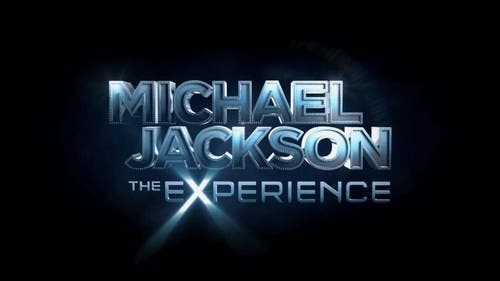 A few months after Ubisoft released the Wii version of Michael Jackson: The Experience comes the Xbox version with Kinect Support.  The game works exceptionally well and is one of my new favorite Kinect titles.

The first thing you must be asking yourself is, how does this compare to Dance Central?   It compares surprisingly well.  The motion detection isn’t quite as sharp as I’d like but it works well enough to the point that if you feel like you did it right, the game will recognize it.  What doesn’t work quite as well with the motion is selection on the menus.  It uses the move and hold method of selecting like the Kinect dashboard rather than the swipe motion from Dance Central and really, more Kinect titles should use that swipe method.  I don’t like just holding my hand over a selection and wait.

The dance screen is setup similar to Dance Central. You have your dancer front and center with the dance cards on the right.  The cards are static in the bottom right of the screen with two cards shown at a time.  The current move card and your followup card.  The cards look like they were ripped straight out of Dance Central which honestly isn’t a bad thing. As with Dance Central though, I wish the cards had some animation so you know how your supposed to be moving before the dancer even begins the next move.  What is nice though is they added a countdown to the next card.  It counts the beats down till the next move.  I found the cards not to work as well as they do in Dance Central;  I can’t prepare myself for the next move quite as easily. It could be that because of the size of the cards is much smaller than in Dance Central, I have a harder time recognizing them.  They do have the Silhouettes of dancers on screen to help show you the actual movements, so you’re not completely lost and hey if you need the practice they have a full training mode for each song.

Pulling from the Your Shape: Fitness Evolved Kinect game, Ubisoft uses the same image capture for the your dancer which Ubisoft calls Player Projection.  If you’ve seen the ghostly looking image of the player in Your Shape you know what I’m talking about.  For those who haven’t see this, basically the game uses the Kinect camera to put you into the game.  You see an image of yourself right on screen and I found it really cool to see me doing the moves in almost real time.  Yes, I did say almost real time; there is a delay and you do notice it at first.  After a few dances though, you’ll be in sync with game and it doesn’t become so noticeable.  Other than dance, what else would one want to do in a Michael Jackson game?  If your me, you would want to sing.  Not only did they manage to get a karaoke portion in using the Kinect’s Microphones, you can ramp up the difficulty of the dances by dancing AND singing.  Trust me, it’s really fun regardless if you get embarrassed easily.

The song selection is great. Ubisoft has taken the core hits and compiled them in the game.  Billy Jean? Check.  Smooth Criminal? Check.  Beat it? Most definitely check.  All in all, there are about 29 songs on the disc with inevitable DLC to come.  There are various game modes to play including an option for 2v2 tag battle.  You can only dance one person at a time but each player is scored independently.  The game also has videos of professional dancers that teach you how to do some of Michael’s most memorable moves.  Be warned though, unless you have taken dance classes, it could be hard to follow.  Although it was fun to watch them break the moves down and dream about me doing them that well.

This is a great game to pull out in parties, there aren’t that many people out there who wouldn’t start shaking their tush when an MJ hit comes on.  Heck, if it’s a party, people will start singing as well and this game has that covered.  If you have a Kinect and like the King of Pop’s stuff, buy this now.