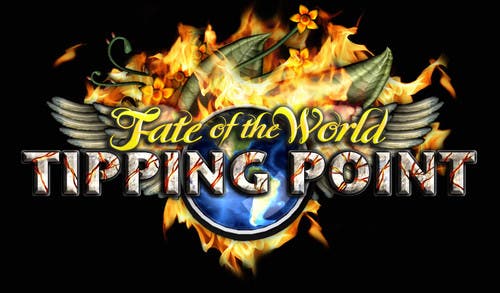 By SAVING CONTENT (@SavingContent)
Lights Off
5 Incredible
Retails for: $18.99
We Recommend: $18.99
Review of: Fate of the World: Tipping Point

Fate of the World: Tipping Point is the latest version of the highly rated game that wraps up the original game and the DLC into one package. What’s changed, and is it still highly recommended?

The idea of the game has stayed the same – you are the GEO, performing tasks with your agents in different regions in order to complete tasks. In Tipping Point, however, the tasks aren’t always about having the perfect balance between economy, population, temperature, etc. Some new missions have you concentrate completely on one or a few tasks, with complete disregard for things like global warming or GDP. While it might sound like it would be easier, it isn’t – you still have the same challenges that came across in the original game. While not having to worry about the ice caps melting might help ease your mind, you still have to deal with unrest, famine, and resource supply issues. In other words, don’t come in thinking you’ll have your best score ever automatically.

The game also includes two other modes worth mentioning. The game introduces a new Easy Mode, which makes the game significantly easier. Those of you who may have been turned off by the original’s difficulty, this might be what you need.

The other mode is the unlockable destruction mode. In this mode, your goal is to do as bad of a job as you can with the climate, essentially destroying the planet before a specified year. There are still other rules you need to adhere to, so even this mode can bring on an additional challenge.

The game itself seems slightly more polished this time around. Graphics are relatively unchanged, which isn’t a problem since the game looked great in the first place. There’s been some interface tweaks to really help with playability and what I feel is some performance improvements. The game does include more cards than the original, adding even more things you can do to each region.

Overall, Fate of the World: Tipping Point is the original game, but better. If you missed out picking this up the first time around, or we’re wary of the difficulty, go grab it now. If you already own the original and either want an easier mode or the additional missions, cards, and interface improvements, go grab it. I definitely highly recommend this.