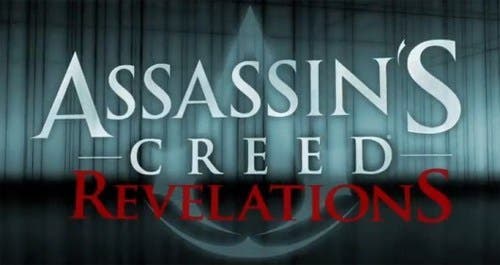 One of the big selling points of Assassin’s Creed Revelations is that you get to revisit Altair, the 12th Century Middle Eastern Assassin from the first game. While your amount of time with Altair is limited in comparison to your time with Ezio, these sequences deliver in terms of giving better characterization to Altair and showing what happened to Altair before and after the events of the first Assassin’s Creed game. Whereas Altair was voiced by an actor with an American accent and little personality in Assassin’s Creed 1, this time he’s been given an Arab accent and his voice is given an intensity, seriousness and charisma which really sets him apart from Ezio. It really adds to Altair’s legend of being the greatest Assassin to ever live. Altair’s story in Revelations does a better job fleshing out his character than the entire first Assassin’s Creed ever did.

That being said, the star of this story is still Ezio Auditore da Firenze, the Italian Assassin from the Renaissance era. And Ezio at this point in his life is searching for answers about what he should do with his life. The game does give closure to Altair’s story, but only partially gives closure to Ezio’s story. For whatever reason, Ubisoft decided that the final sequences of Ezio were better off being shown in a $3 CGI film. It’s puzzling, as Embers is a fantastic send off to the Italian Assassin and probably would have worked extremely well in a video game context. At the very least, it’s something that should have been included for free with the game. I think it’s pretty rotten that the closure for Ezio we’ve been promised was put on sale apart from the main package.

This time around in the Modern era, Desmond’s mind is trapped in the Animus for the entire game, so there’s absolutely no out of Animus sequences which is slightly disappointing seeing as they finally seemed to have blown the doors wide open with Brotherhood. That being said, there are some first person platforming sequences called “Desmond’s Journey” which I found to be fantastic— not because of the platforming itself, which was only okay, but because of the exposition that Desmond gives of his life during these sequences. It helps to explain his origins and there were a few assumptions that I had made about Desmond from the first Assassin’s Creed that turned out to be false based on his exposition. The music and atmosphere during these sequences are also quite good.

However, Desmond’s journey seems to replace the Glyph puzzles from the last two games which was a huge disappointment for me. While Desmond’s exposition scratched the same itch as the exposition you’re given after you solved the Glyph puzzles, I wasn’t given the same thrill platforming as I had solving the cryptic puzzles from the previous two games. That’s not to say the platforming was bad, but I would have still liked to see the puzzles here as it was one of the things that differentiated the Assassin’s Creed games from other franchises to me. Not since the days of the Adventure game have we seen puzzles that amount to more than putting a square peg in a square hole so it was refreshing for me to experience that in previous Assassin’s Creed games.

I felt like Revelations had some pacing issues. While there’s a great depth of content, Revelations doesn’t force you to do Desmond’s Journey at all nor does it stop you from doing Desmond’s entire journey within the first few hours of starting the game. I front loaded all of the Desmond’s Journey sequences in my play through, so the rest of the game seemed to be bereft of Desmond content. The game seems to have an Altair sequence about every second memory sequence. So had they put a Desmond’s Journey sequence in every other sequence it could have helped even out the pacing and make the game feel like a fuller package.

There is a slightly rushed and unfinished feeling to Revelations. I recently went back and watched some of the cutscenes from the first Assassin’s Creed and there really was an attention to detail that you don’t really see in many of the Revelations cutscenes. The cutscenes that happen in the third person perspective are usually not animated or synced very well, and many of the NPC’s you interact with (outside of the main 3 or 4 characters in the game) have not so great looking faces and facial animation. Even in full blown cutscenes there are many animations that have some glitches (such as eyes not looking the correct way) or things that don’t line up very well (such as Ezio’s hand & pen floating over the paper he’s writing on).

While Constantinople seems to be modeled well and is a great city for the game to take place, it doesn’t feel like a character as Florence, Venice, or Rome did in previous games. Where you are in the city has very little relevance to the story throughout the game. I remember taking over the Palace in Venice and going to the Carnival in Assassin’s Creed 2 as well as many of the tombs I had to explore. I remember invading the Vatican and going to the Coliseum in Brotherhood— and there were many more sequences like that where place mattered. Also, where Brotherhood made up for only having one major city by letting you do side quests that took you to other European cities, Revelations only has a few sequences that take place outside of Constantinople.

Instead of the Borgia Towers from Brotherhood (which felt like miniaturized versions of the Assassination missions from AC1), there are now Templar Dens which you must invade to kill the Captain. Maybe it was just my poor play during these sections, but I had difficulty scoping out the area and planning my attack. Instead I would usually be spotted immediately, try to run away from swarming guards, and then by luck stumble into the Captain and be able to kill them. I felt as though the Borgia Towers required a lot more skill and thought, otherwise the Captain would escape and you’d have to wait until the next game day to get them. What used to be a fun (but not impossible) challenge in Brotherhood, seems to be a trivial distraction in Revelations.

Tower Defense was one of the big additions to Revelations. After taking over a Templar Den, it would become an Assassin’s Den. If your notoriety gets to 100%, and then you perform an act that catches the Templar’s attention, they will attack one of your Dens and you’ll have to defend it. However, there’s one problem with Tower Defense. You cannot move Ezio at all and instead are resigned to giving orders from a fixed position, which seems to go against every design decision made in an Assassin’s Creed game since the start. They were always about removing the abstraction of arbitrary video game systems, and this is nothing but an arbitrary video game system and it would have been far better had you been able to move around and get into the action while giving out orders. That being said, you are only forced to do Tower Defense once. After which as long as you keep your notoriety low, you’ll never have to do it again (which is precisely what I did).

The Hook Blade is another big addition to Revelations. It lets you roll over guards while running away and also lets you make longer/higher jumps during traversal. While it works well enough, I can’t help shake the feeling that there’s something off about the grabbing animation with the hook blade and it doesn’t seem to have the same level of polish of the original grab animation from Assassin’s Creed 2. Also, climbing tall buildings doesn’t have the same feeling. In previous games when you had to make high jumps during climbing, you had to hold the Grab button to make the jump. Outside of a few rare cases in Revelations, it seems as though you don’t need to hold the Grab button anymore which removes a little bit of the tactile feeling that I enjoyed in previous games.

Mediterranean Defense is an extension of the Assassination Contracts meta game that was introduced in Brotherhood. Not only are you recruiting Assassins and leveling them up through contracts, now you’re also installing Assassin’s Dens in these cities and sending Assassins permanently to those cities which in return opens up slots to recruit many more Assassins. I initially did not even realize that you could permanently send Assassins to other cities as it wasn’t explained at all. Even after that it took me awhile to realize that you could send resident Assassins of a city on missions within that city instead of having to spread your in-city crew of Assassins thin by sending them to different destinations. Once again, this game mechanic was not explained at all. Finally, there’s a Control % associated with each city which tells you how much the Assassins or Templars control the city by. If Templars take control of a city you lose the advantages you get from that city (Money and XP) and your resident Assassins of that city could be killed. And once again, the game does a poor job of explaining this. That being said, the meta game is fun and I probably would have enjoyed it a bit more had I known everything I do now.

Your reward for doing the Mediterranean Defense and leveling up 7 of your Assassins to be Master Assassins is that you can lock down your Assassin’s Dens so that they can’t be attacked by the Templars anymore. During the process of an Assassin becoming a Master Assassin, you also have to go on a series of missions with the Assassin in training. While your Assassins in training are never truly fleshed out, there are a few interesting missions which show a side of Ezio you haven’t seen before— Ezio the teacher.

Revelations seems to assume too much of the player. Combat is another area where this is the case. You start off with most of the tools you had in Brotherhood, and then the game only adds on to it from there. I felt as though I never really got my rhythm going in terms of combat this time around because there were absolutely no tutorials of the combat embedded into the story. I also felt as though there weren’t as many enemies that required specific strategies to take them down as there were in Assassin’s Creed 2 and Brotherhood.

Technically, Revelations is stunning. The faces of the main characters have never looked better. There’s some post-process Anti-aliasing which removes the jaggedness around the outlines of objects completely, although you’ll still see instances of sub-pixel elements (such as wires or ropes) looking a little rough. It also seems like pop-in is as minimal as ever in this game. Its easily one of the best looking open world games you can find on a console.

While, the Music isn’t as out in front in the audio mix as Assassin’s Creed 2, it’s not bad. It’s more atmospheric and is somewhere in between the feel of the soundtrack of Assassin’s Creed 1 and Assassin’s Creed 2. I do prefer the Celtic vibe from AC2, and I think there are more memorable tunes in general in AC2 however.

Note: This Review and Score are for the Single Player portion of Assassin’s Creed Revelations. While I did dabble in the Multiplayer part and enjoyed what I had played, I did not play it enough to justify giving it a score. That being said, I’m fully content in saying that Revelations is worth your money even if you don’t want to touch Multiplayer.