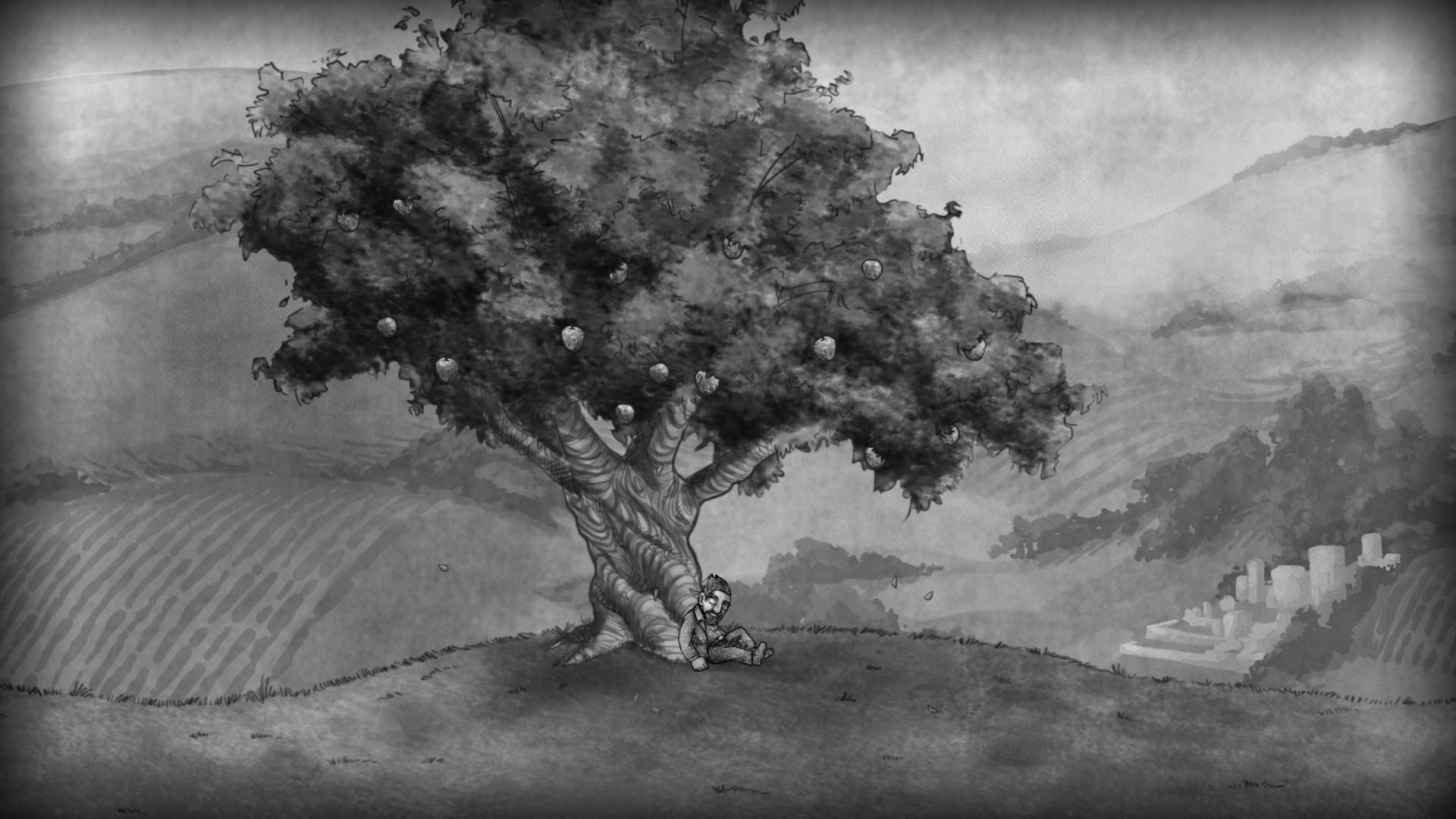 While M. C. Escher created impossible drawings, Ty Taylor and Mario Castañeda’s The Bridge is far from it. The puzzles are tough, but follow one basic rule and have smartly-built layers on top of that concept. It’s a hand-crafted beauty of sketches coming to life. Once it is in motion, the game’s slow and deliberate pacing hurts the overall experience.

Everything you need to do to reach exit requires you to rotate the world around you, like a vertical lazy-Susan  You’ll manipulate it to make ceilings and walls your new floor. Inverting the world gives you access to previously unavailable areas. Or perhaps you’ll be sucking yourself or a death-ball known as a menace into an inescapable vortex. These mechanics get inter-woven across the levels in tricky ways.

The game is mechanically simple and has minimal button presses, providing a very gentle and low-stress experience across 24 levels. Complete the game to unlock 24 more diabolical, mirrored levels – which require you to replay past levels with new solutions. Your character moves at a controlled, slow pace for whatever reason. Both the character and the rotation is too slow, feeling purposely holding you back from completing things sooner. Often as you rotate to get your desired area, certain angles will cause him to slip and skid uncontrollably to his doom. Luckily there’s a rewind feature to undo such things.

Soon, levels require keys à la Braid to be able to unlock and open the door and move on. Every puzzle has a specific order in which to solve them, though it won’t stop you from carelessly rotating as you figure out how to navigate the world as it doesn’t give you a good impression when or how you’ll be able to stand on a certain surface. Things like this sully the game, in which you get reduced to trial and error. Though, there were times I had rotated so often to try solve the puzzle, I became nauseous. (This may or may not happen to you, but a word of caution to those sensitive to this.)

Featuring one of my favorite save systems, the game allows you to save at the current puzzle – at your will. And when you return after starting the game back up, it doesn’t bother with logos or intro movies, or even the main menu. You’re immediately dropped at the entrance to the puzzle room, a very welcome system.

The Bridge features haunting and serene ambient music. That, coupled with its hand-drawn art style in monochromatic glory makes it so you sit and stare in admiration of the game presented before you. As you enter each area, you are drawn in and once you leave that spot you can see your starting point. It is a great visual marker for when you are rotating the plane. Die, and you’ll see erasure marks documenting past failures.

Through your short three hour romp on the initial 24 levels, you’ll experience some clever puzzles with movement at a snail’s pace. The reward and true challenge is going back to play the mirrored levels. The Bridge is worth crossing, its mysteries are intriguing and thought-provoking. It’ll be best spent when it is a bit cheaper, though. The game bares resemblance to Braid, but once you’re inside, it’s a wholly unique experience worth having.

A Steam code was provided by the developers for review purposes