Space Engineers’ space-based sandbox offers a robust platform for creative gamers to build and maintain space stations and ships in a single- or multi-player environment. The game remains one of the top overall sellers on Steam and appears on the platform’s Early Access program. Space Engineers is available now at http://www.spaceengineersgame.com/  or via Steam at http://store.steampowered.com/app/244850/ for $19.99 USD.

“A great Steam Early Access game must deliver on its promises to the community – the gamers who have taken the risk of buying into your vision – by continually growing and improving with new features, expansion of gameplay, and more,” said Marek Rosa, CEO and Founder, Keen Software House. “Over the past month, we’ve worked hard to deliver against that standard and we’re fortunate to have the smartest and most dedicated fans on Steam offering their insights and suggestions to shape the future of Space Engineers.”

Major game updates added over the last several weeks include: 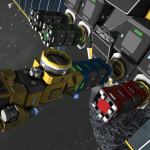 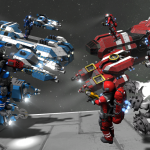