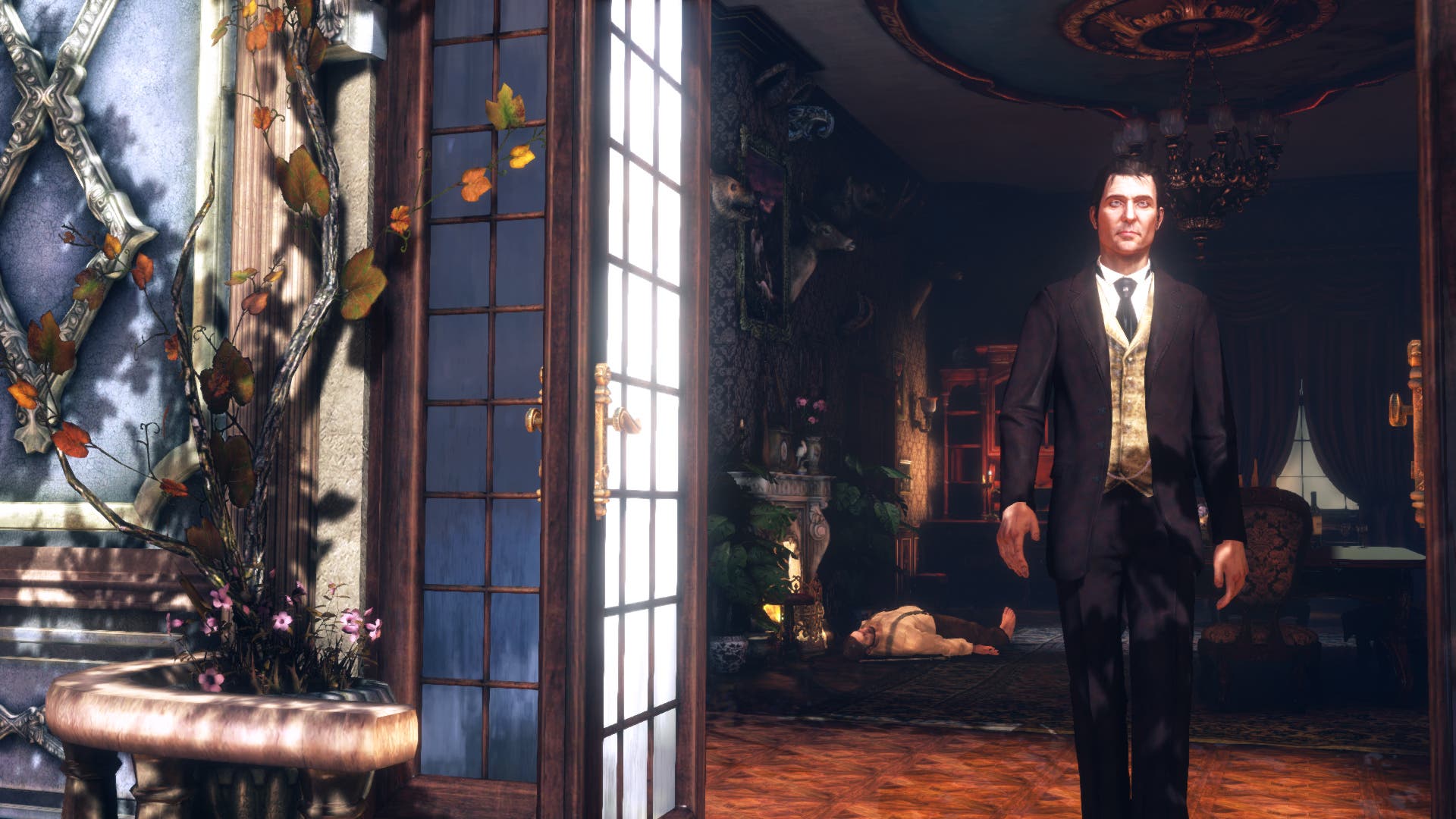 The fictional crimes that Sherlock Holmes investigated, compared to today’s procedural crime dramas on television is perhaps a bit antiquated, and rightfully so. The period in time which these characters existed have long since passed. Having played through Frogwares’ Crimes and Punishments, I can’t help but think that Sherlock Holmes and his compatriot, Dr. Watson, couldn’t be more interesting or timely to play as — I’m as surprised as you are. 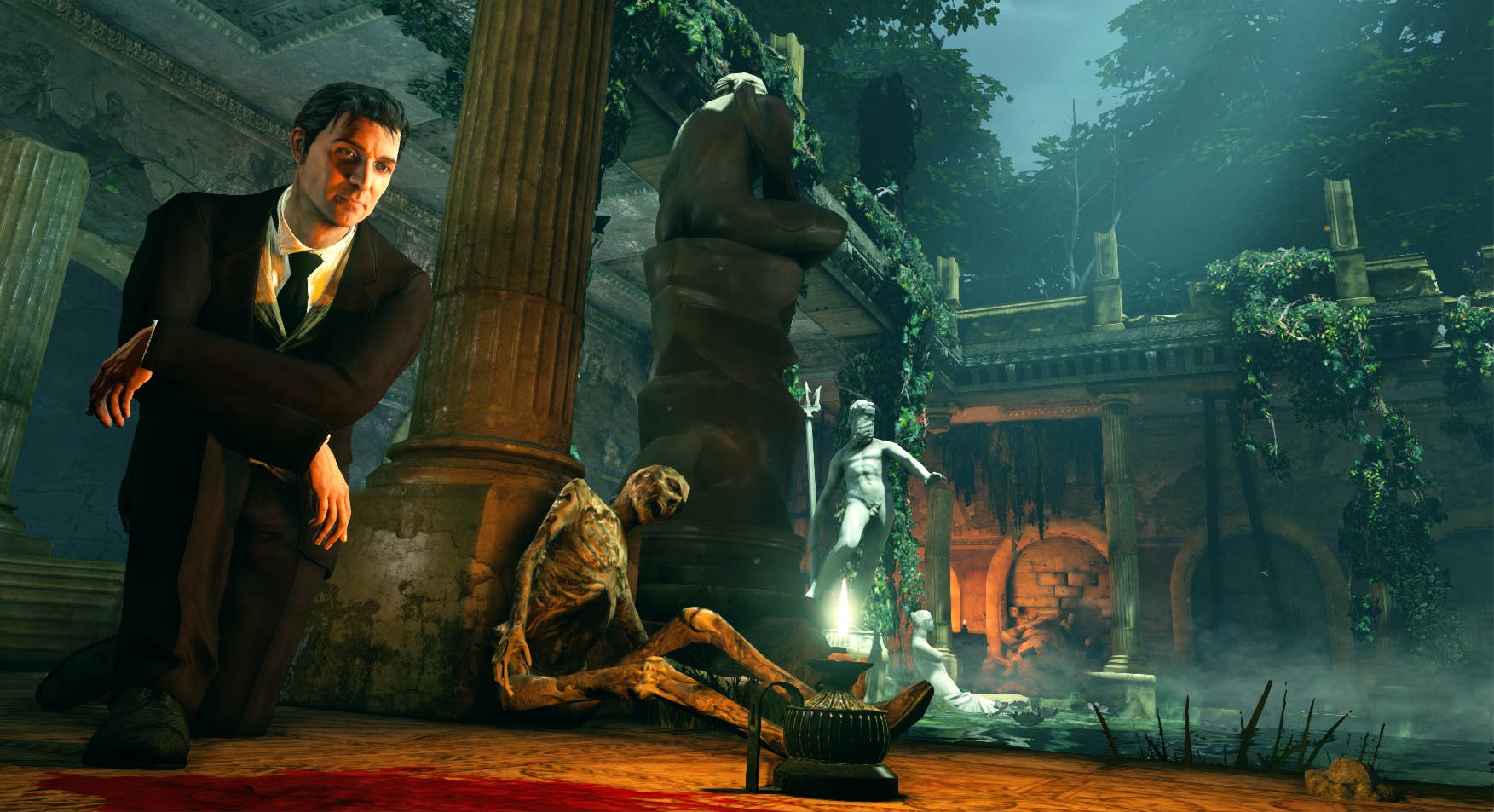 Crimes and Punishments is a crime-solving adventure game, played through the third-person or first-person perspective. Comparisons as to what this game plays similarly to? Well, the crime-solving aspects of L.A. Noire, and Murdered: Soul Suspect come immediately to mind as far as recent entries go.

There isn’t much in the way of controls, but notably Sherlock Holmes has a really funny, unnatural-looking run. But beyond that, he’s able to invoke his crime solving senses and go into a “detective mode” that will reveal clues not easily seen with the naked eye. The game is good in telling you when you should be using this ability. It doesn’t feel like a cheat, as it helps progress the case along without getting stuck.

Upon receiving a case, you’ll have to head to the scene of the crime, gather clues, witnesses, and perform interrogations, and even recreations to be able to form a conclusion to these “whodunits”.

Deductions can be pulled up at any time, that tap into the mind of Sherlock Holmes. Clues float around your head cylindrically, and you must pair clues together. Then they form synapses that are either singular, definitive conclusions about that particular pair of clues, or offer a binary choice as to which the evidence seems to be siding with. If over time you form a deduction that conflicts, it will turn red as does any other deductions that relate to it. It’s a really neat system that’s at the core of finalizing a case. 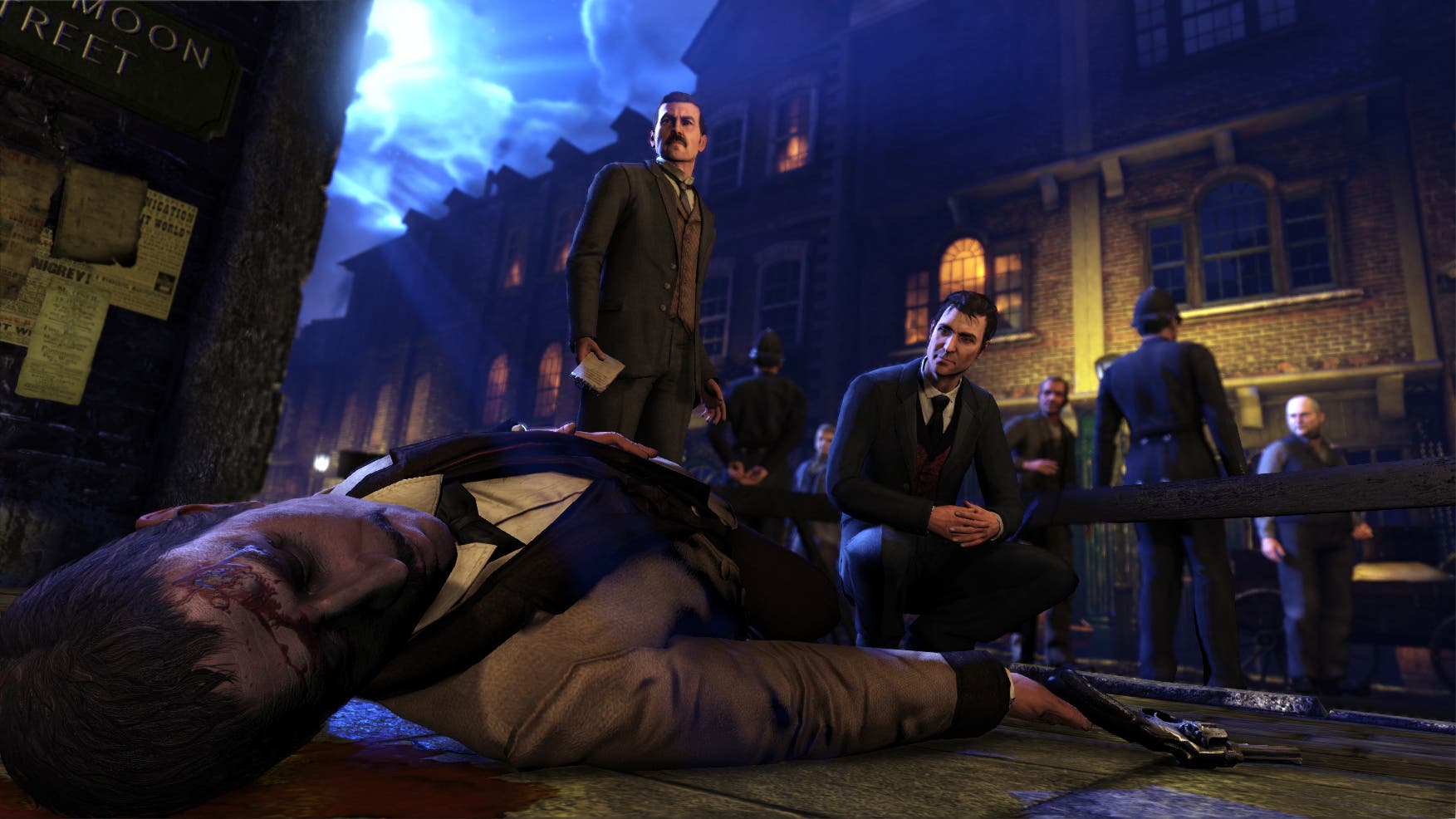 There are skippable, only lightly frustrating mini-games that still manage to be entertaining. Some ask you to throw darts while holding your breath, disarm a character with hand-to-hand combat, or walk over a rushing river suspended on ropes. Failure in most of these instances requires a lengthy reload followed by an equally lengthy dialogue exchange between characters.

Them being skippable means that they have no real bearing on the gameplay and everything proceeds as if you had completed it yourself. So as to why they had to be interactive cutscenes, seems to be wasted effort. But doing them nets you a trophy or achievement, if you’re into that. 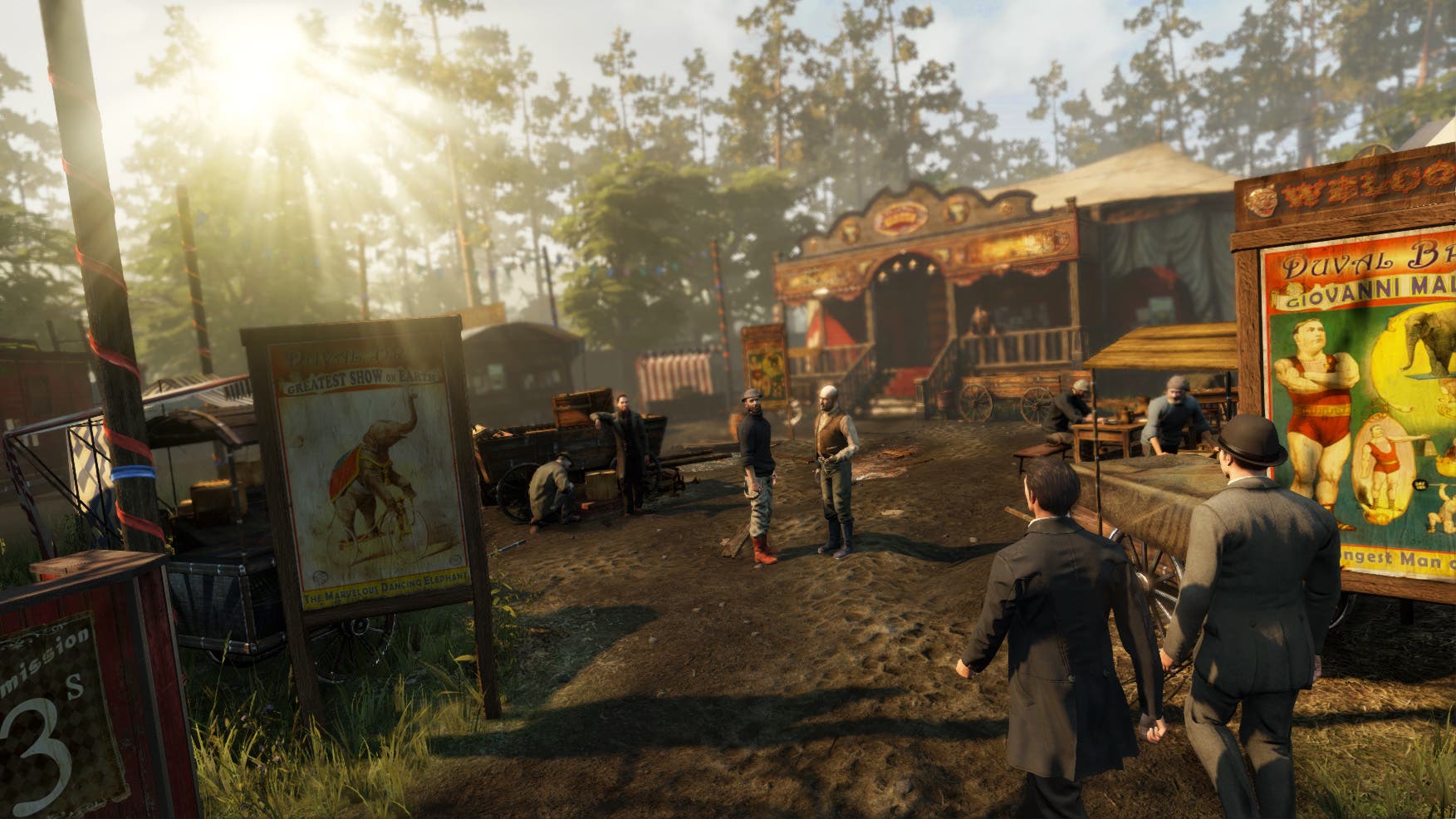 An interesting inclusion, is the justice morality system for Sherlock Holmes. At the end of a case, once a suspect has been identified, you’re able to Absolve or Condemn them. Absolving a criminal will put the law in Sherlock’s hands where he will bind them to uphold and carry out a specific sentence he brings forth, such as staying away from your lover for a year or never setting foot in town again, he brings his own brand of justice to the table without involving the authorities. If you choose to Condemn a criminal, he will hand them over to Inspector Lestrade to do as the criminal justice system deems fit. Over the course of the game, a ranking is given due to how you straddle this line. Again, it’s interesting, but never fully explained as to what repercussions this has on you.

After a decision has been made, but before you move on to the next case, you’re able to change the ending, reverse the decision you’ve made for yourself. It’s awfully generous, but those looking to get the righteous or perfect ending, ruins any chance for you to replay the game. 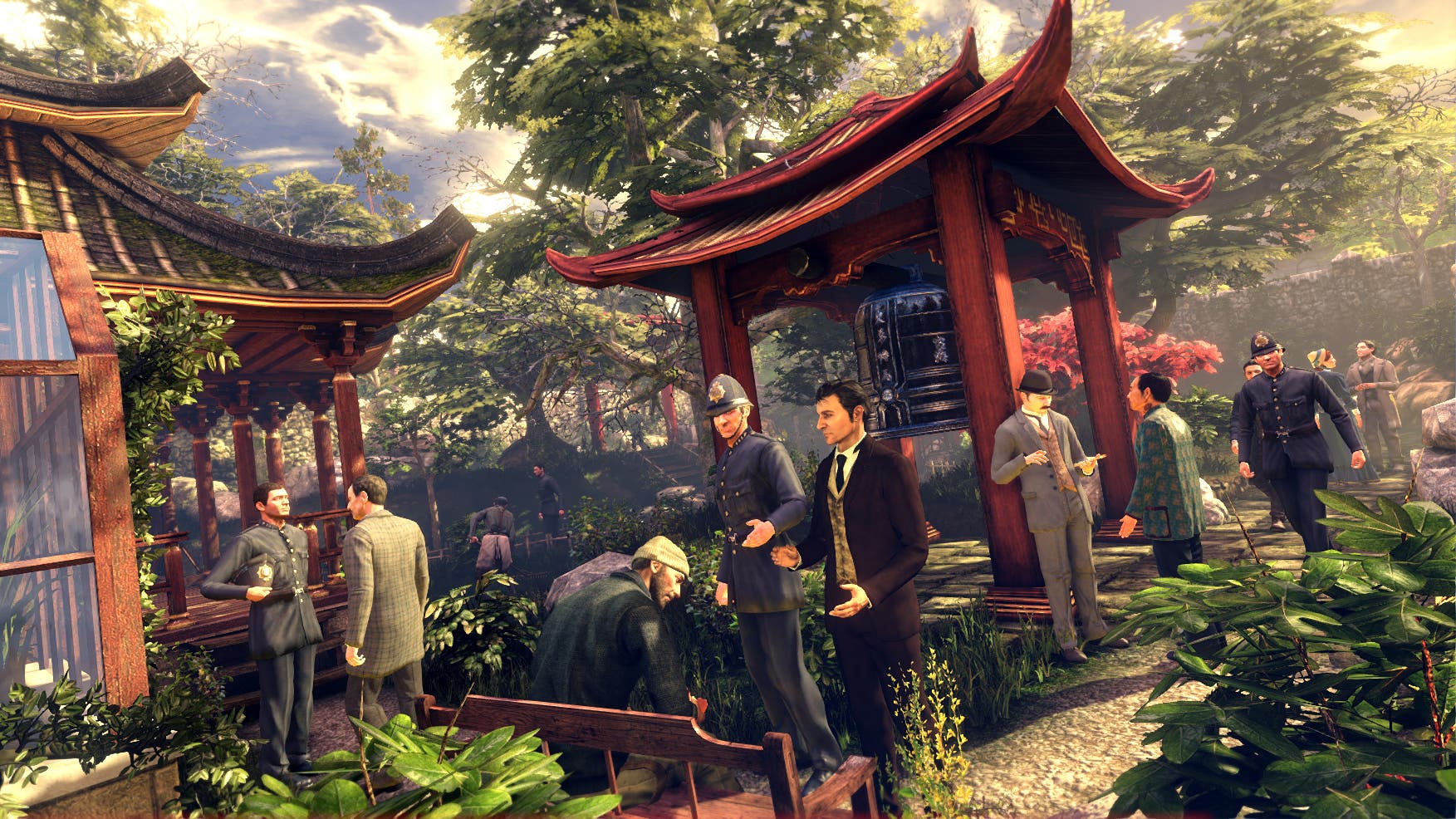 Load times are a bit lengthy on the PlayStation 4, but the developers seemed to be aware of this, and allow you to review your case notes, and/or try to connect clues via the deductions screen. This small, but important bit of interactivity makes you forget about the load times entirely.

Spanning across six cases, one might assume that this is a short affair with your time. But alas, you will spend about two hours during each case. There are many checkpoints that allow you to stop at any point, but the replayability is asking a lot given how involved cases may become. All cases start off like “open-and-shut” cases, but as time goes on, they unravel, becoming more than surface-level crimes, and Sherlock is able to get to the bottom of all of them. 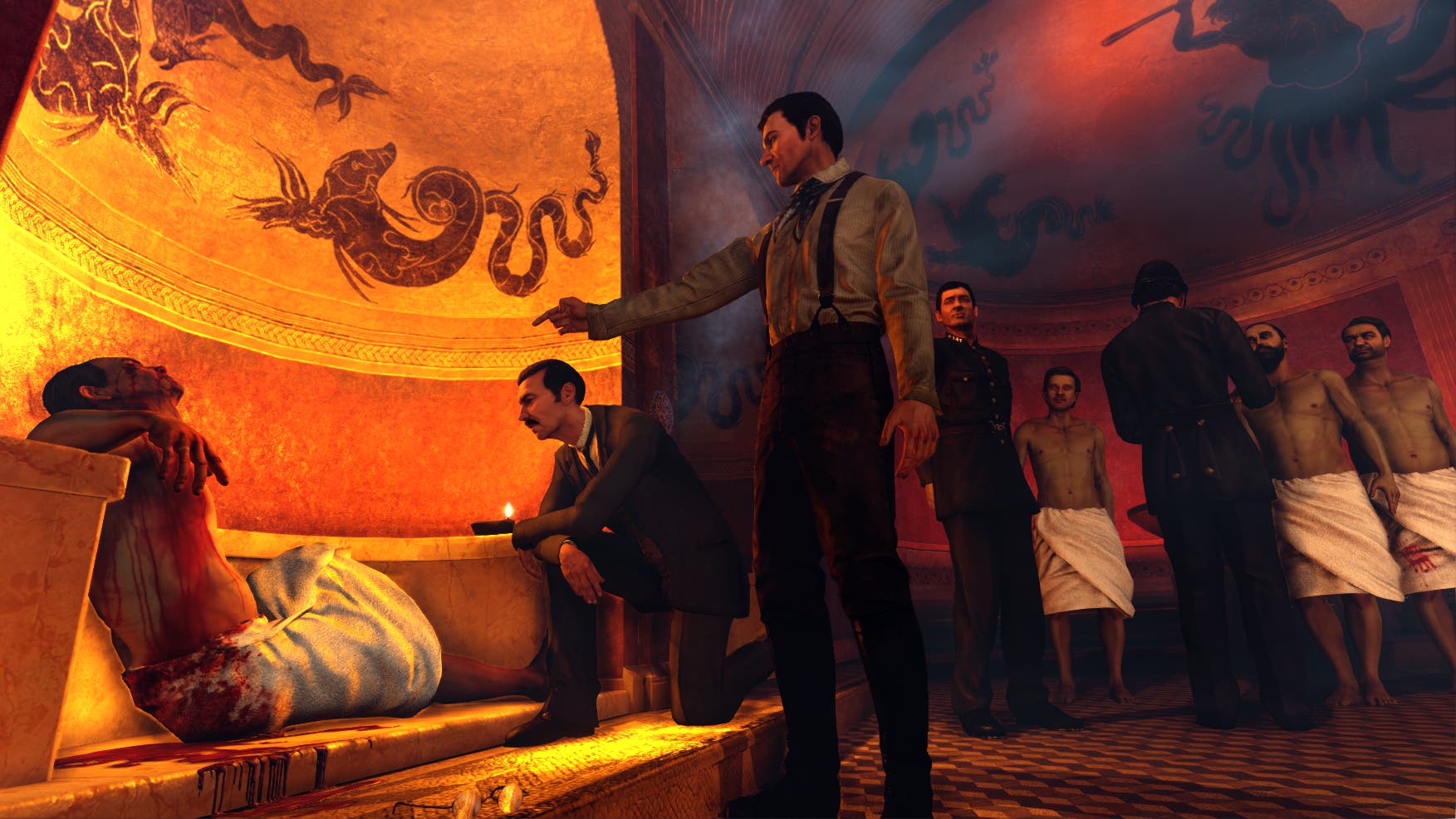 If you’re a fan of the Sherlock Holmes series, you may be a bit disappointed that everything down to the outcome is adapted from the short stories that were written in the early 1900s. There isn’t any connection from case to case, so the game can feel disjointed as time passes and there’s no real flow. There’s a late-game case that was pretty uninteresting and would have fit better at the beginning of the game, swapped with another.

The cutscenes that precede and endcap each case involves time-appropriate conversation, some well-placed humor, and really show off the oddities of Sherlock Holmes. Such as shooting at vases he received as a gift while blindfolded. When you have a chance, take a look through the telescope on Baker St where Sherlock and Watson reside. The way they go about the humor gives some levity and really enhances the characters if you are like me, and aren’t too familiar with them. 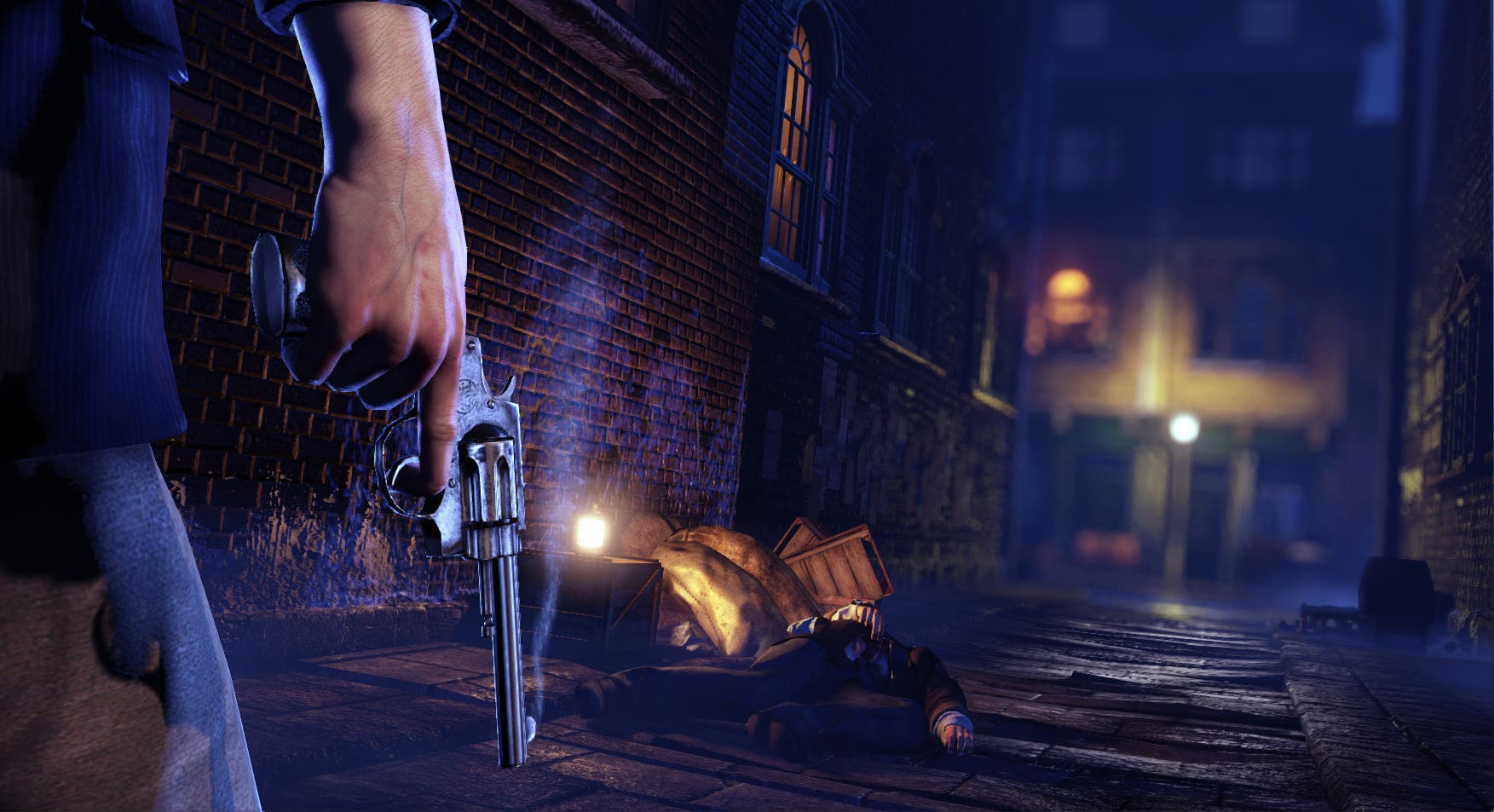 Let me get this out there: Watson is creepy, seemingly teleporting whenever you get separated by a door. It’s hilarious and frightening.

It has minor issues that hold it back from greatness, but it’s well thought out puzzles are entertaining beginning to end. Sherlock Holmes: Crimes & Punishments won’t be for everyone, but those enjoy a good murder mystery, adventure games, and perhaps something different from the shooty-shooty and the stabby-stabby will find a game that is worth the dozen or so hours it takes to complete.