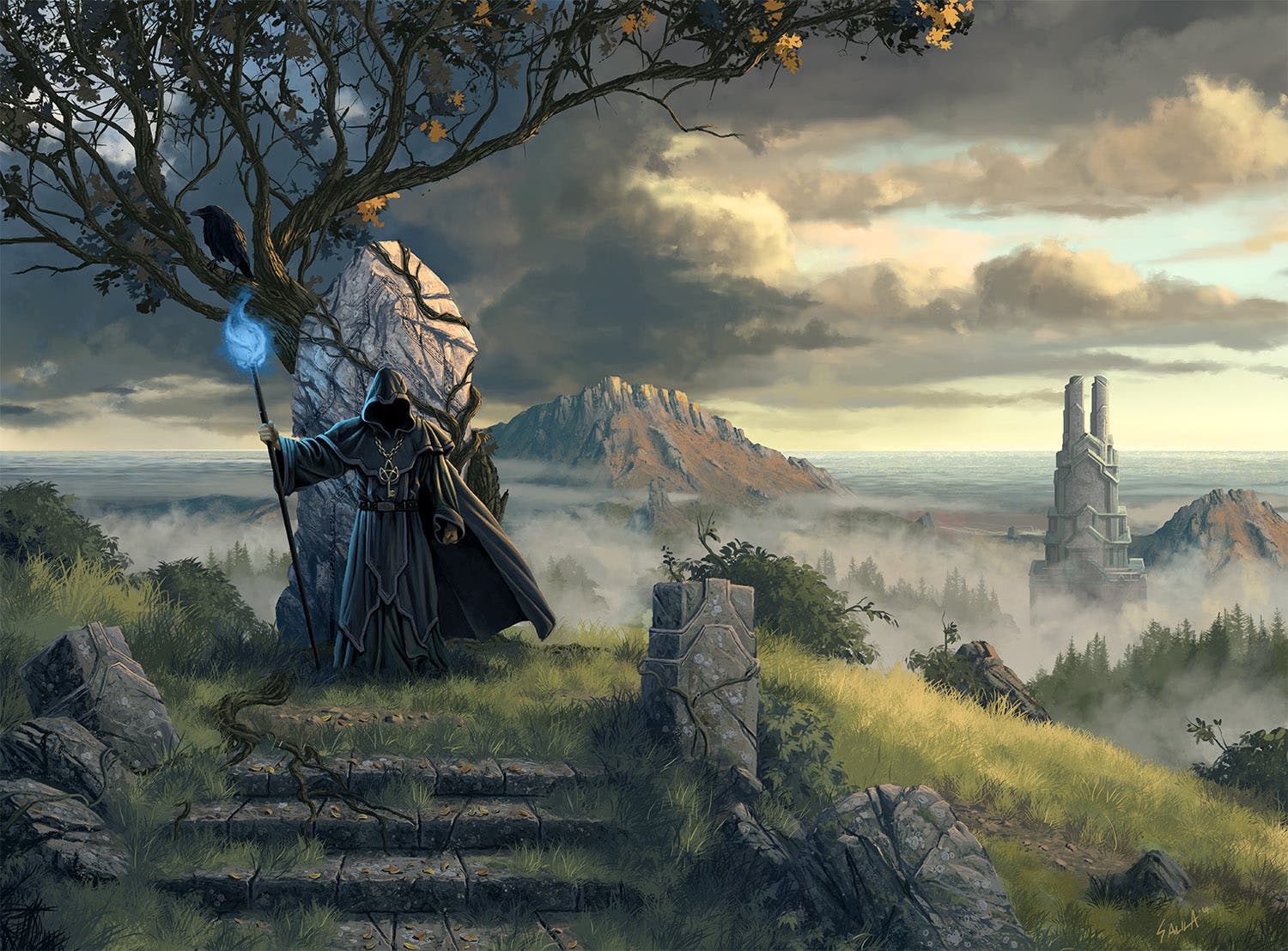 In the style of the classic RPG, Dungeon Master, comes Legend of Grimrock 2, the sequel to the 2012 surprise return of dungeon crawlers. This game does little to deviate from the throwback gameplay that it wears on it’s sleeve, or play differently than the original. These are both great things. This is a standout title that defines what a dungeon crawler truly is, and how sequels should be – bigger and better. 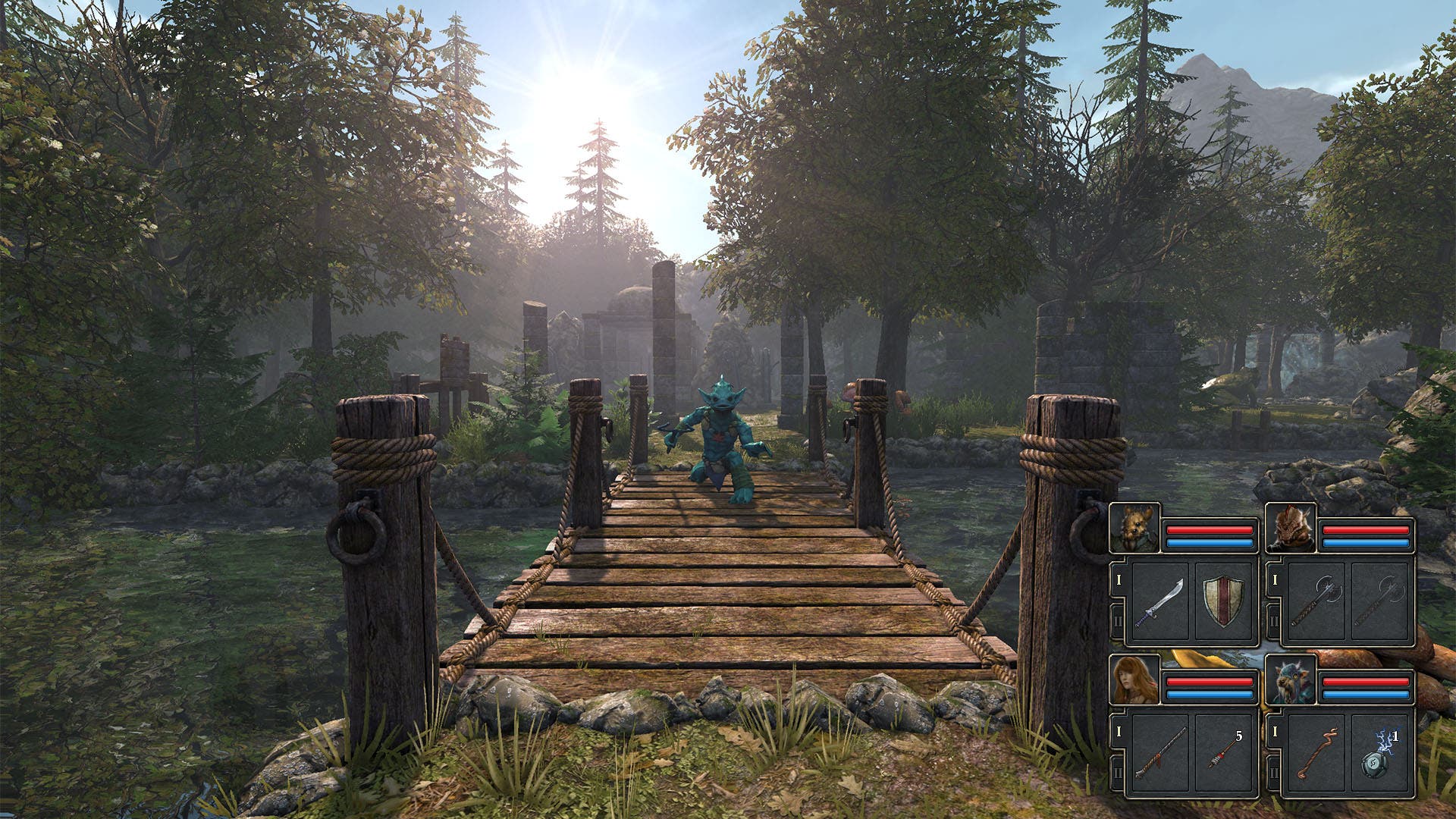 The best stories are the ones you create, the ones where you experience something never-before-seen. I won’t soon forget the time I encountered a leprechaun, who taunted me throughout a dungeon and inevitably caused me to misstep and drop through a trapdoor. Or the time I encountered a large toad for the first time, and it’s tongue-lash attack steals the weapons of your party members. And only through killing it, are you able to get them back. Legend of Grimrock 2‘s story is told through the environment. Letters, notes, gravestones, and the bone remains are all that exist to tell you what has happened before your arrival. The circumstance which brings you to the ‘Isle of Nex’, is a peculiar thunderstorm that leaves you shipwrecked.

Anyone who has played the original will notice that no longer are you confined to the dark, damp insides of a seemingly never-ending dungeon. Now you are mostly topside, and are able to experience the open-world. The new environments and gorgeous skies give way to showcase more colors, lighting, and time of day. You will be required to delve into a dungeon from time to time, and upon resurfacing you will notice that day has turned to night. This little but meaningful change now shows that time passes when underground. Legend of Grimrock 2 oozes with atmosphere, it’s incredibly immersive. The Isle of Nex has a sense of place, with landmarks easily distinguishing the different areas of the island. 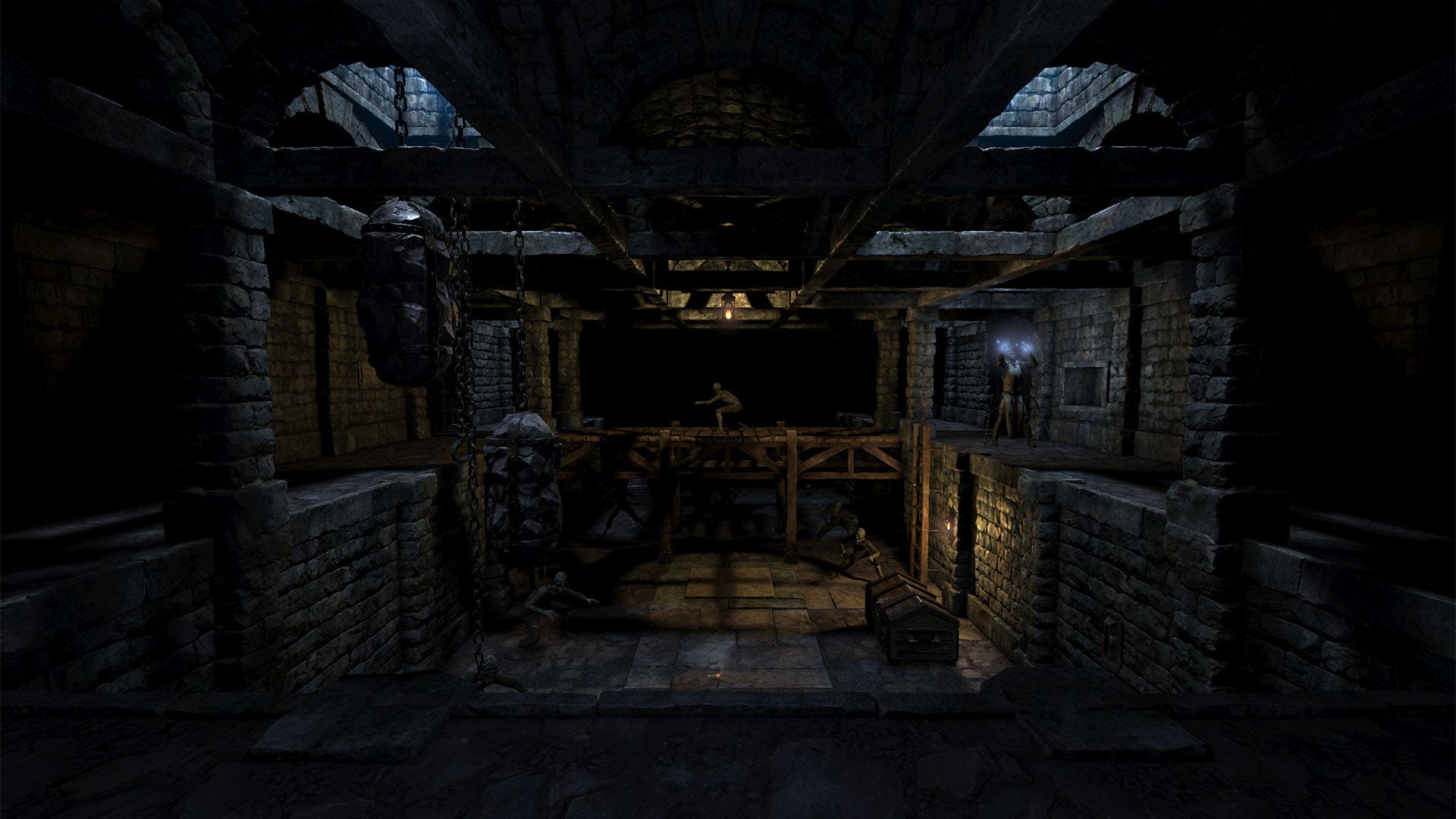 You see through only one pair of eyes, but you move as a group of four in concert with one another. Each move is grid-based, a grid that is not visible in the environment, but can be seen on the map. Party members can be arranged how you see fit, but ideally you’ll want your melee fighters to be up front with ranged in the back. However, when you are attacked from behind, the potentially weaker ranged heroes are more susceptible to taking more damage until you can turn around. Combat is about timing. You party can equip one weapon, unless skilled to dual-wield. You’ll right-click to attack, with a cooldown preventing you from striking right away. Learning the time it takes for each person’s weapon to cool down is essential for combat. You’ll want to time it so that by the time your last person has attacked, the cooldown for the first one has run its course, allowing you to hit again. Spells found via scrolls or experimenting. Movement is deliberate and feels stilted with the tile to tile movement, but you’ll learn this is to your benefit. By moving one grid space at a time, lessens the chance of walking into an open pit accidentally or getting yourself blocked in by attacking monsters. Movement speed can be increased with items or by leveling up an ability.

Each character levels up individually based on combat. Upon levelling up, you can give them one point into Alchemy, Firearms, Light Weapons, Heavy Weapons, Armor, etc. And while you start with preset or created characters, the game is open to letting any character pick up a sword if they initially were not able to. You must also tend to each character’s hunger levels. Should you be injured in combat, you can rest to recover. However, if there’s any danger in the area that has not been dealt with, you will be awoken to a creature attacking you. Inventory and the subsequent management of it also becomes troublesome several hours into the game. Sacks and boxes you find items in can be inversely used by you to hold items to save space. 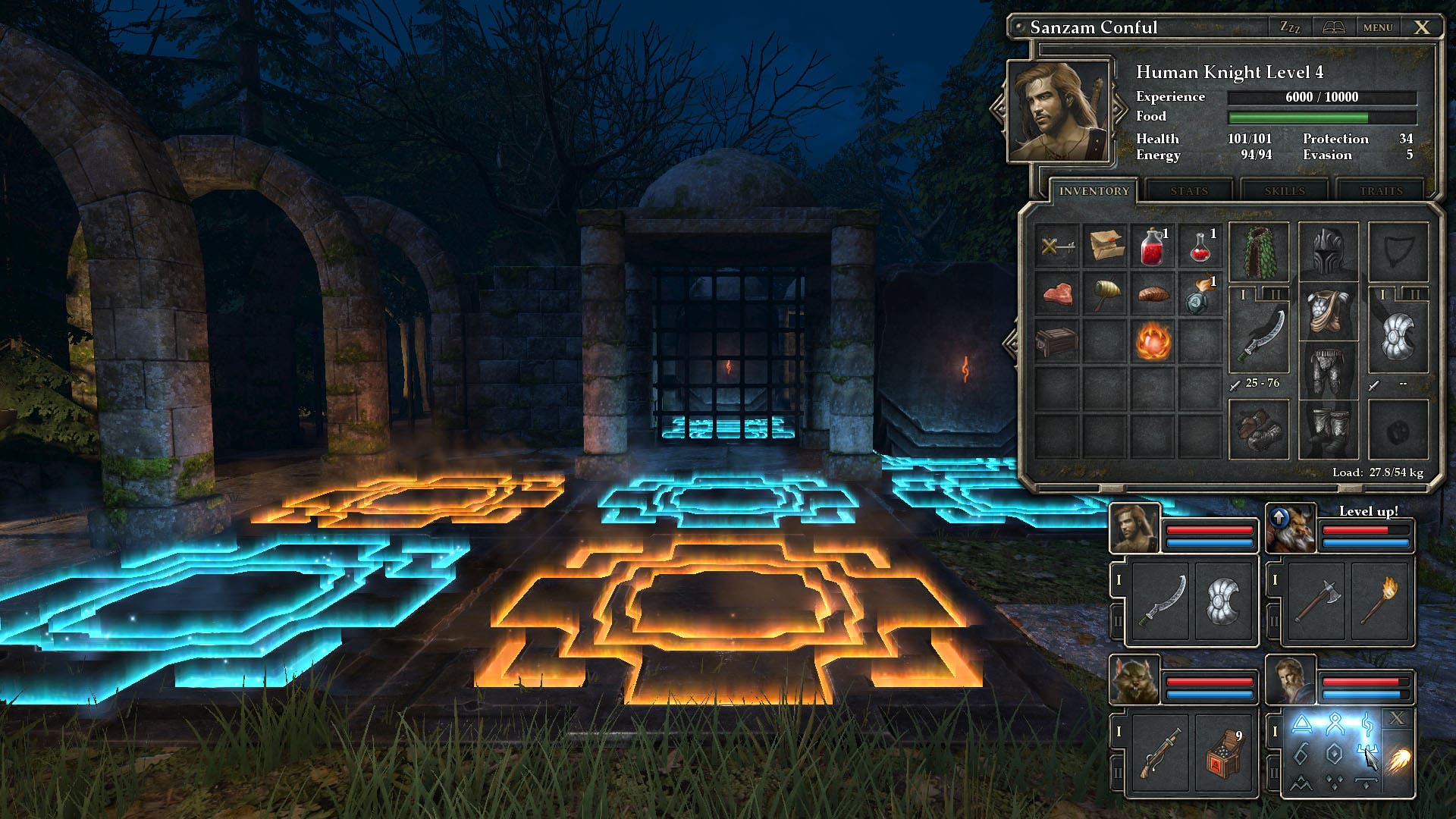 New to the game is boss battles. Boss encounters are not especially different or difficult, but a health bar is actually displayed for these feral creatures. And the level of intensity is raised, and a victory feels so rewarding to take them down. The music gets amplified and you must move and strike with precision or it is very possible you will die quickly.

Grimrock 2‘s bestiary gets an expanded roster of enemy combatants, along with some familiars in the prior. The Isle of Nex is home to feral, ferocious creatures that want nothing but to kill you.

Outside of combat, puzzles play a large role in Legend of Grimrock 2, perhaps the largest. Teleporters, locked gates, hidden buttons, moving gargantuan objects, finding keys, and more await you. They often get frustrating, but you will always be able to leave the area, go explore something new, and come back later. Often times you’ll have an ability or object that will help you get past what previously prevented you from passing. 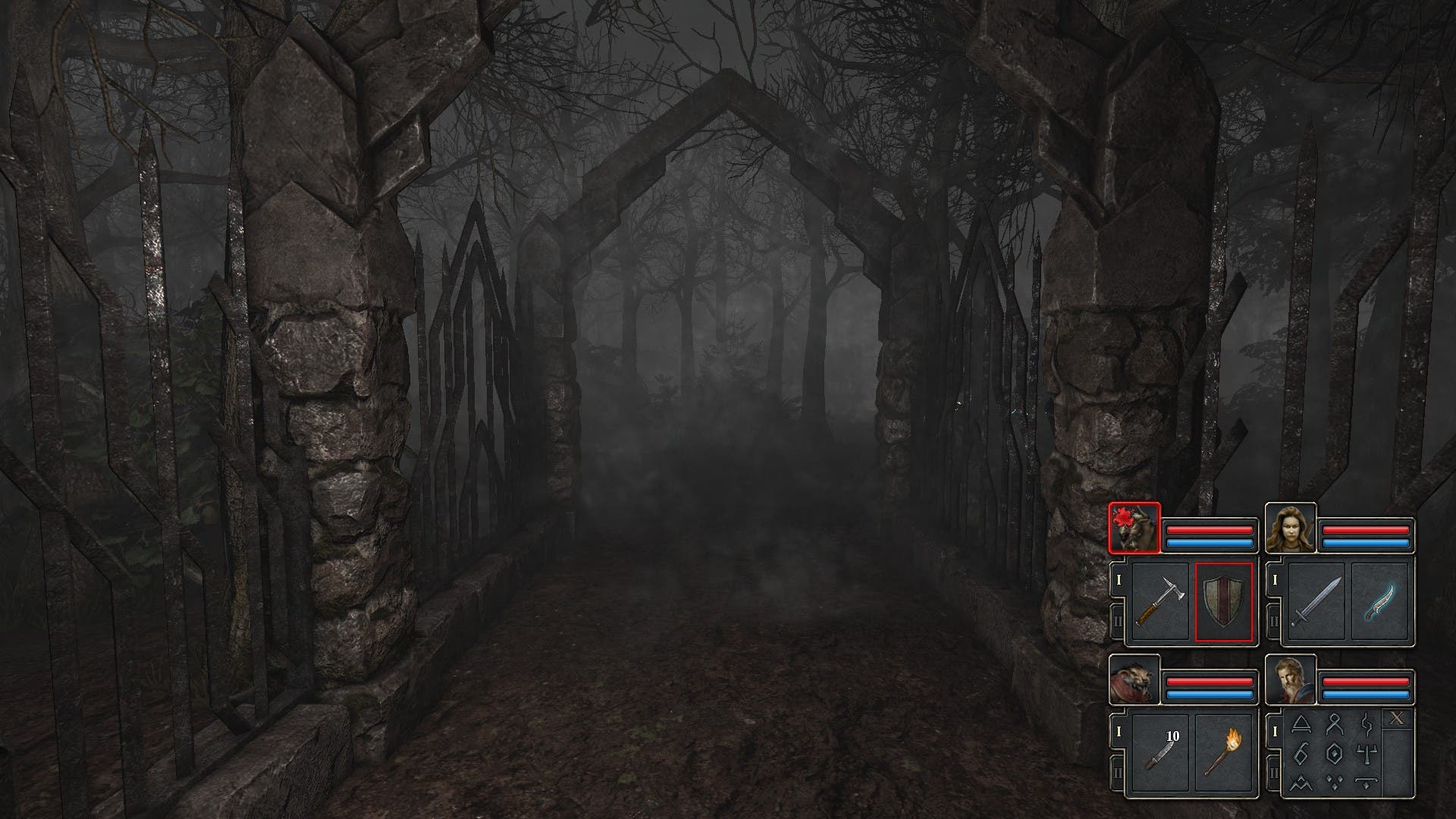 The game thrives on being old school. With options to create your own party of four, you can set the traits and ability points to your exact liking in addition to choosing the races that belong to your group. If you feel the core difficulty, even on Hard is not enough, you can turn on options where healing crystals can be used once or the only way to save your game. Decidedly, and the appropriately named “Old School Mode” turns off the auto-mapping the game does for you. Included in the ‘extras’ folder of the game, is the ability to print out grid paper for you to plot your own progress.

Unless you’ve chosen a harder path, the game allows you to quick save and save manually. And for anyone new to the game, I highly recommend that you save often. It’s far too easy to fall victim to a trap, or die from a powerful enemy. Always make a save backup in case you accidentally put yourself in a dire situation. 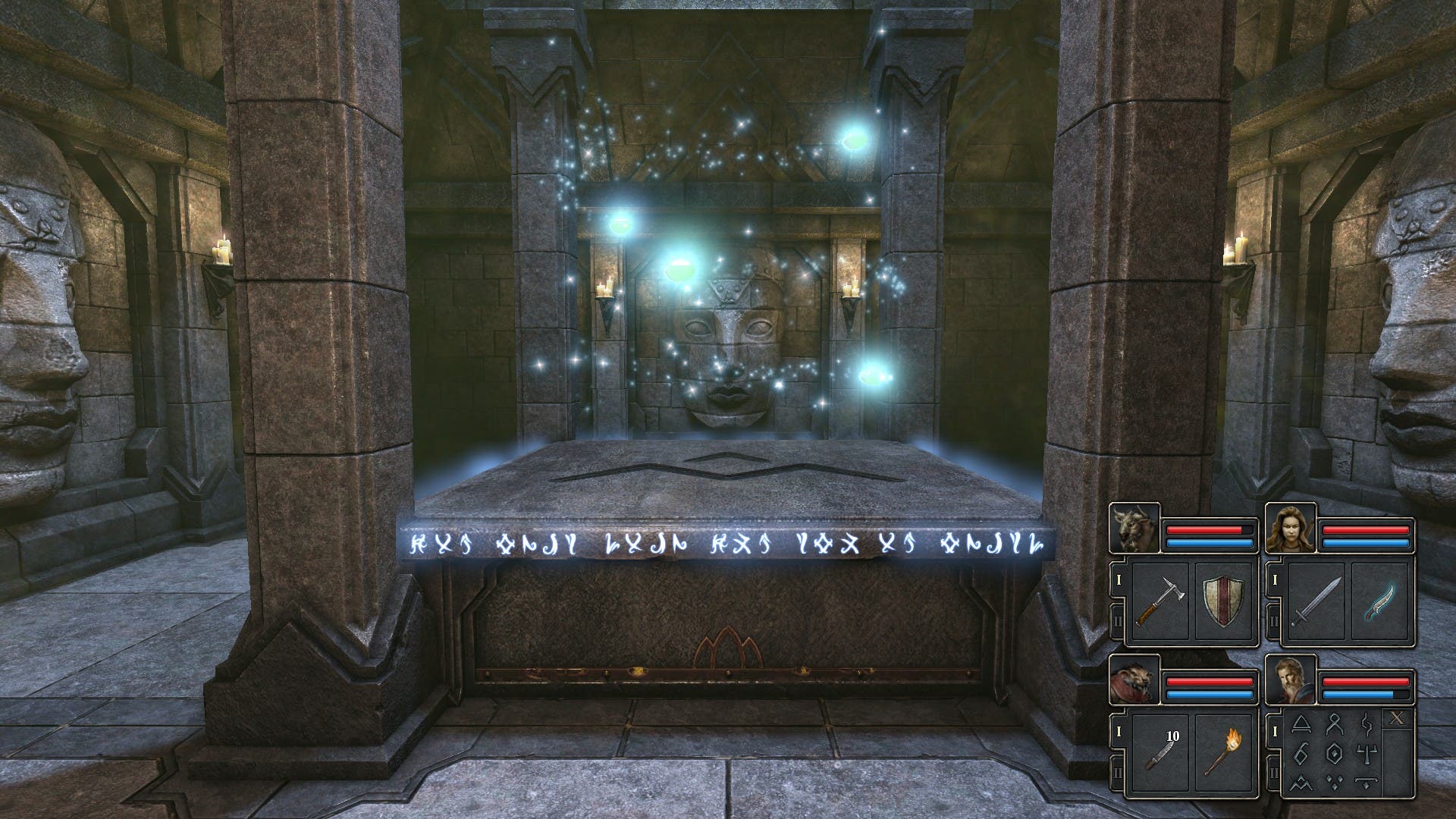 The Island Master has many tricks up his sleeve, and will leave traps for you. I happened to come across a very powerful weapon that, upon swiping it from its resting place, I was transported to a dungeon, surrounded by mummies. After successfully defeating them, the weapon was mine, but cost me one of my party members. Luckily a healing crystal was nearby so that I was able to resurrect her.

Exploration is so wonderful here, even more so over the original. Legend of Grimrock was very linear, similar to the original Diablo in which you just kept going down in the one dungeon. With Legend of Grimrock 2‘s open landscape, you are able to explore how you see fit. You can even walk underwater, which is kind of silly, but it gives a whole new (dangerous) area to explore. And very quickly you can begin to drown. Areas you’ve explored can be cleared, to where enemies will not repopulate. This makes backtracking and going through places you’ve already cleared be less of nuisance. 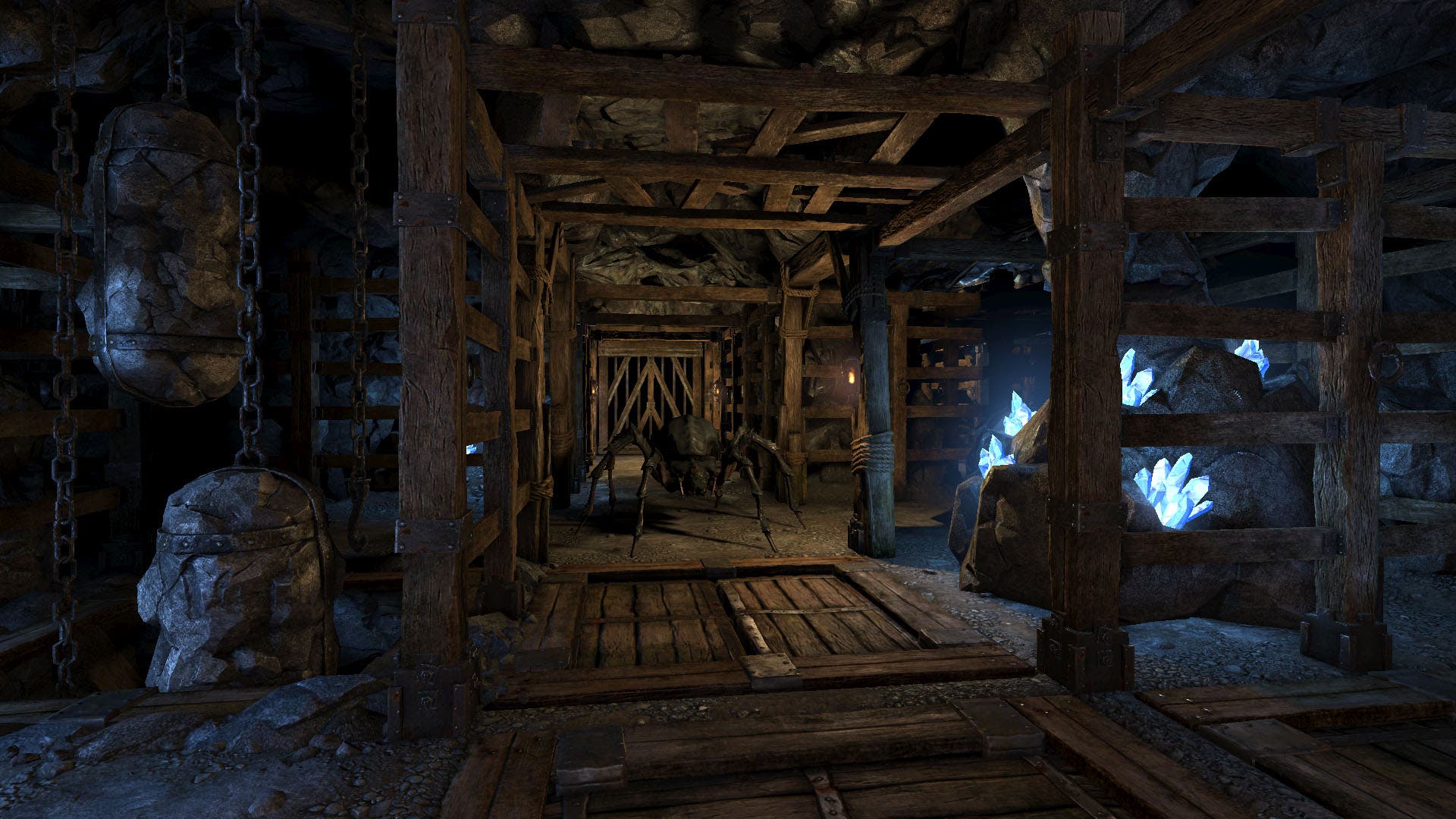 Legend of Grimrock 2 is not all that dissimilar from Legend of Grimrock, other than the aforementioned environmental changes. A lot of the same sound effects are reused. A lot of the wall textures are reused throughout any of the dungeons you encounter. However, hidden buttons are much more varied and disguised this time around. It’s easy to miss a switch that will reveal a secret or open the door you can’t seem to open through conventional means. Though, this is far more than some expansion.

Coming late post-release of Legend of Grimrock, was the Dungeon Editor. It allowed those with any creativity to design combat dungeons, puzzle dungeons, or any combination in-between, and then share them to the Steam Workshop. Now built-in at launch, is the same. Custom Dungeons can be created and shared as soon you learn the tools. The possibilities of this feature are yet to be known, as we are likely to see some remarkable dungeons created by the community. 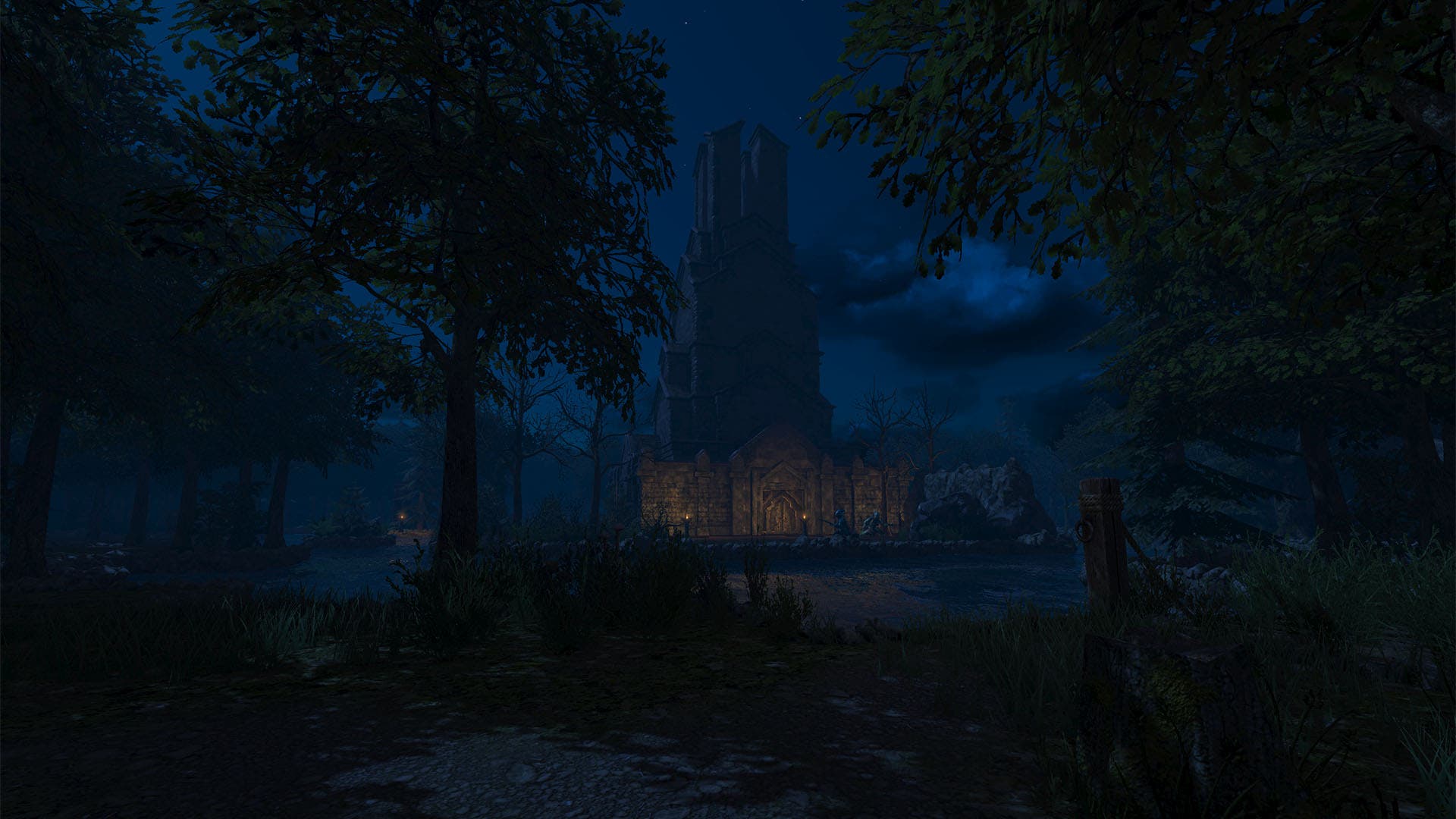 Legend of Grimrock 2 is not perfect, but the immersion and wonder that can be found on the Isle of Nex is incredible. From the moment you step foot on the beach, you are left to your devices. And this is where Legend of Grimrock 2 really excels, being a game about exploration and discovery at your own pace without being too punitive with the puzzles and combat that you have to endure. With elements of survival, makes this an absolute gem for 2014, and a surprise for anyone who doesn’t have this game on their radar.