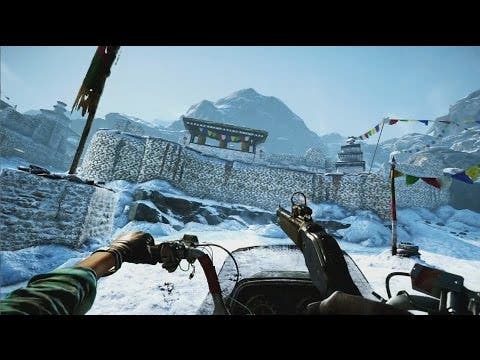 Far Cry 4 invites you to the Midlands of Kryat

Today, Ubisoft released a new trailer which takes viewers on a visual tour of Kyrat’s dangerous midland and Himalayan regions. The trailer provides a glimpse into Kyrat’s vast forests, where its booming drug trade, exotic animals, brutal blood sports and the deadly Arena competition is prevalent. Viewers will also get a look into Kyrat’s snow covered Himalayan peaks. From the Royal Army’s elites, ravenous wolves and tigers, and avalanches, every moment is a near-death experience.