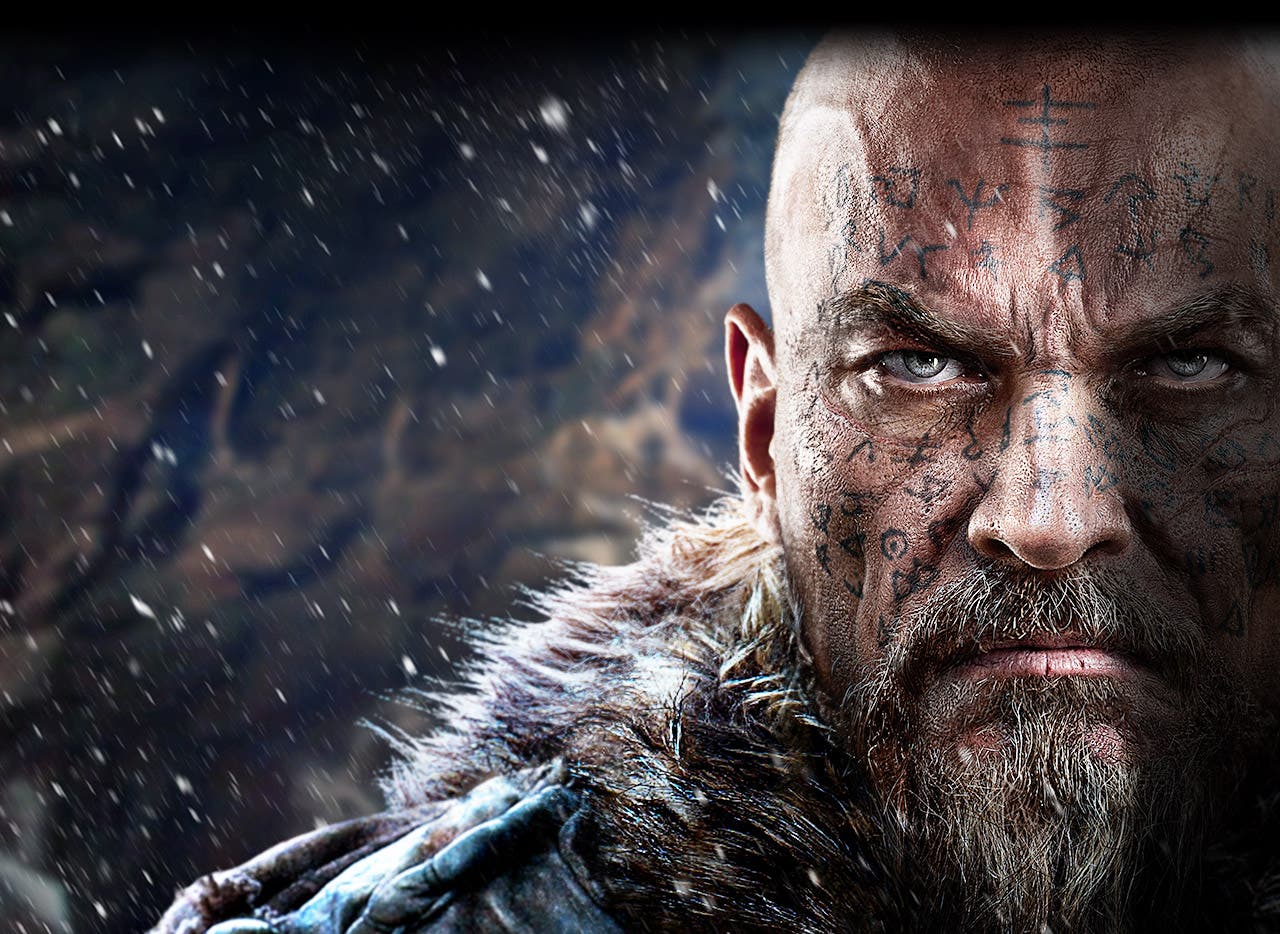 Lords Of The Fallen Review

Charles Caleb Colton wrote, “Imitation is the sincerest form of flattery”. In many games, imitation can be a crutch to make itself recognizable but completely unmemorable. While Lords Of The Fallen has enough of it’s own personality to differentiate itself, comparisons will be made to BANDAI NAMCO’s other published title, Dark Souls. And that’s not a bad thing.

Harkyn, who you play as, has been released from imprisonment to stop the Rhogar invasion. Kaslo, your mentor, comes along to help defeat the Lords (part of the title of the game). The game all takes place in a localized area, contained in snowy mountaintops. So instead of traversing unique, identifiable locations, you’re navigating the samey kind of places under different names: monastary, catacombs, citadel, and the keep.

A surprise to myself, and anyone playing is the extensive dialogue trees. Some conversations require a decision to be made, but their long-term impact is not felt until much later, long after you’ve forgotten what they could be. The voice acting from any one character, including your own is not terribly good, there’s no cadence when speaking. Luckily that is not the main draw here, the combat is familiar and challenging. 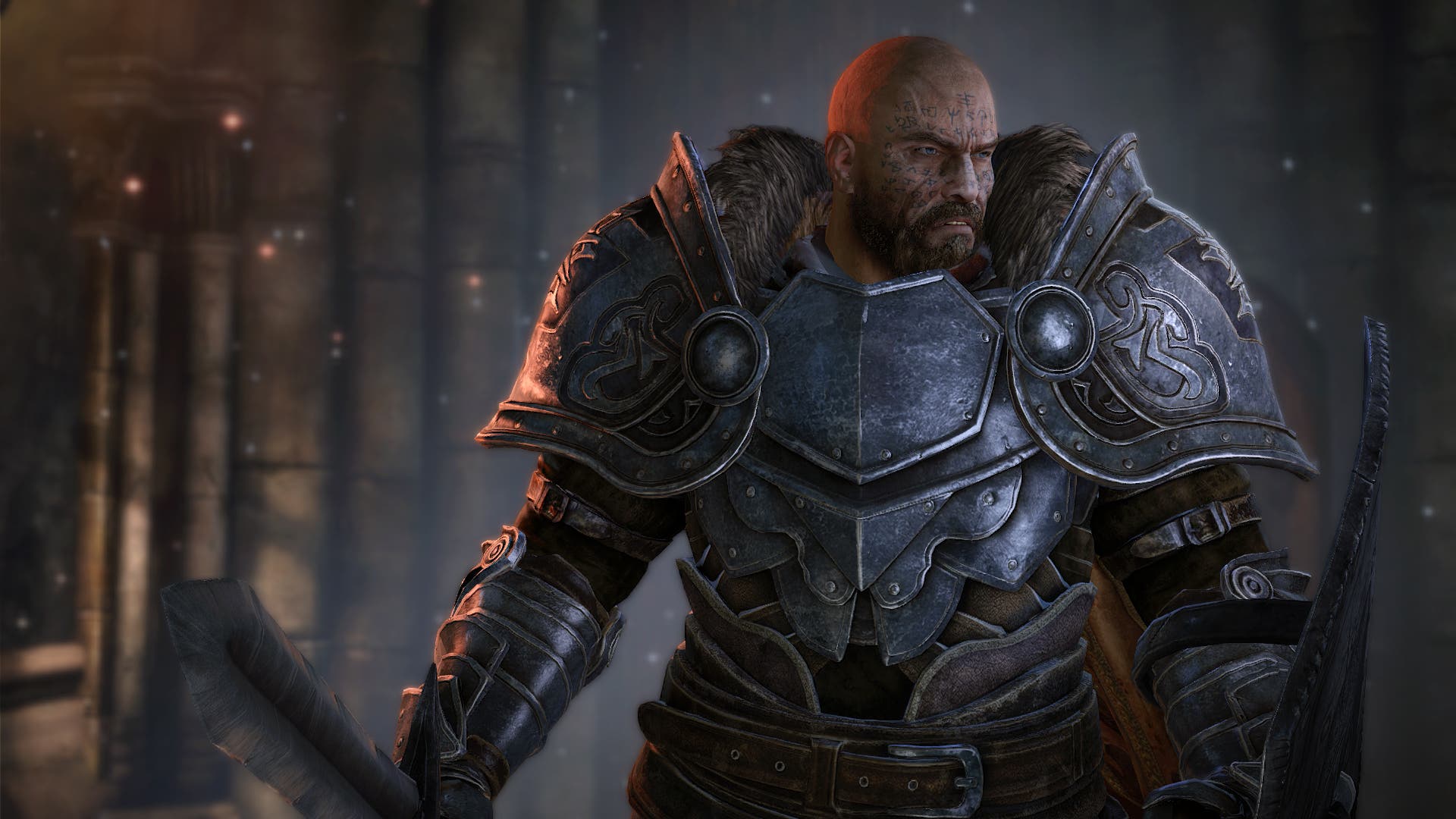 The skeleton of Lords Of The Fallen is very much Dark Souls, but the muscle, tissue, and skin that goes on top of it, is unique all its own to Lords of the Fallen. From the way armor is handled, to loot, the combat system, and more. I’d like to refrain from using “Dark Souls Lite” as an identifier, because that might infer a game you’ll breeze through, you’d be wrong.

Patience is a virtue. The combat of Lords of the Fallen is a dance. You can’t just come in swinging with reckless abandon. You have to monitor your stamina bar. Charged attacks consume more stamina, but have bigger payoffs if they connect. Defensive maneuvers allow you to shield bash opponents that can knock them on their ass. This type of power is simply not felt in a Souls game.

If you have enough faith, the mana that powers your magic, you can cast spells. At the beginning of the game, you’ll have options to choose different casting abilities. But the multi-purpose weapon acquired early on, is the gauntlet. Capable of shooting projectiles, blasts, or explosives, also taps into your magical powers to deliver devastating attacks and a third weapon type. 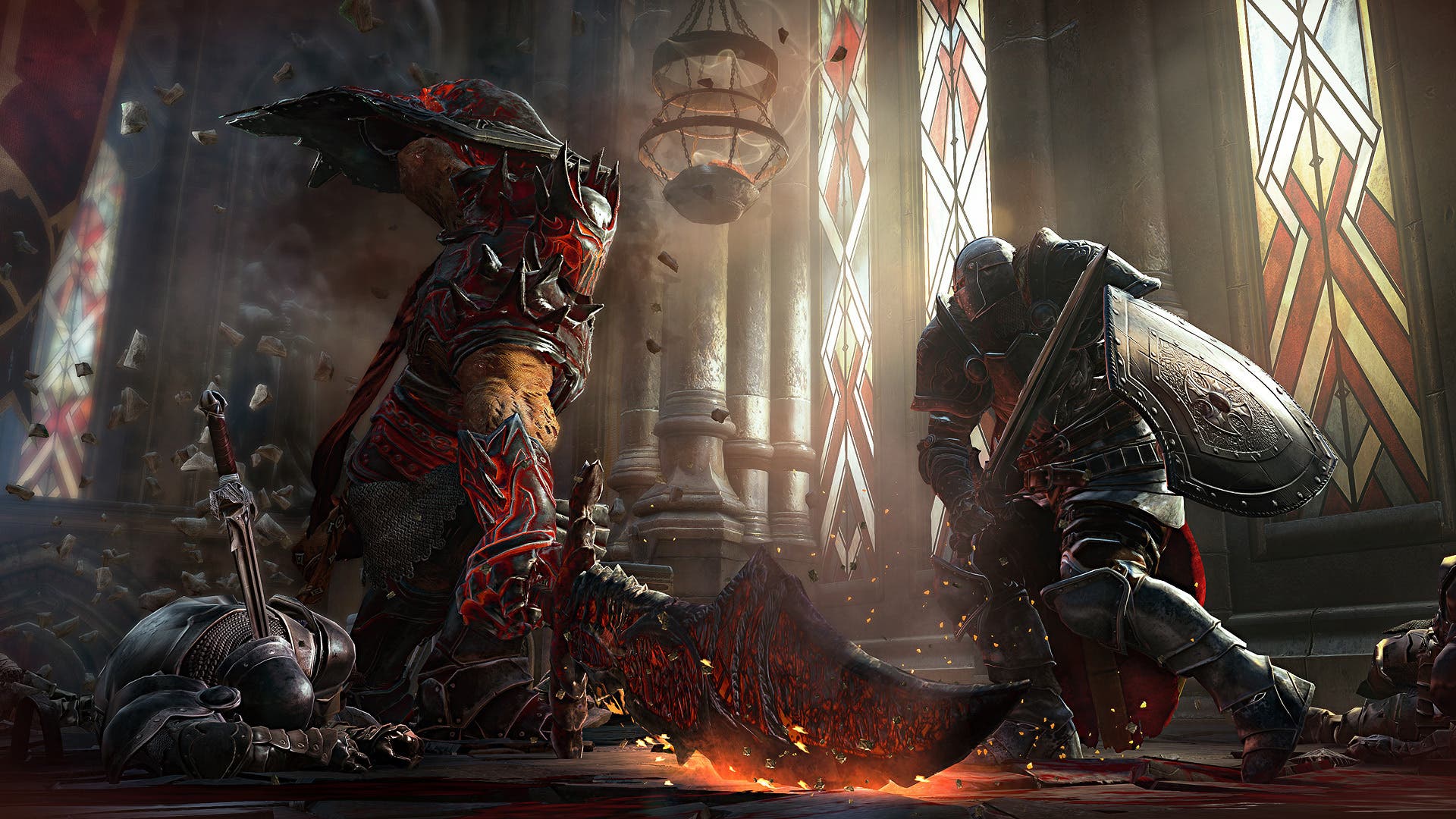 Early on, the game emphasizes that stealth is an option, to avoid combat. For instance, one of the first enemies you encounter is blind, and only react to sound. Why you’d really ever want to avoid combat, as each kill will be experience to bank is a mystery to me. Whether stealthy or not, if you manage to be facing an enemy’s backside, you can execute a backstab – and in most cases, is a one-hit kill. But sadly the camera gets wonky, and will be horribly out of position during these cinematic backstabs.

Lords of the Fallen takes a unique approach to the armor of the game, making it extravagant and with ornate designs that are highly detailed and textured. But it isn’t all about looks. Armor has weight, and given the encumbrance of the type of armor you wear, can affect the speed at which you roll and how much stamina it consumes. And thankfully, it doesn’t degrade by death or use. Armor sets, once collected, can be equipped at the press of a button. Though the radial menu for selecting pieces of armor is clunky to navigate and choose an item.

If you considered Dark Souls to have a risk/reward system of holding onto souls before cashing them in at the next bonfire, or returning to a bonfire previously visited in order to upgrade, then consider Lords of the Fallen‘s system “Risk/Reward 2.0”. A combo meter fills with each kill to give more and more XP, an addition to a multiplier. So essentially the longer you stay alive, the more experience you earn. This also increases the magic find of items obtained from chests. So think before you “bank” it, and redeem your hard-earned experience. There are even achievement/trophies centered around not banking serious amounts of XP. So this is encouraged behavior.

Checkpoint crystals are found at the right spots. They aren’t too far or too close from one another, and they refill health and potions, but do not reset the enemies. This small, but meaningful change is in favor of the player. Now you’re able to catch your breath amongst all the combat and explore freely once an area has been cleared. 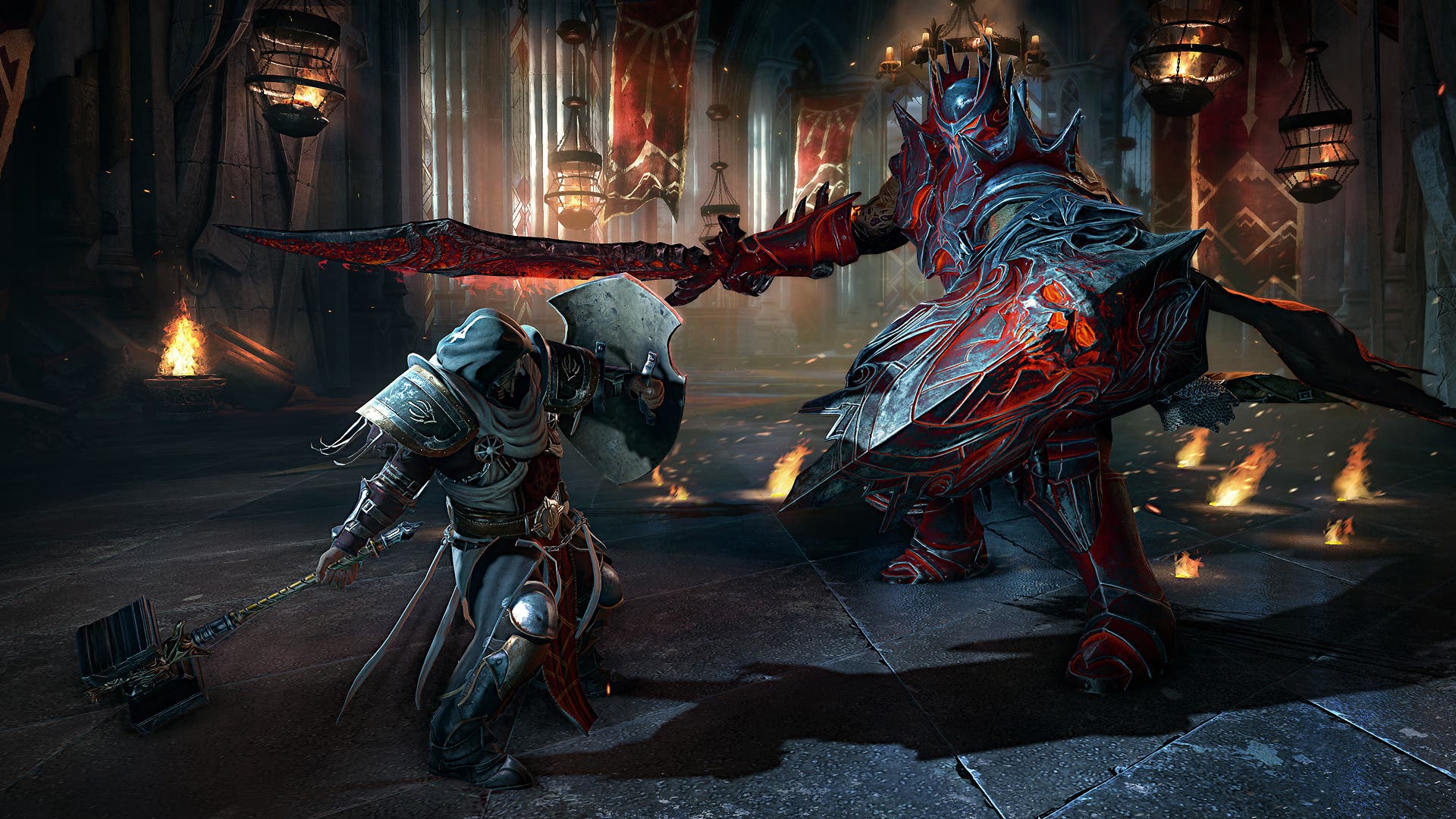 The game’s flow is stopped by boss fights. If you get stuck on a boss fight, you are kicked out to the checkpoint. But you can’t go anywhere else. Lords of the Fallen‘s linearity becomes problematic as you cannot come back later by going to a different area. This eventually opens up, but all alternate paths lead to much more difficult areas, moreso than the boss you are having problems with.

Bosses often get their extremely large, unwieldy weapons stuck into the ground, open for attack. Or leave themselves open in some manner to sustain damage. You’ll find that each boss has four pips. Once one stage has been shaved away, some bosses take off armor or change their attack pattern. Others don’t. But you have to really pay attention to patterns and repetition. 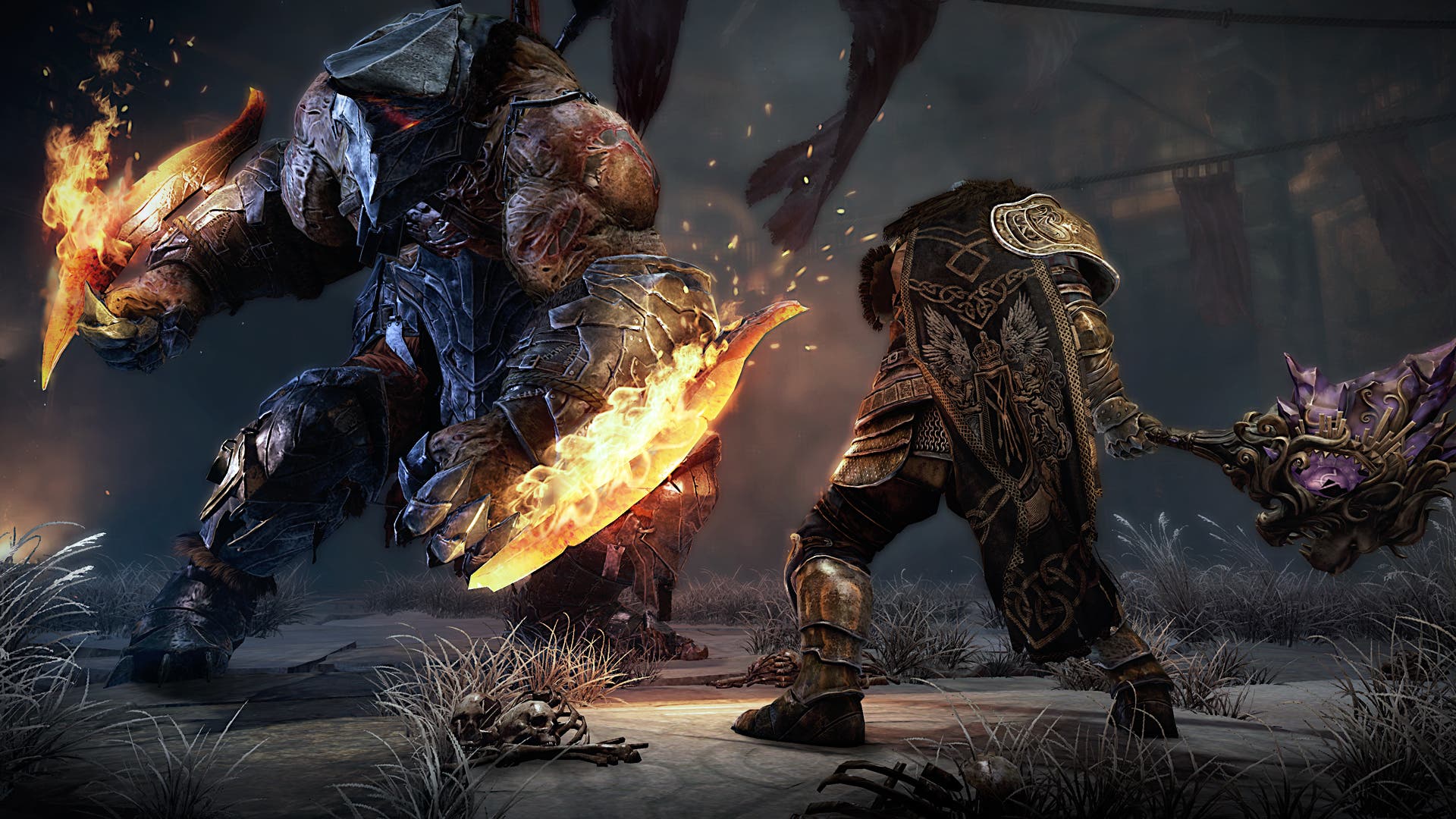 Visually, this game’s incredibly clear textures, liberal use of chromatic aberration is a bit off putting, but overall is just stunning to see in motion. And in many ways, visually the game reminds me of Darksiders II. But weapons spark when metal meets metal, embers leave fiery objects making for impressive particle effects.

The sweeping score of Lords Of The Fallen‘s music is excellent. Sound effects are wonderful, but have their own oddities as those of dying enemies last too long and seem to come from above or below you 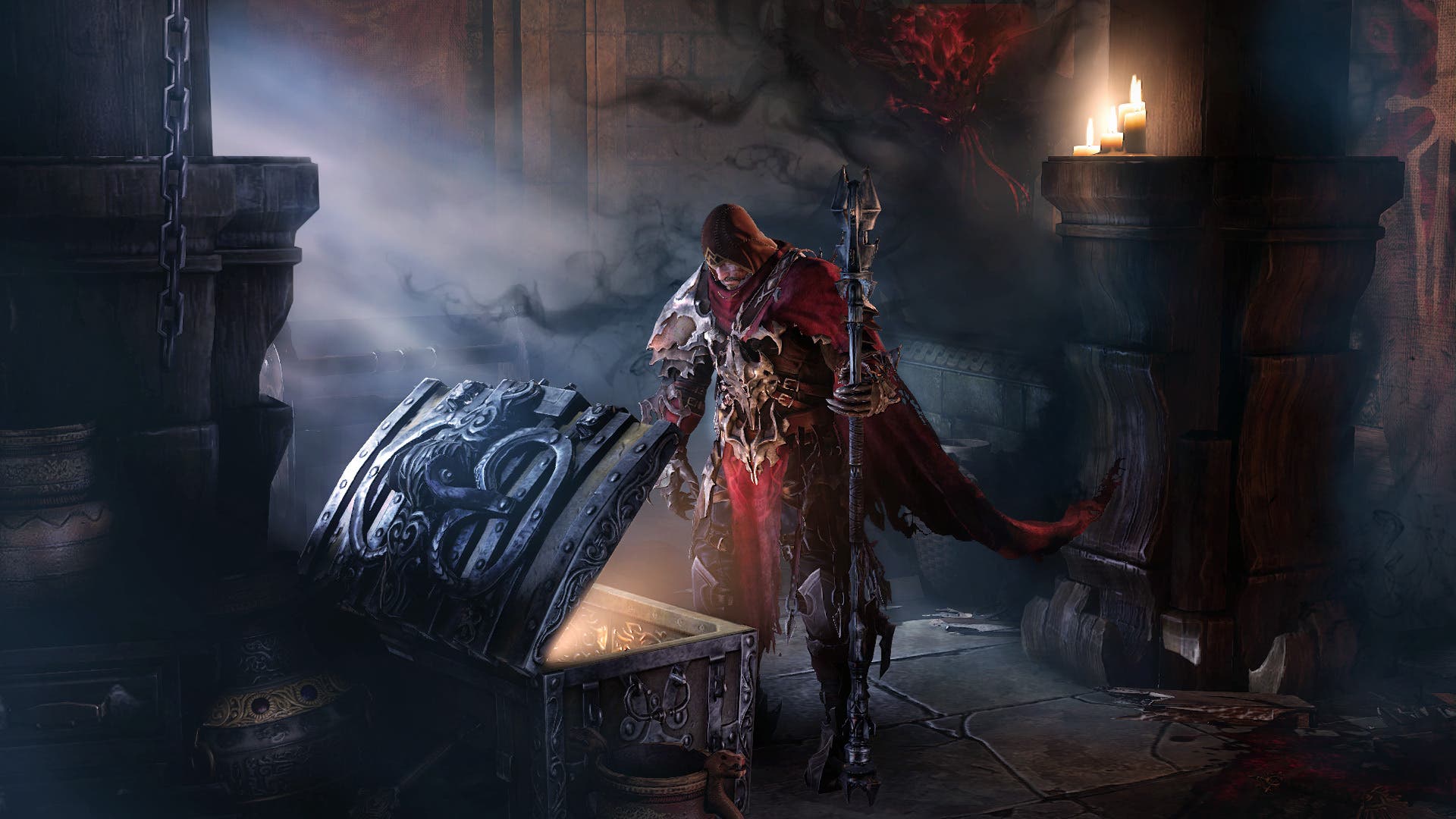 LordsOfTheFallen.exe has unexpectedly stopped:
I received a review code on Day 1 and the game ran beautifully. This was not the case for others, especially for those who owned AMD cards. As the week went on, the game increasingly got worse for me. And at this point, is almost unplayable as the game crashes often. Your experience may vary, but the PC version is in a state that I can’t fully recommend. But this is something that can be patched as it didn’t start off this way, performance wise. 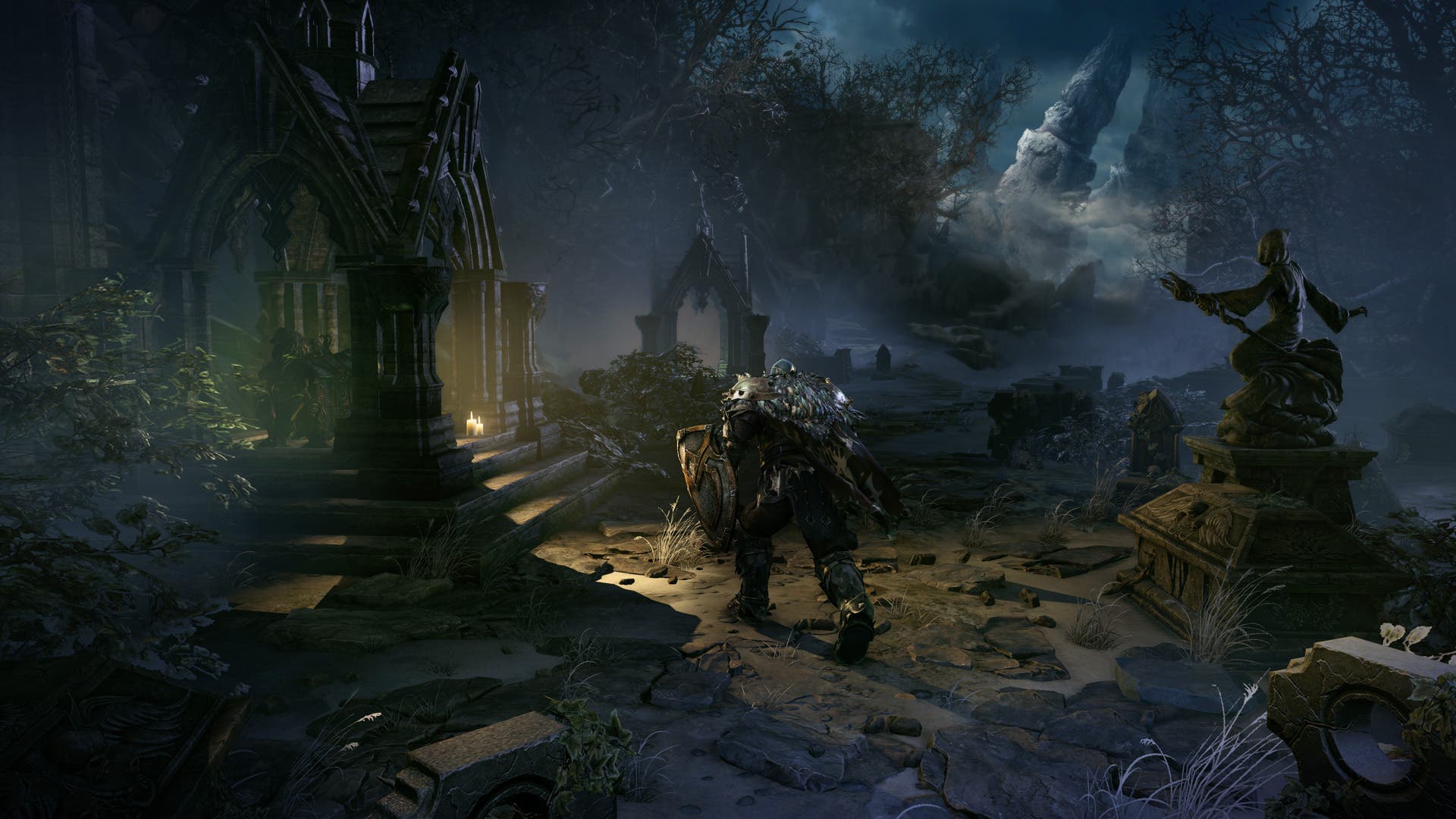 With a New Game+ and New Game++, there’s a lot to play, even in other playthroughs across other classes. It’s a fine little brother Dark Souls with its own personality. It’s slightly easier to get through with the much more linear focus of the story. This is a fun, challenging game that’s worthy of your time. And those who who weren’t particularly fond of the Souls games will find more differences than you’d be led to believe.

A Steam code was provided by BANDAI NAMCO for review purposes