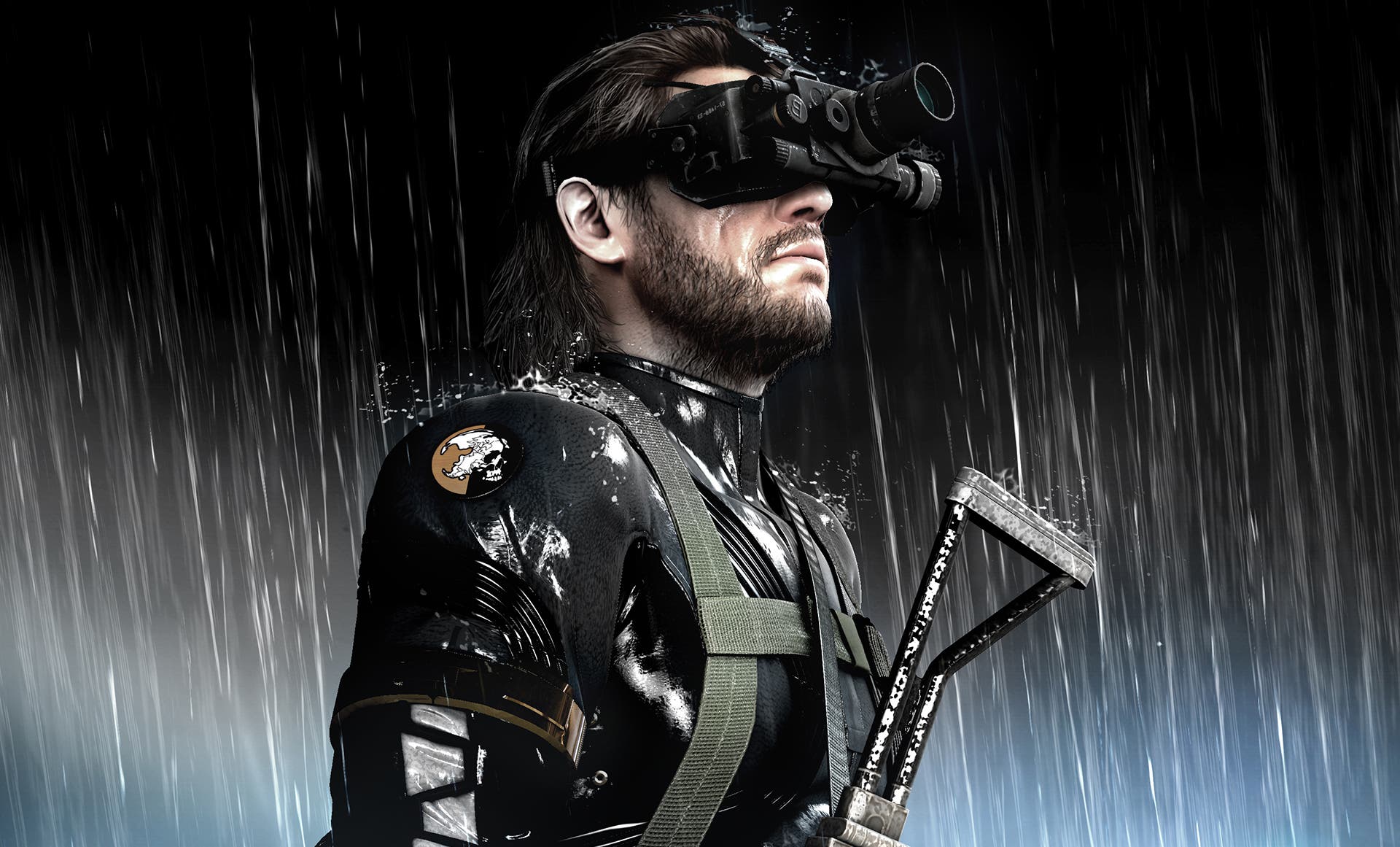 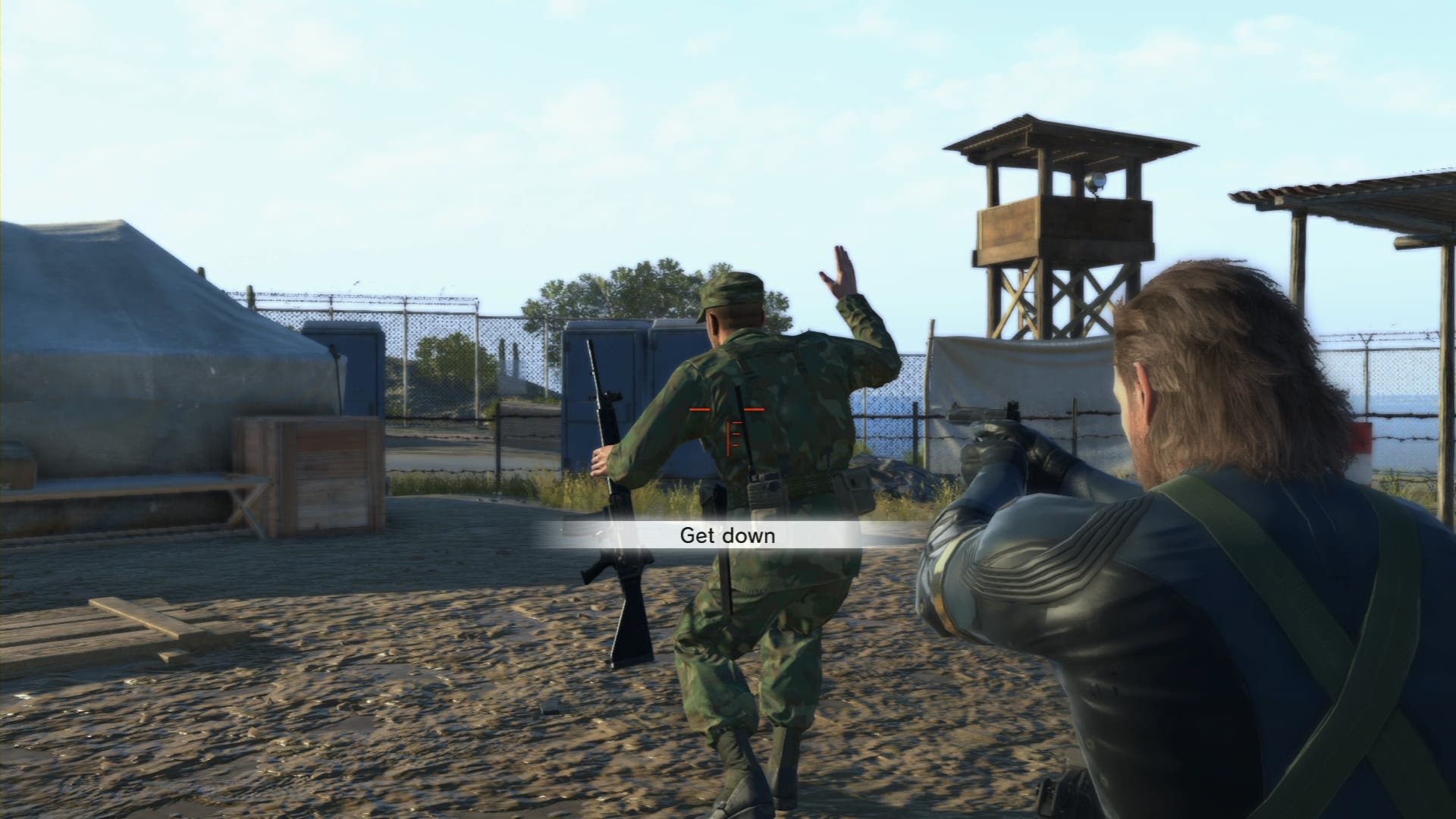 Editor’s Note: We reviewed Metal Gear Solid V: Ground Zeroes earlier this year. The only difference here is the system it was played on, Abdul Ahmad’s original review covers on the larger details and back history of the series that he’s more acquainted with. This review focuses on the PC version’s unique features, as well as a brief alternate take on the game.

As an outsider, I honestly have no idea what to expect from the series. My first and only entry to Metal Gear, was Platinum’s release of Metal Gear Rising: Revengeance. Many would say that’s not a proper game in the series, but beyond that I have not reverence or history with the games that preceded this. Ground Zeroes includes an 11-page back-story to read through. This helps bring you up to speed, but it only covers the events of Metal Gear Solid: Peace Walker, which this game serves as a direct follow-up to. You play as Big Boss, now voiced by Kiefer Sutherland, who is only used sparingly here. His performance as a whole is as shallow as his presence, so I really can’t speak to what he adds, because it isn’t much. Ground Zeroes is also a prologue to the upcoming Metal Gear Solid V: The Phantom Pain. And after I beat this game, am wholly excited for. 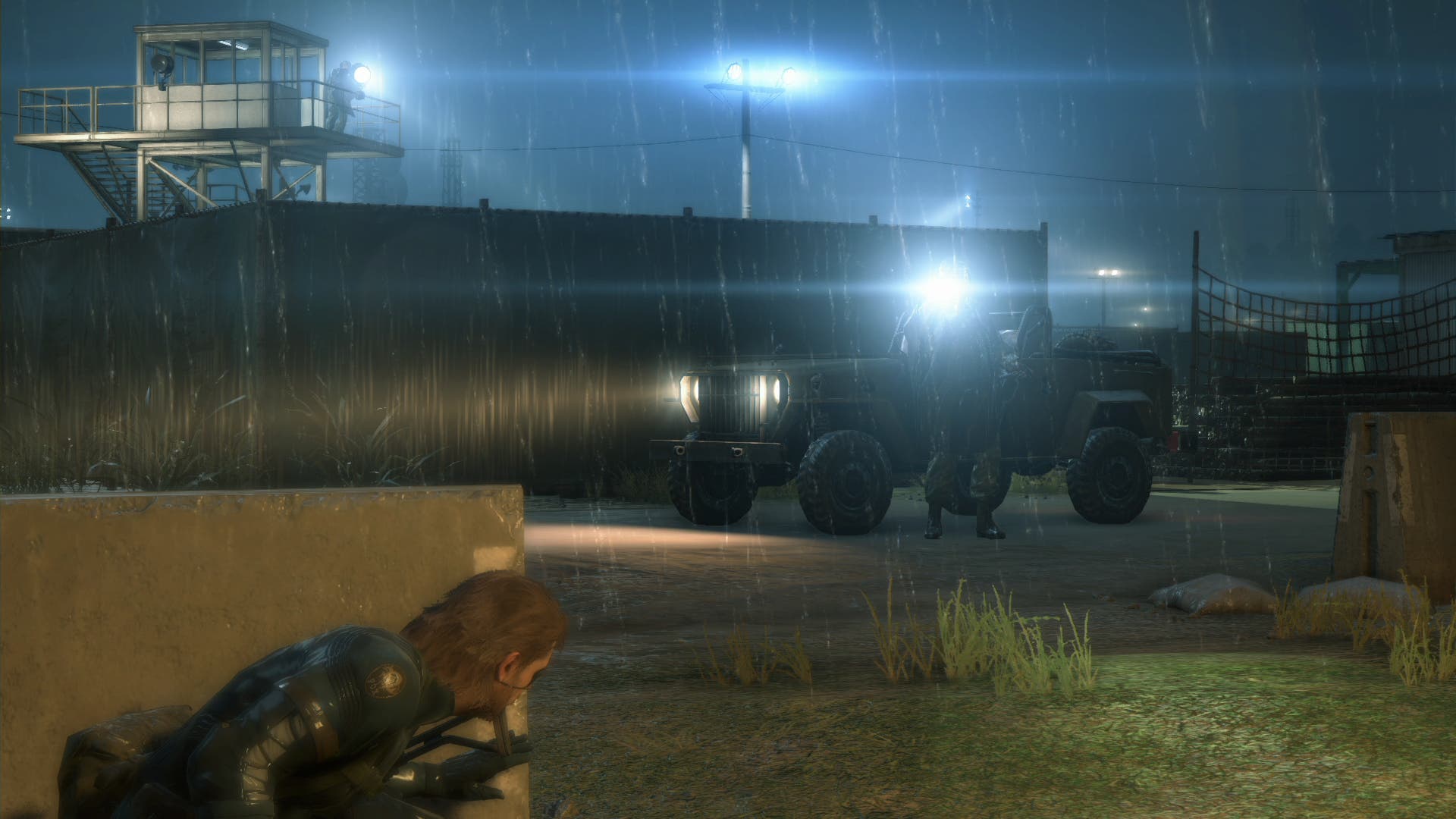 This plays like a modern third-person shooter with stealth mechanics that rival others in the genre. And unlike most, Ground Zeroes takes place in a confined, but yet completely open area that lets you experiment with different tactics for achieving the same goal. Being seen is only the beginning, and not the end of the mission. You can fall back, and recover until the alert subsides. Then you can come back in and try again. Most times, you’ll start stealthy, taking cover, knocking out guards via CQC or the tranq gun. But ultimately, things devolve, and end with guns blazing. This affects your score, but is no less fun and exciting that ultimately feels like action movie by mission’s end.

Reflex Mode makes its debut for the series, that gives you a second chance at evasion or eliminating the enemy from calling out for reinforcements. It can be disabled if you feel it is too easy for you, however. You have your binoculars that can tag enemies, bringing awareness to Snake the whole way through. You can challenge yourself by removing elements of the HUD to make the game more difficult, as well. 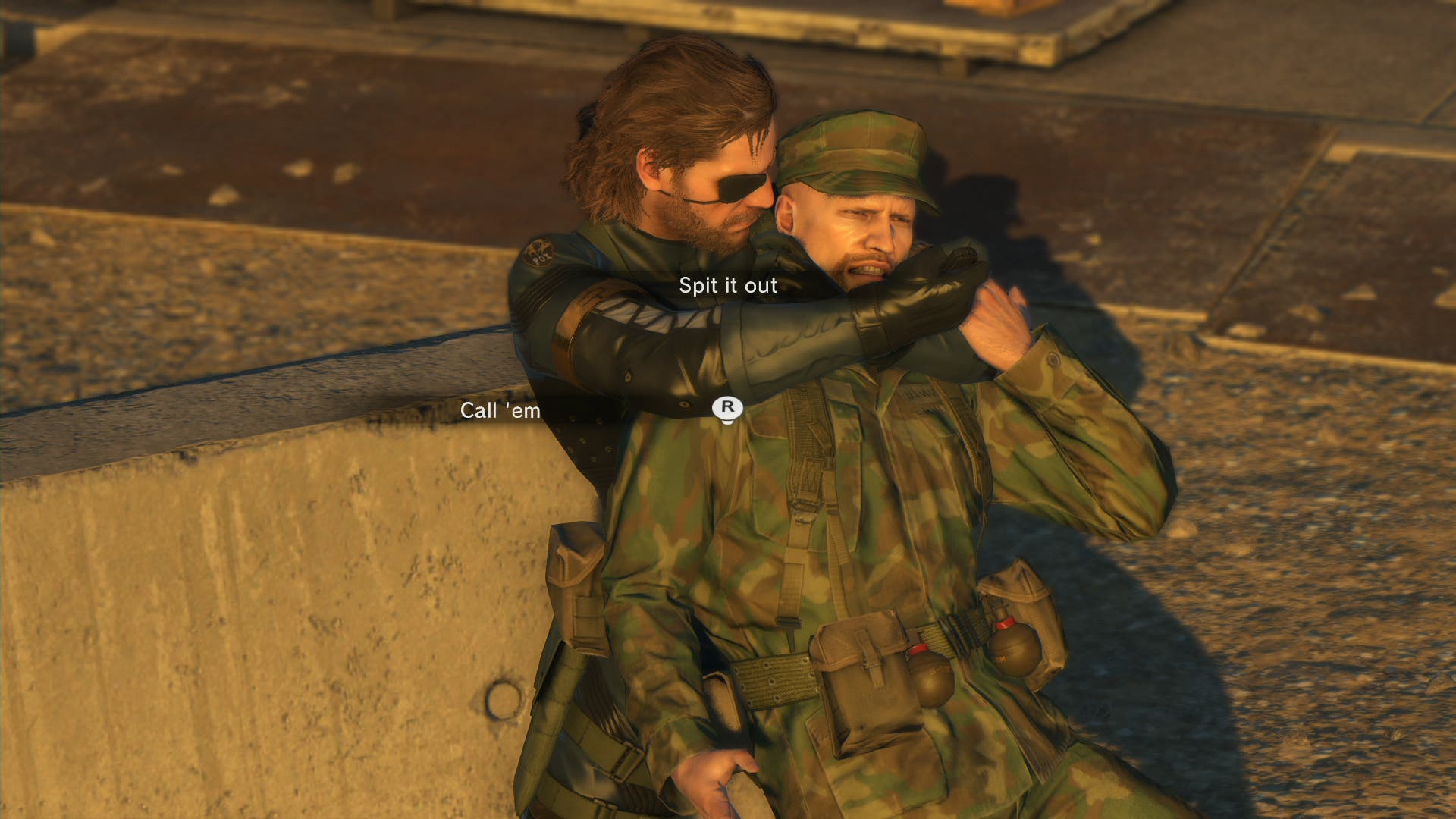 Aside from the main mission “Ground Zeroes”, there are other Side Ops for you to partake in. There are missions having you find two specific people to assassinate, destroying anti-air weapons, and recovering intel. These missions also take place at different times of the day. Only the “Ground Zeroes” mission takes place at night, and under the cover of rainfall. But the way that the same island can be transformed by different lighting and weather effects really stands out as being versatile, essentially doing more with less.

Previously being exclusive console missions, Extra Ops includes both the PlayStation and Xbox missions, “Deja Vu” and “Jamais Vu”. Deja Vu has you recreating events from 1998’s Metal Gear Solid, and Jamais Vu has you playing as Raiden from 2013’s Metal Gear Rising: Revengeance. Deja Vu is more tonally in-sync with the series strengths and core concepts, while Jamais Vu is as ludicrous as this game can get, with a gun-toting Raiden running ridiculously fast through the levels. It feels the most out of place with all of the other missions included. 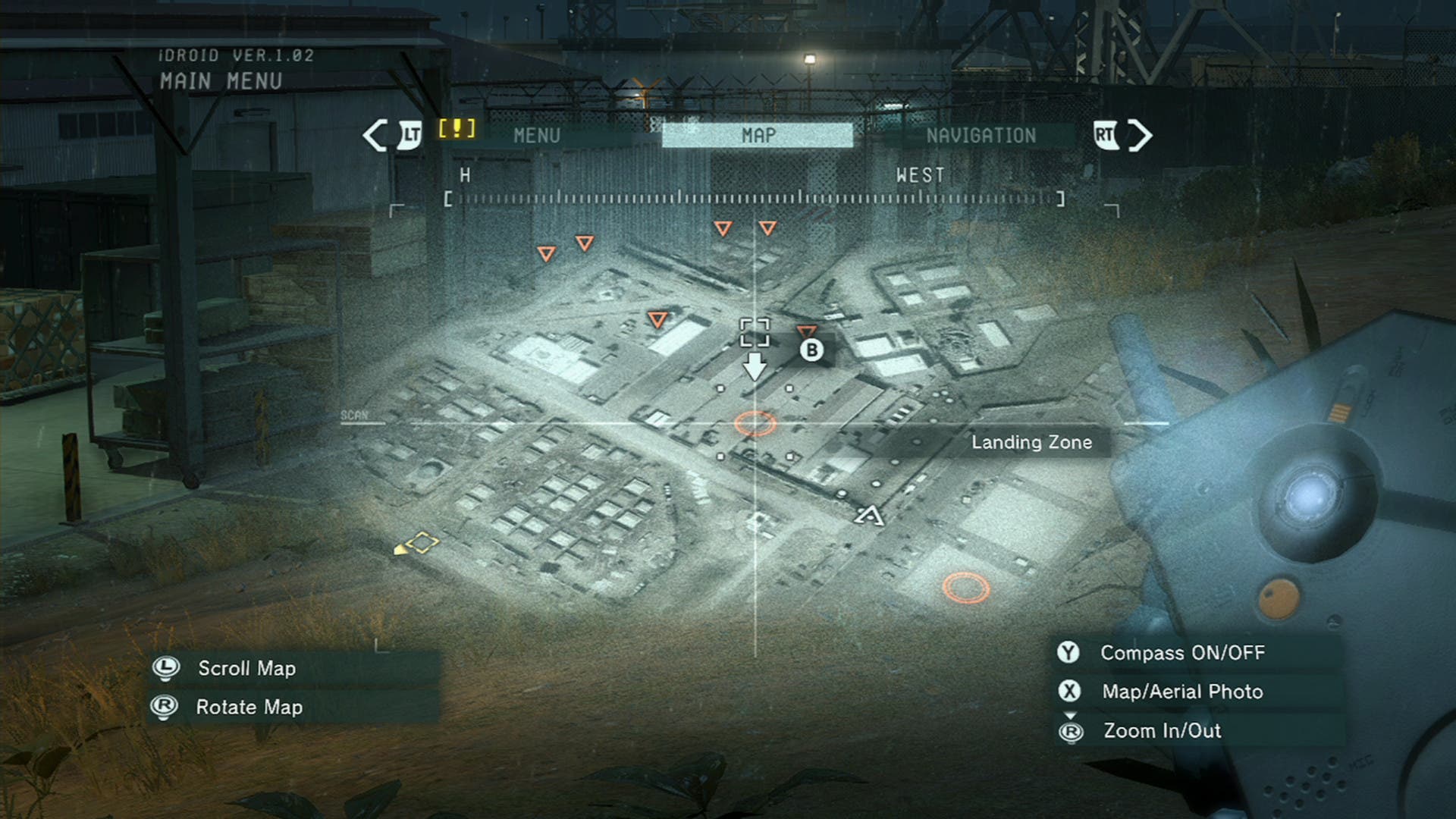 As many would expect, the keyboard and mouse work wonderfully here, giving the utmost precision when going for headshots. I have also used a DualShock 4 gamepad, and had an equally enjoyable experience, sans the nuanced aiming. And of course, the game looks insanely gorgeous. Even during the daytime, where it looks the most flat, is still stunning to see in motion. And I was able to max every setting, and attain 60fps throughout all of the action and missions. 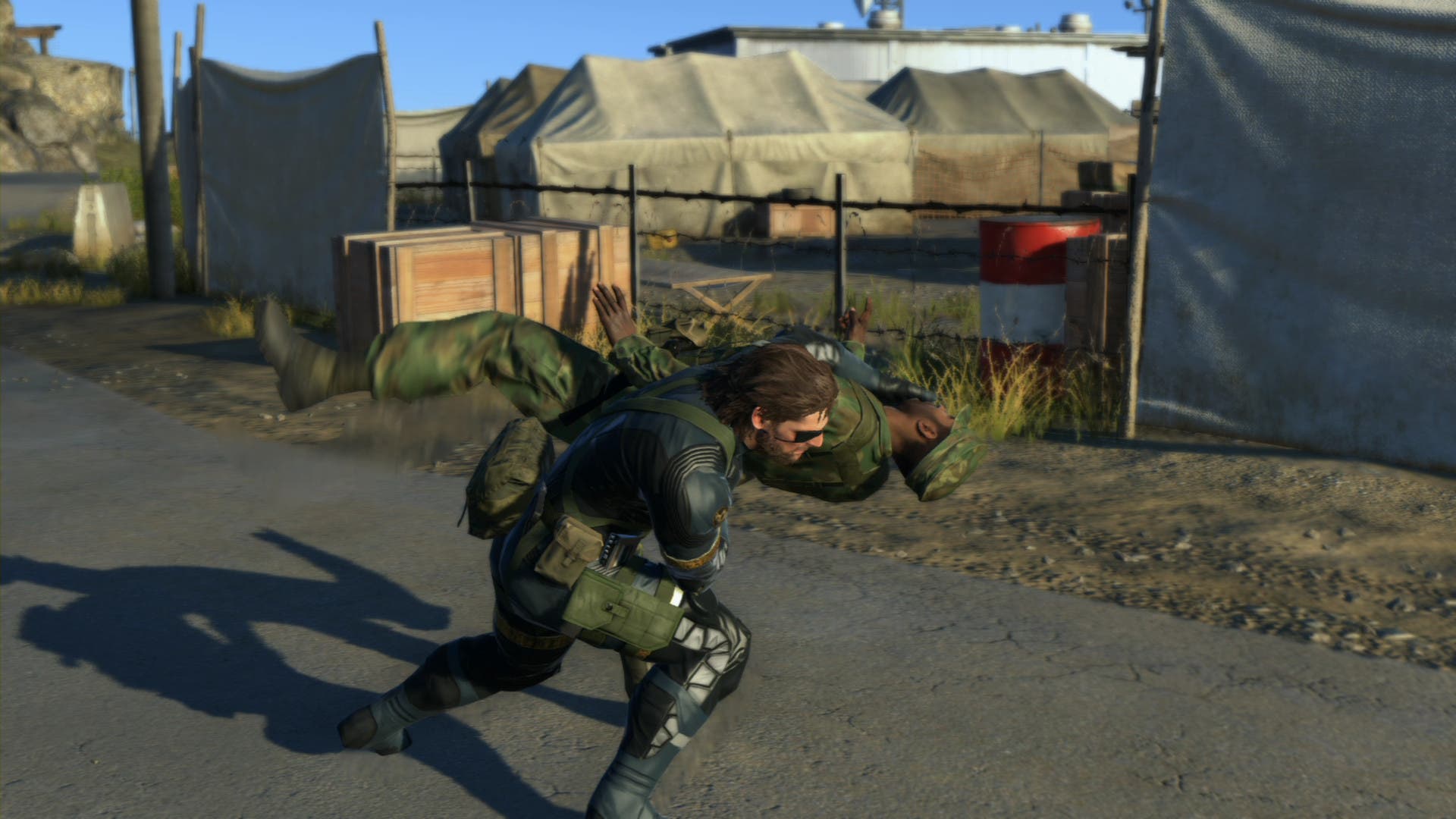 Metal Gear Solid V: Ground Zeroes is a glorified demo that validates its existence with a lot of replayability and unpredictability of its various missions and unique AI behaviors. This is one tease that has given me plenty of hours of playtime, and has me anxiously awaiting the full release of Metal Gear Solid V: The Phantom Pain in 2015. And as someone who has little familairity with the series as a whole, speaks volumes.