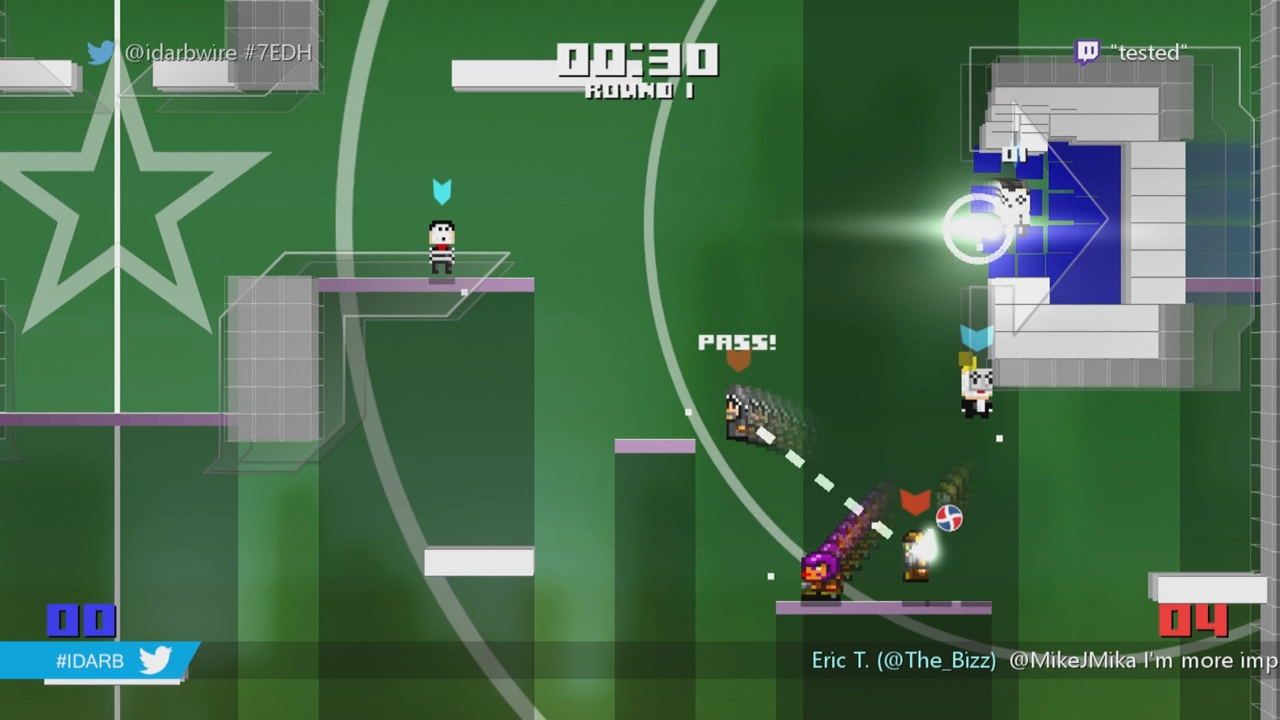 The very first thing you should do in #IDARB is go to the credits and listen to the song that is played. It’ll be well worth the few minutes to watch. After that be prepared to enjoy an incredibly fun game with addictive gameplay.

#IDARB is a game that was created with input from the community. Where once was just a single red block on screen, turned into an immensely fun competitive multiplayer sports game. The basic game play is similar to most sports in that you need to get the ball to your opponents goal. The game plays very much like Basketball with baskets to shoot in and scoring based on distance. Bonuses are rewarded for bouncing the ball off objects as well. There is just one play field to choose from which works in the games favor competitively as everyone will be accustomed to the same design. Platforms are placed throughout to force you to jump and angle your shots. The player mechanics are simple at just shoot, pass, steal, and jump which makes getting into this game super easy and overall good fun. The hardest part is trying to find your character in all the craziness happening on screen, and oh is there some weird out there stuff happening.

You’ll immediately notice the teams you can choose from. Everything is drawn in pixel art graphics and your teams can consist of just regular players, to presidents, to breakfast foods. If you don’t like the options, they’ve included a character creator so you can make your own designs. They also give you the tools to create your own music and billboards if you want to fully customize your gameplay experience. The game will even create QR codes to share your creations with friends. Once in the game the craziness doesn’t tone down. The announcer sounds like an overly enthusiastic basketball commentator, or to relate to another video game, the NBA Jam announcer. The play field size feels large enough where 1v1 or the max 4v4 can play comfortably yet At the max team size it feels just as disorienting as something like Super Smash Brothers. You can attribute this to the round aura your character creates when you try to steal the ball and to what are called Hashbombs. 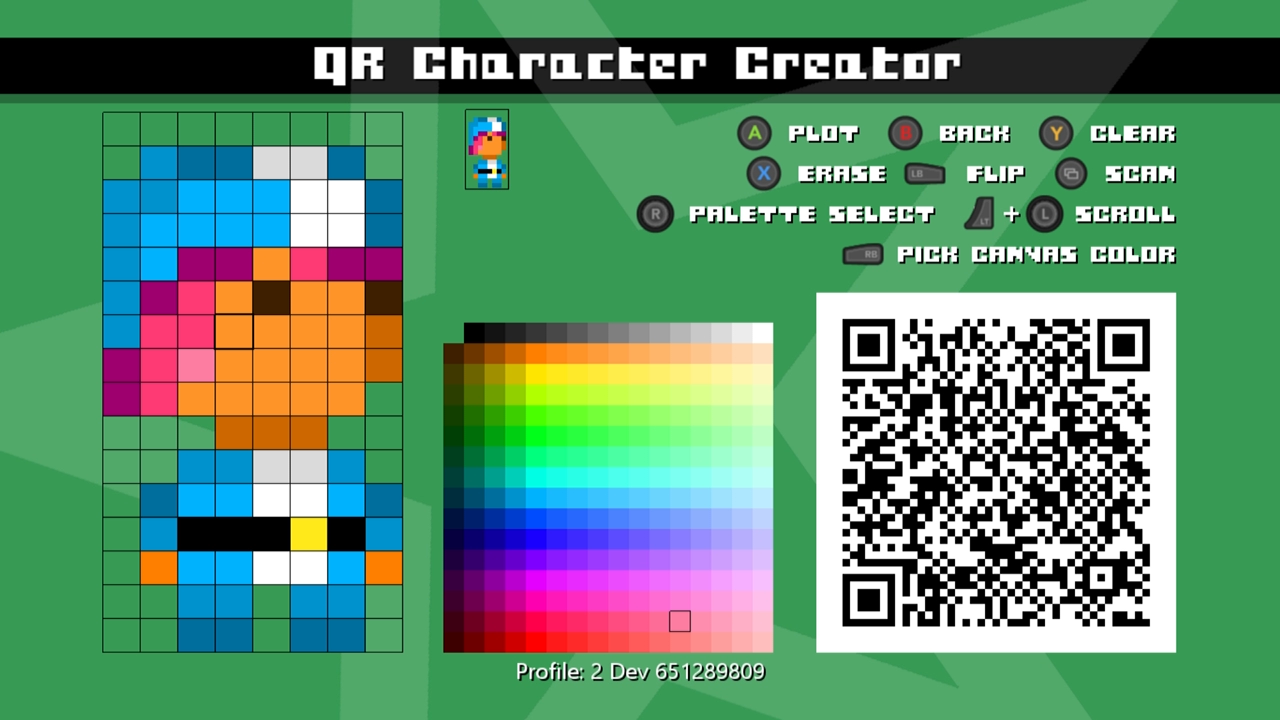 Hashbombs are part of the connected functionality of the game, you can easily stream the game through twitch so people can watch your matches but can interact with the game by typing in commands into the twitch chat or even though Twitter. There are a list of different commands viewers can type out and they can get pretty nutso. From rocking the screen back and forth like a ship at sea to mirroring the play field at half court, things can get confusing for the players. But it’s all in good fun and the hasbombs can be turned on, off, or even set to auto if you just want the game to decide when to have them occur.

The game isn’t without its faults though. Some will see the action on screen as a turn off when they can’t tell what exactly is happening, so this may not be the game for everyone in the family. The online multiplayer matchmaking is a little odd with how it handles finding players. If you go start a match with only 1 player, the game will try to locate 1 other player to play against. The game will not find players to join your team and your opponents team. To have a full room of four, you must have four players on a single Xbox One for the game to match you with another four players and a different Xbox One. As you can probably assume, it’s a game more tailored for the living room experience rather than the online one. 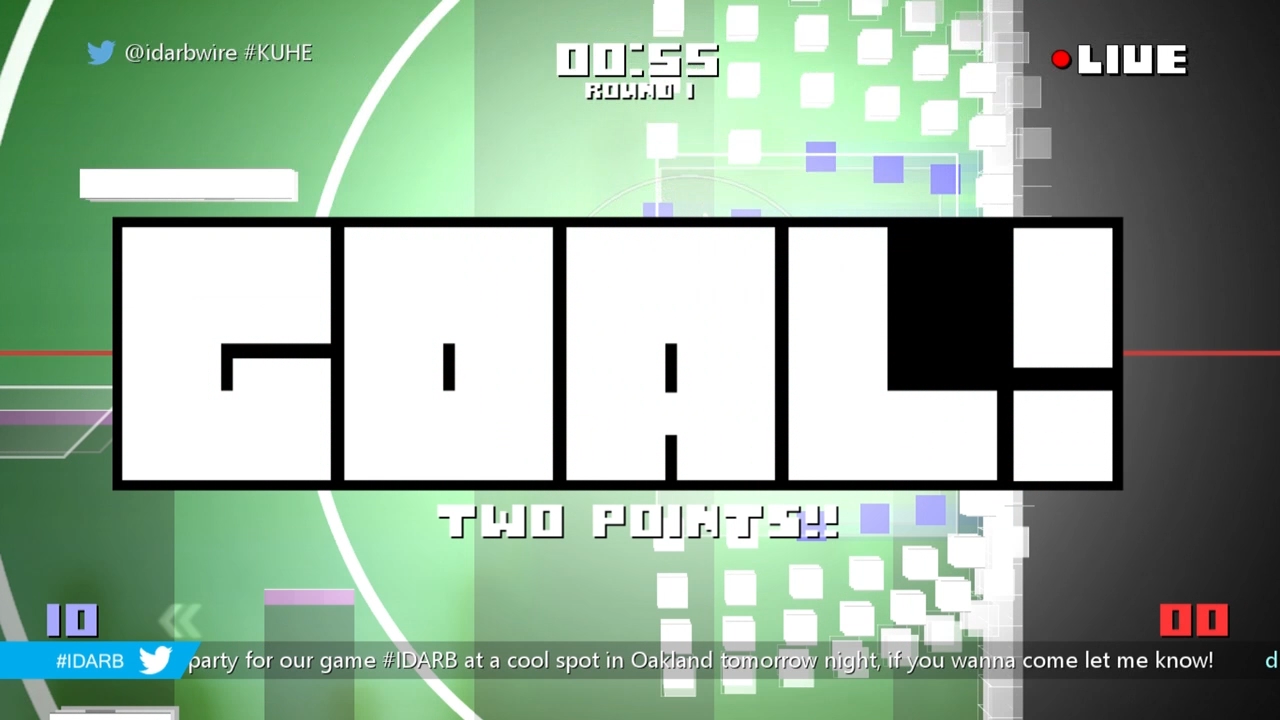 #IDARB can be considered something of an eSport: it’s competitive, fun, and players going in know that the game and field itself will be the same, but the players and strategies used will vary. Not only that, but with a friend in your living room, it’s also one of the most enjoyable party games that you can play on the Xbox One.

An Xbox One code was provided by PR for review purposes