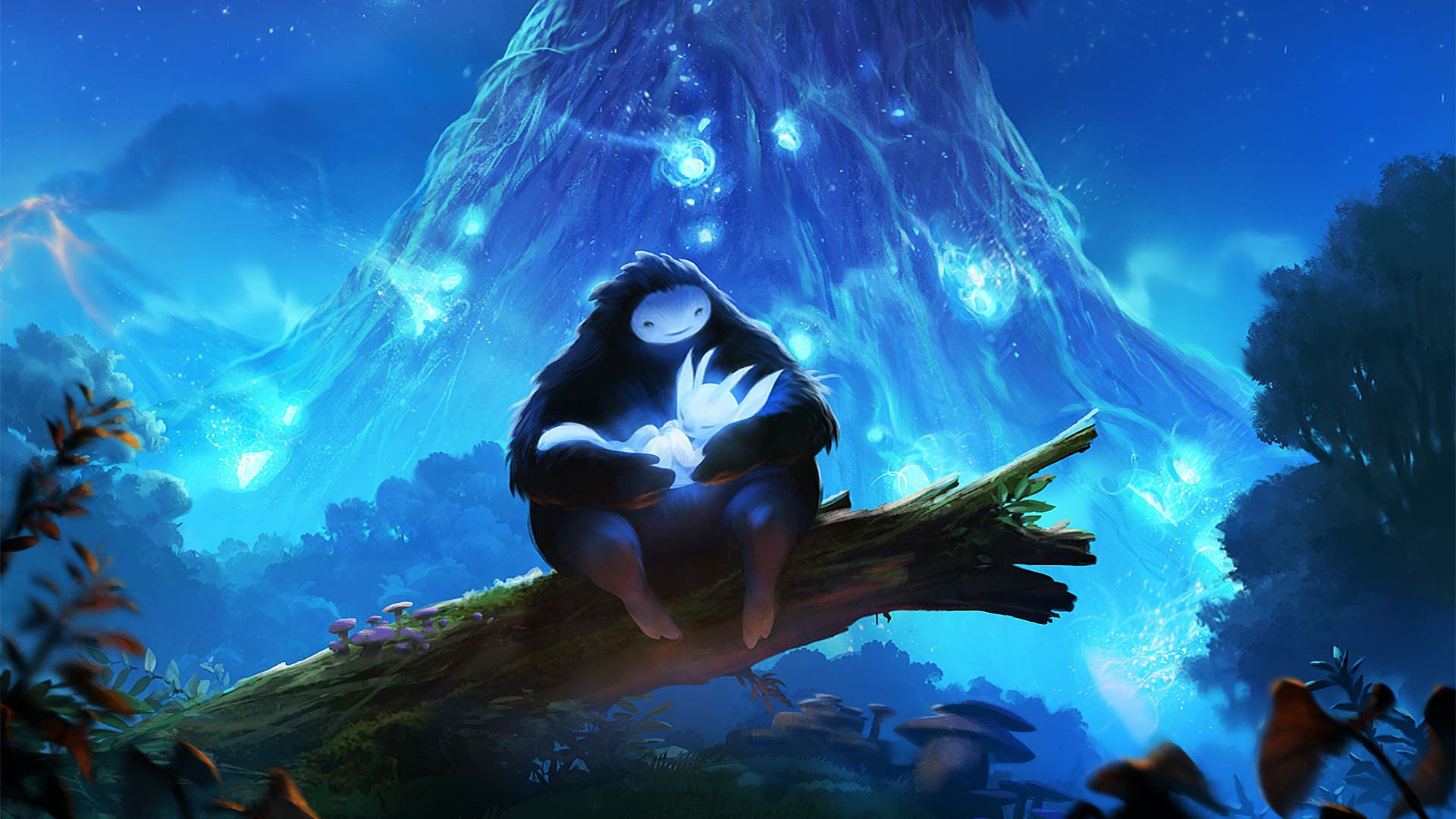 Ori and the Blind Forest Review

Ori and the Blind Forest gets my stamp of approval, it's only $20 out of pocket and the game makes sure to earn every last cent of that $20 with its fun gameplay and amazing visuals.

Moon Studios, the team behind Ori and the Blind Forest for the Xbox One and PC can say they have made one of the most impressive 2D platformers this generation. With Microsoft publishing, they’ve brought us one very beautiful and fun to play game that will hook you till the very end. 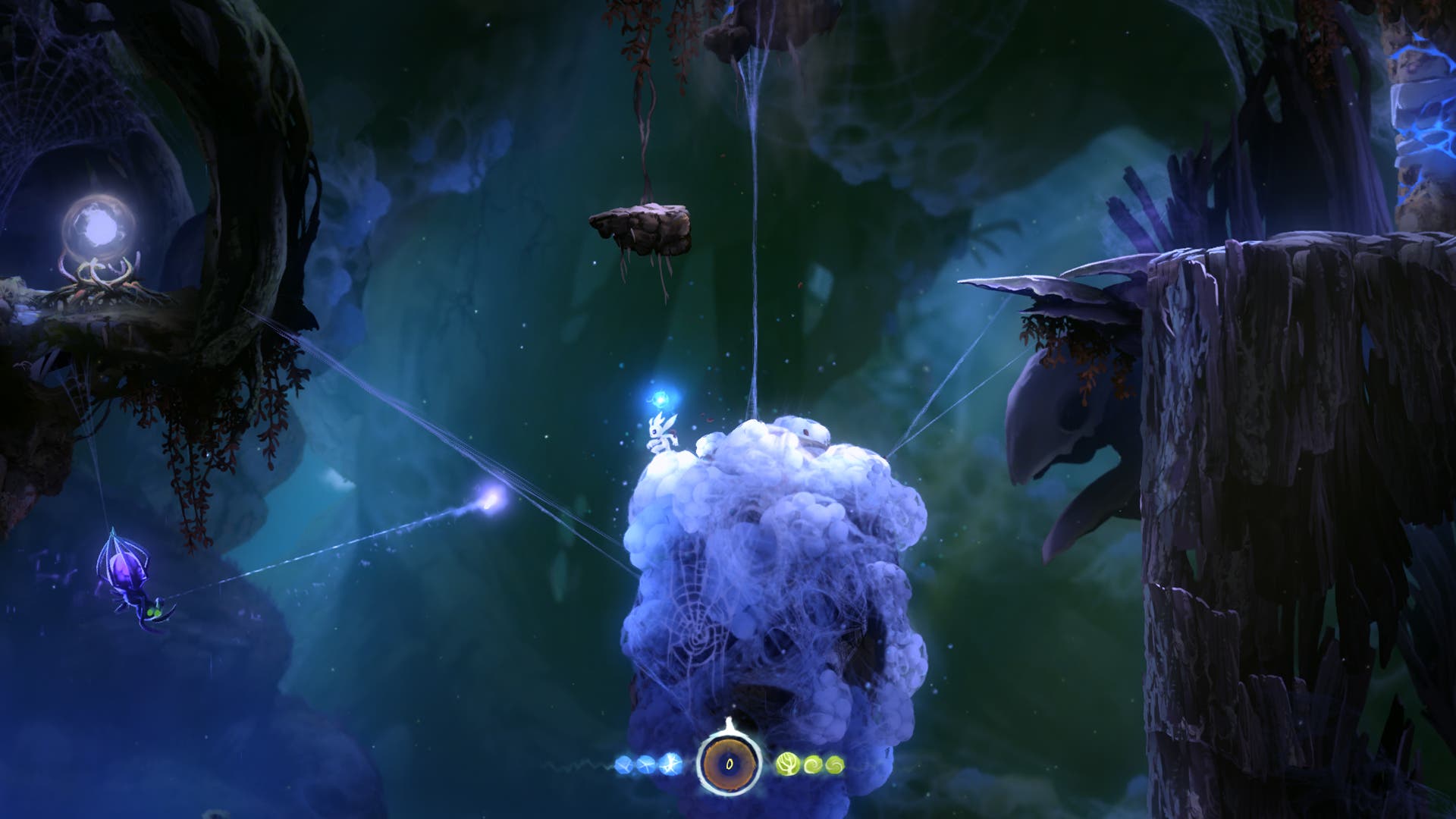 Ori and the Blind Forest starts out with its hand grasping around your heart. The game’s main character gets orphaned at the onset and the forest of Nibel is dying around her. She’ll have to track down elements to restore Nibel all while making friends and enemies along the way. Ori and the Blind Forest is platforming and exploration, in the vein of Metroid and Castlevania; or what people like to call Metroidvania. You won’t be able to explore the whole map until you get abilities that unlock later through the game, it’s then that you’ll backtrack and explore old areas to find new paths. There are RPG elements to upgrade your abilities through experience earned and to use these points you must return to a save marker similar to Dark Souls’ bonfires. These save markers can be thrown down at anywhere in the game with enough built up energy. A strategy that must be used intelligently. If you forget to put one down after trekking through a long section and die, you go right back to your last marker. It’s very unique in this way and gives Ori a leg to stand out from other platformers.

Ori has a wonderful orchestral score that helps to convey the emotion in the story, the only words you’ll get are narration in the form of brief texts that appear on screen. Even then these will only appear at key moments in the game. There is no dialogue, no back and forth, and the game still accomplishes to tell its story and pull at your heart. As effective as the sound is, the game accentuates that with its hand painted world. Each level has a distinct art style and detail that comes from that sort of fine handiwork; the game is just outright gorgeous. In between the lush vegetation you’ll see the amazing sun rays and in the dark depths you’ll feel cold and alone. Each unique area makes for backtracking in this game not a chore but a reminder to just how beautiful the art is every time you change scenery. 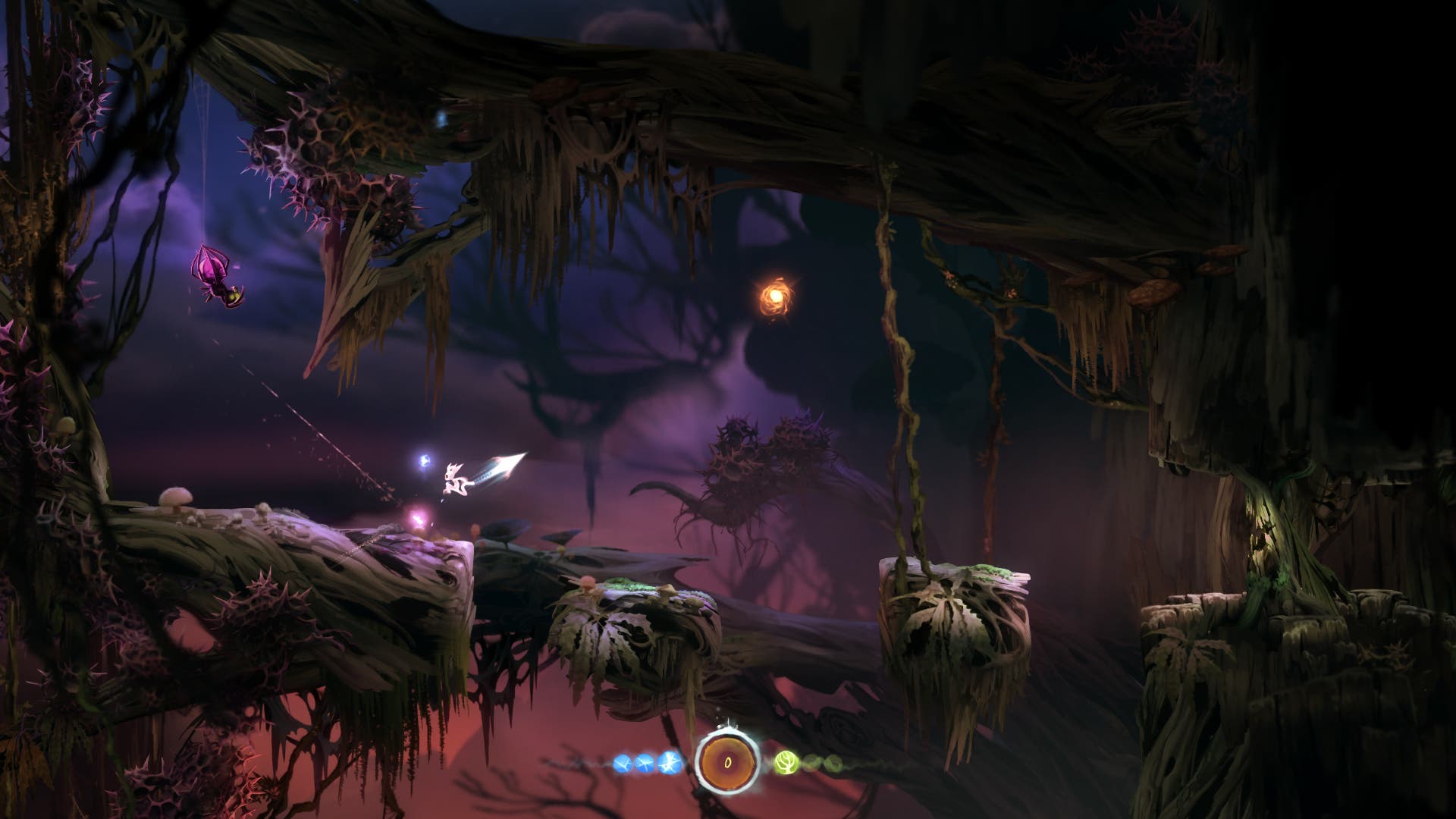 It would be easy to go on and on for days about the games beauty but you need tight controls to make a game like this truly amazing and Moon Studios hit it. The platforming is accurate and responsive, controls feel natural. There’s no floaty feeling, there’s no delay in your inputs, you tell Ori to do an action and she will do it. Not once did I feel like I was fighting the controls, even when using its unique combat system. Ori herself does not attack, When you press the attack button, a small beam of energy is waved around her and will auto target a single nearby enemy. It gives off a neat sense of weakness and strength at the same time.

There are many environmental challenges within each area of the world, requiring you to utilize skills and abilities that you’ve unlocked. This is where the game has you backtrack once you find special trees. Finding these trees unlocks new skills like Double Jump and Wall Running that will allow you to access new areas of the map. It’ll also send you to places in previous areas leading to new puzzles and platforming that can be quite challenging. Which can be especially challenging when you’re learning new skills and encountering stronger enemies. Yet there isn’t much really is to do in the game other than finish it. There is an online leaderboard for fastest completion time but there are no harder difficulties or even collectibles to find. But what Ori lacks in the extra bits, it makes up for in pure fun and the gorgeous presentation. 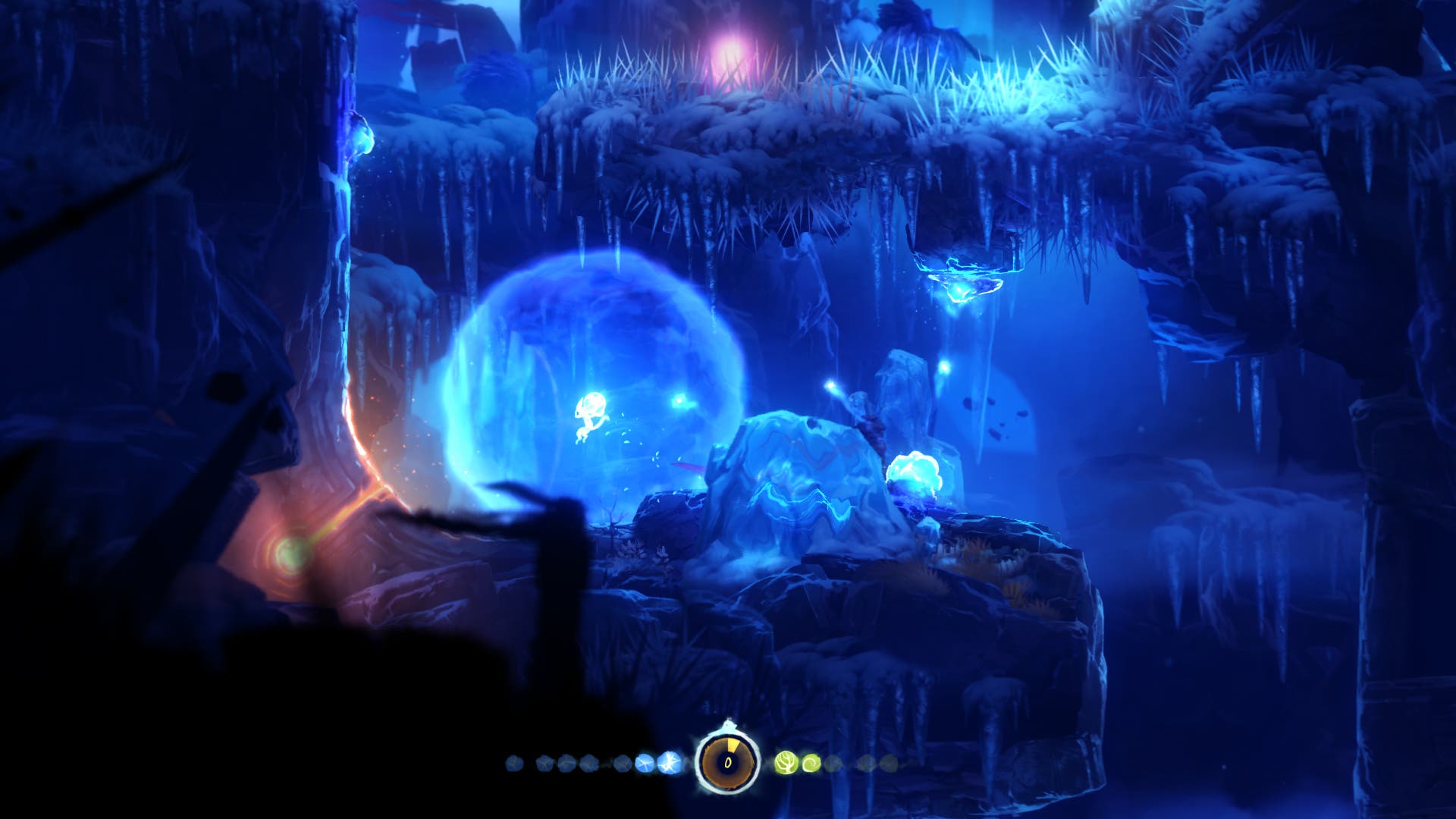