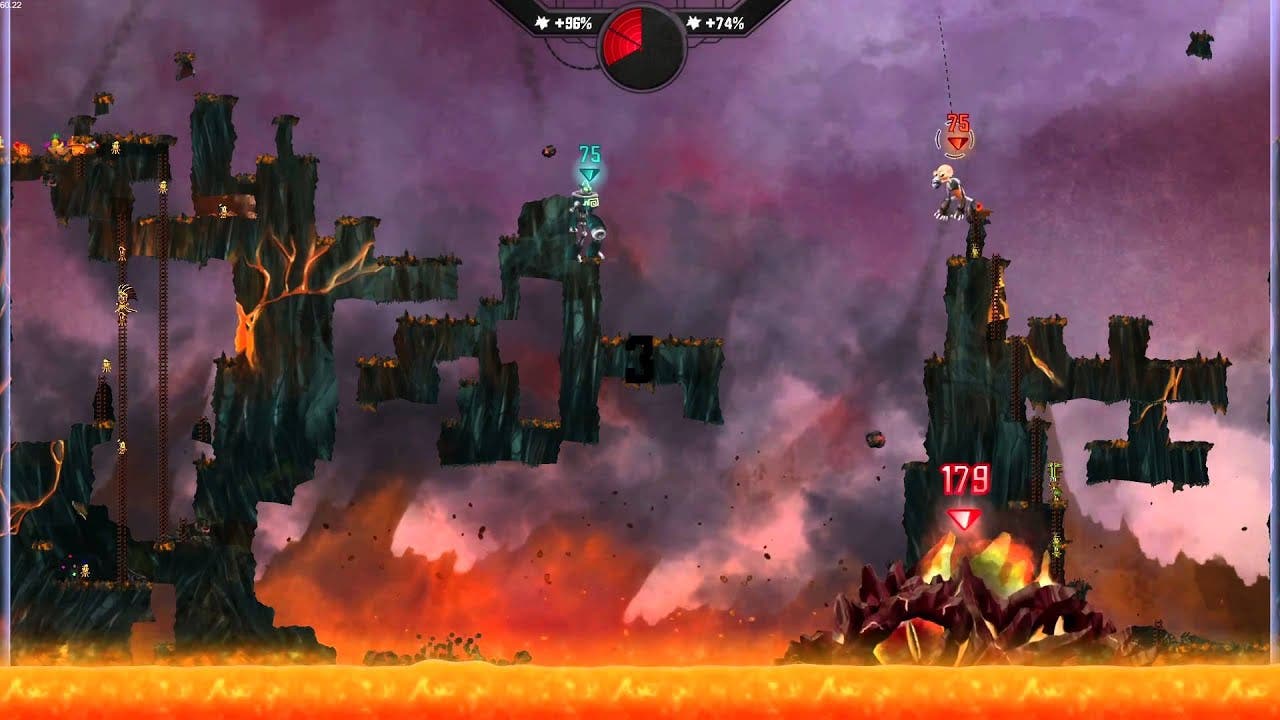 Huracan is a playable robot who throws all-consuming twisters and unleashes devastating sonic pulses at his opponent – making him the ideal robot for fighters who want to mess with the other player’s positioning.

Triggered by sacrificial rituals, Tohil the Fire God surfaces from the depths of a fiery mountain to rain terror on the fighting robots. With his violent sweeps and fiery breath, Tohil will shift the earth and toss rocks and robots around.

Along with the additions of Huracan and Tohil, there’s a new gameplay event that’s been added to Campaign Mode which challenges you to stop the haywire Dustnado 3000 drones as they fling your artillery rounds right back at you and your opponent.

Last but certainly not least, Sileni Studios’ founder, Karel Cronbecq will be speaking at the A MAZE. International Independent Videogames Festival in Berlin on April 22.  Karel will be discussing the challenges of not only making a game that appeals to players, but also finding the best ways to market an indie-produced game.