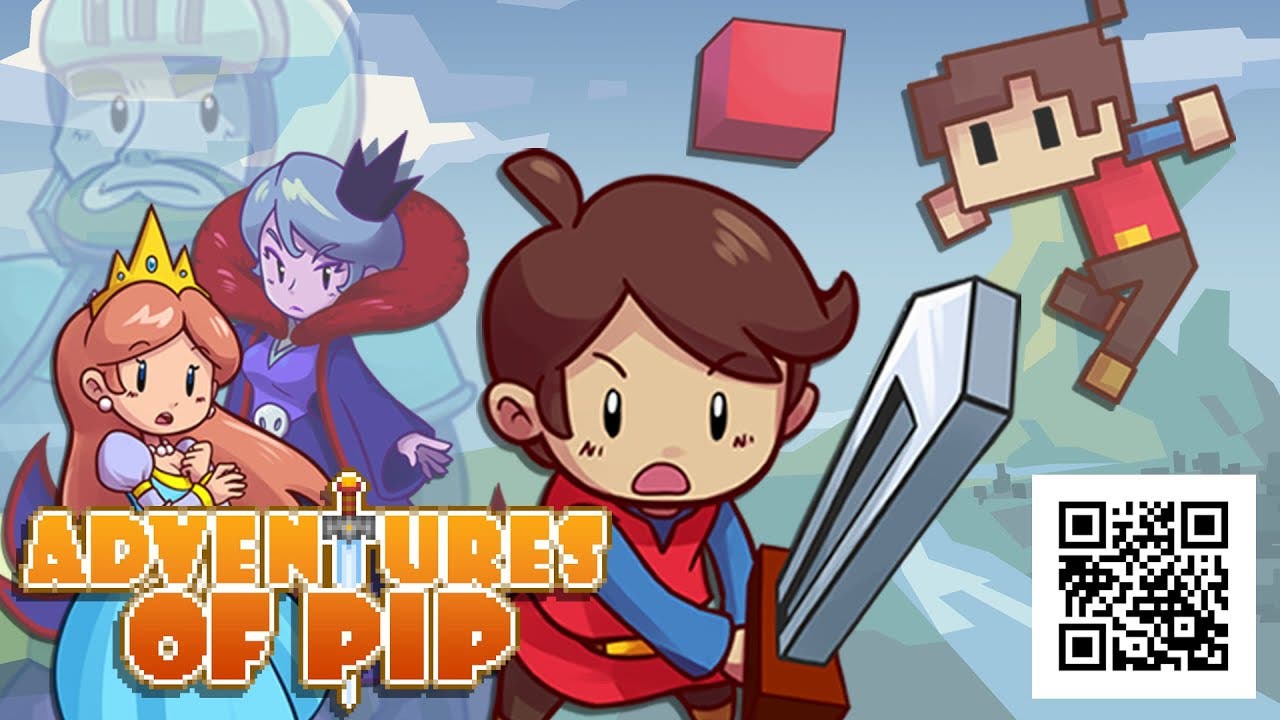 Adventures of Pip coming to Steam on June 6th, WiiU on June 11th

Who’s Pip? He’s the unlikely 1-pixel hero coming to save the 32-bit world. Despite being born a block and nothing more, Pip never saw his size as a disadvantage. By absorbing pixels from his fallen foes, Pip evolves into three different forms, each with its own unique abilities.

EVOLUTION 1: THE FEATHERWEIGHT – The lightest and smallest of the bunch, but 1-pixel Pip packs enough courage to save the entire kingdom in a low-fidelity package.  Squeeze into cracks and jump to great heights that only a single block can reach!

EVOLUTION 2: THE THRILLSEEKER – The most agile and fastest evolution of the Pips. Wall jump and sprint to complete challenging levels. This second evolution packs a powerful punch that will send enemies to their digital maker.

EVOLUTION 3: THE HEAVY – The strongest and deadliest Pip  When it comes to heavy objects, he will break, crush, or shove them out of his way. With sword in hand, nothing can stand in Pip’s way.

Pip’s journey to save the Pixel Kingdom’s hi-res rulers and lo-res peasants takes our hero through five stylized worlds, lush with daring obstacles and fierce monsters. Enjoy 10 hours of epic adventuring set to the tunes of the music maestro, Jake “virt” Kaufman, composer for Shantae and the Pirate’s Curse, Bloodrayne: Betrayal, Shovel Knight. The game’s concept owes its origins to the imagination of Marc Gomez, art director of A Boy and His Blob, BloodRayne: Betrayal, and animation director on Contra 4.

“This is one of the most inspiring titles I have had the pleasure to work on. Adventures of Pip is a true reflection of the incredible talent of the team,” said CEO Shereef Morse (prior credits: Shantae and Ratchet and Clank Going Mobile).