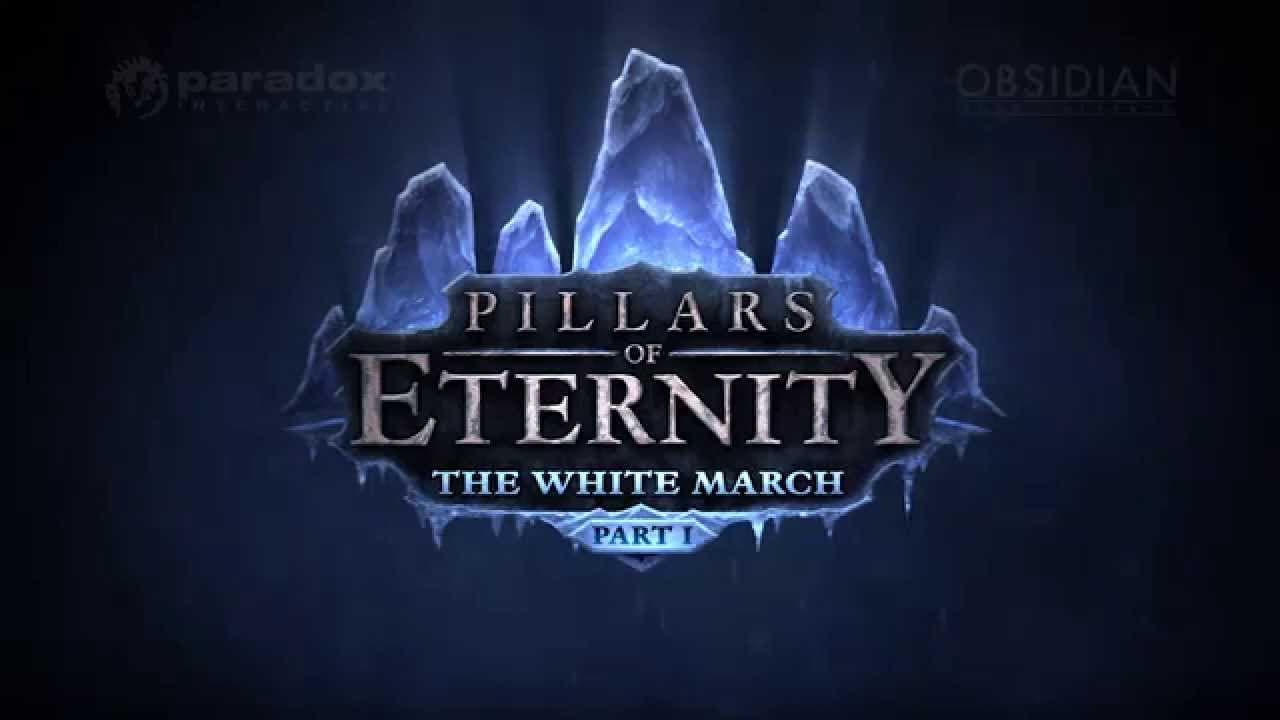 Pillars of Eternity: The White March – Part I announcing during PC Gaming Show at E3 2015

Obsidian Entertainment and Paradox Interactive today revealed the name and the first details of an expansion to Pillars of Eternity, the role-playing game (RPG) funded by over 70 thousand backers. The expansion, titled “The White March: Part 1,” will extend the story and experience of Pillars of Eternity, as well as adding a higher level cap, new multi-class abilities, new companions including the rogue and monk, a new party based AI system, and much more to the game. The expansion, originally offered as a pledge add-on during the game’s incredibly successful crowdfunding campaign, was revealed by Obsidian and Paradox at E3, and will be coming soon for Windows, Max, and Linux PC.

“The response to Pillars of Eternity has been incredible,” said Feargus Urquhart, CEO of Obsidian Entertainment. “We knew, when we started work on the game following our crowdfunding campaign, we had the potential to create the kind of game world we’d want to visit again and again for a very long time. The White March is just the second step in our own long campaign to bring more and more of the Pillars of Eternity world to life, but with us always making sure we live up to the faith our fans have placed in us.”

“Our partnership with Obsidian couldn’t have started on a higher note than with Pillars of Eternity,” said Fredrik Wester, CEO of Paradox Interactive. “It was clear to us, from the beginning, that Obsidian had a deep connection to their fans, and with the tremendous success of Pillars of Eternity, there’s no doubt in our mind that they understand what players want from an RPG. We’re looking forward to working with their team for a long time to come.”

Pillars of Eternity is an RPG inspired by classic titles such as Baldur’s Gate, Icewind Dale, and Planescape: Torment, featuring an original world and game system that evokes and improves upon the traditional computer RPG experience. The first expansion, originally offered to fans as a pledge add-on during a crowdfunding campaign, will continue the game’s rich story and expand upon its detailed, original world. Named “The White March: Part 1,” the expansion will also raise the in-game level cap and let players meet new companions, unlock new abilities, and meet new challenges in their own unique manner.