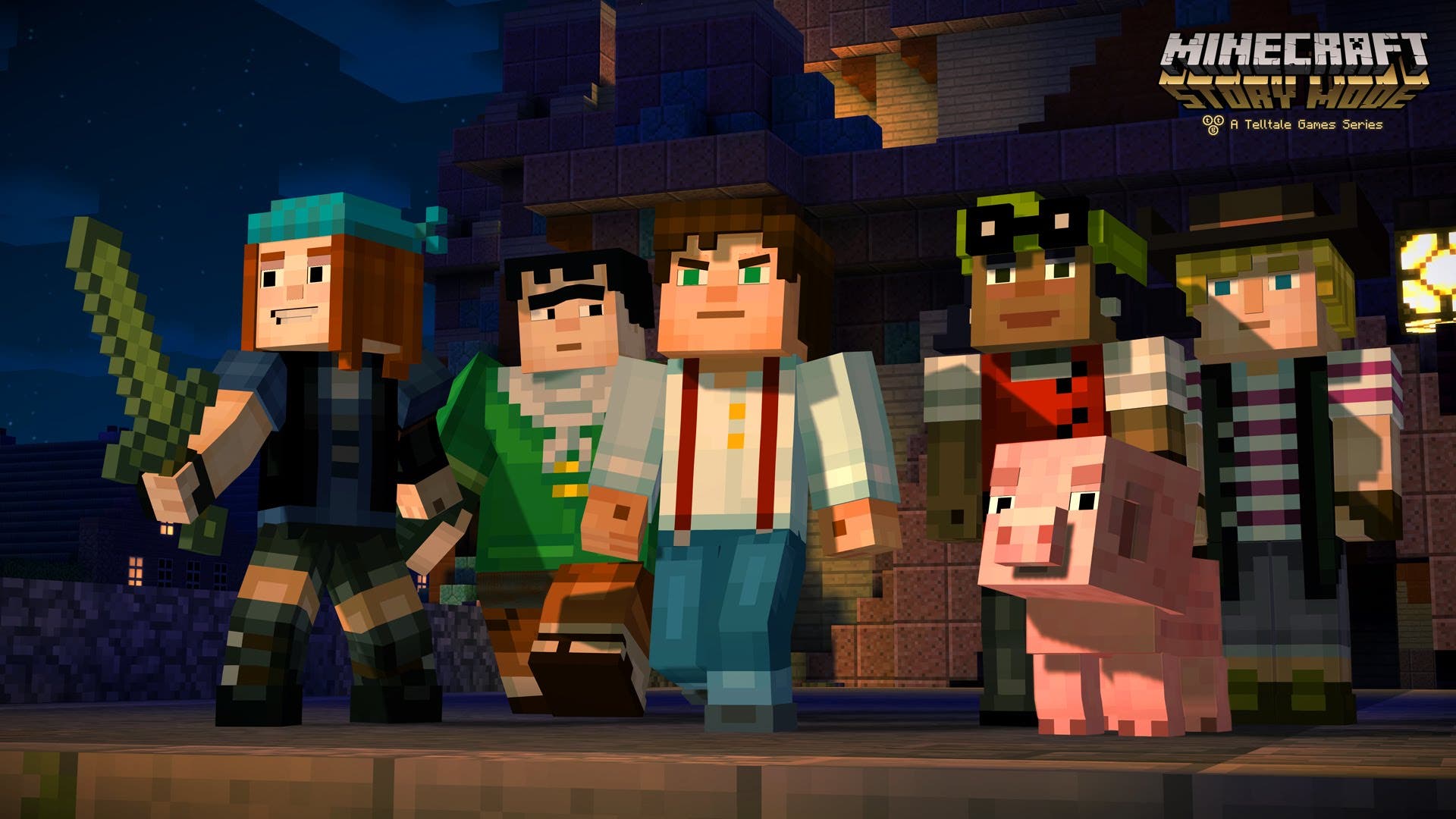 Minecraft: Story Mode is an all-new narrative-driven, five-part episodic game series, developed by Telltale in collaboration with Mojang. Set in the world of Minecraft, the game series introduces new characters and familiar themes, but is an entirely original Minecraft experience inspired by the game that continues to inspire a generation.

Players will control protagonist Jesse throughout the season, as portrayed by actor Patton Oswalt. Jesse and his group of friends revere the legendary Order of the Stone; four adventurers who slayed an Ender Dragon. The Order are the very best at what they do: Warrior, Redstone Engineer, Griefer, and Architect. While at EnderCon, Jesse and his friends discover that something is wrong… something dreadful. Terror is unleashed, and they must set out on a journey to find The Order of the Stone if they are to save their world from oblivion.

“We’ve worked closely with the amazing team at Mojang to ensure this story is a natural fit for the Minecraft world fans already know and love,” said Kevin Bruner, CEO and co-founder of Telltale Games. “As Jesse, players will steer their own path through a tale of adventure and survival; all brought to life by an all-star cast. Through Telltale’s choice-based gameplay and a story spanning from the Nether to the Farlands, the End, and beyond, we can’t wait for fans to experience this new take on the beloved world of Minecraft.”

“The interactive storytellers at Telltale are giving players the chance to explore their own unique interpretation of the Minecraft universe,” said Owen Hill, Chief Word Officer at Mojang. “They’ve crafted a story that follows the logic of Minecraft, but still manages to feel original. It’s actually pretty funny too. And the pig is adorable. We’re super excited about players digging deeper into the world of Minecraft: Story Mode later this year.”

Minecraft: Story Mode will be a standalone product, separate from the core Minecraft game, and will be available to download later this year on PC/Mac, PlayStation 4, PlayStation 3, Xbox One, Xbox 360, and compatible iOS and Android-based devices.

Minecraft: Story Mode – A Telltale Games Series is currently in development, and is not yet rated by the ESRB. The series will be published digitally in 2015 by Telltale Games in partnership with Mojang.