Microsoft and Mojang have exciting news to share! A whole new version of Minecraft is on its way. This time, it’s for Windows 10 – Microsoft’s new swanky operating system that’s due for release on July 29th.

Just like the first release of Minecraft all those years ago, this version will develop and evolve over time with the help of your feedback. That’s why it has “Beta” in the title – because it’s not quite finished, and will become even more fun over time. Just like the other versions of Minecraft, all future updates will be free. We spoil you. We really do.

If you’re one of the more than 20 million(!) players who have the PC edition of Minecraft (referred to by techy people as the Java version) you’ll be able to download Windows 10 Edition Beta from the Windows 10 store for free. Other players can get it for the paltry price of $10 during the beta period (the length of which is still being decided).

Minecraft is available on Windows, Mac, Windows Phone, iOS, Android, Xbox 360, Xbox One, PS3, PS4 and PS Vita, and now, Windows 10. Not every version of Minecraft is exactly the same, but they all feature two distinct game modes – Creative and Survival – that cater to different types of players. All versions of Minecraft support multiplayer.

In Minecraft: Windows 10 Edition Beta, you’ll recognize some Pocket Edition features, along with potpourri of cool extras. Here are some highlights: 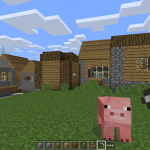 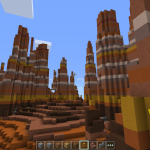 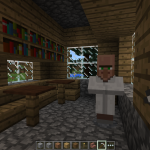 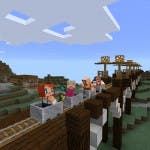 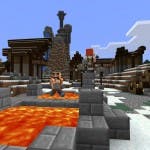 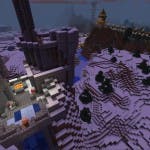