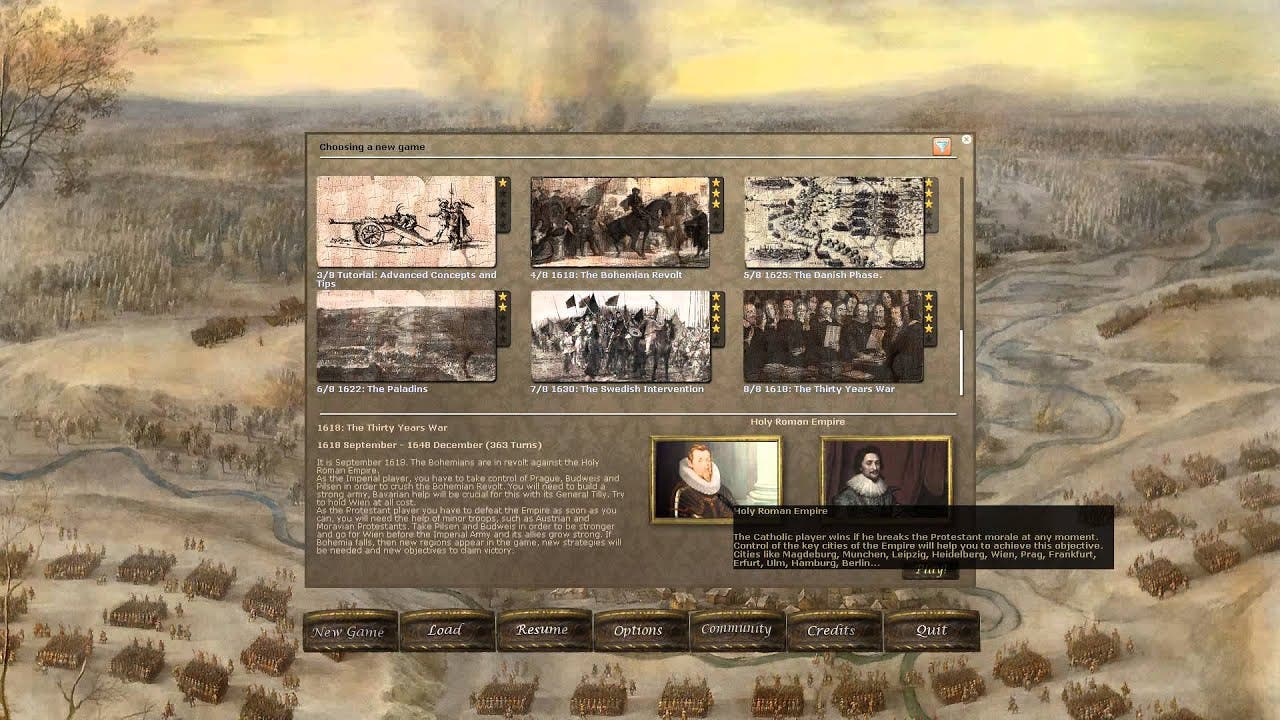 “War is one of the scourges with which it has pleased God to afflict men.” (Cardinal Richelieu – French statesman)

1618 – Tensions within the Holy Roman Empire have reached a climax. Ferdinand II, King of Bohemia and a zealous Catholic, is unpopular among his Protestant subjects. The revolt is brewing. Powerful European Protestant leaders are following the evolution of the situation at the frontiers of the Empire. Foreign interventions seem inevitable: Europe is on the brink of a long religious war!

Thirty Years’ War, the new wargame from Ageod, covers this decisive period of the modern European history. As the head of the Catholics or Protestants, the players have a considerable freedom of military and political actions. Recruiting new units, reinforcing the casualties with mercenaries, manoeuvring armies of thousands of men and planning yearly campaigns, will soon become their everyday life!

Powered by the famous AGE engine that proved to accurately simulate local conflicts and major wars alike, Thirty Years’ War is a wargame like no other, thanks to its deep and rarely covered historical context.