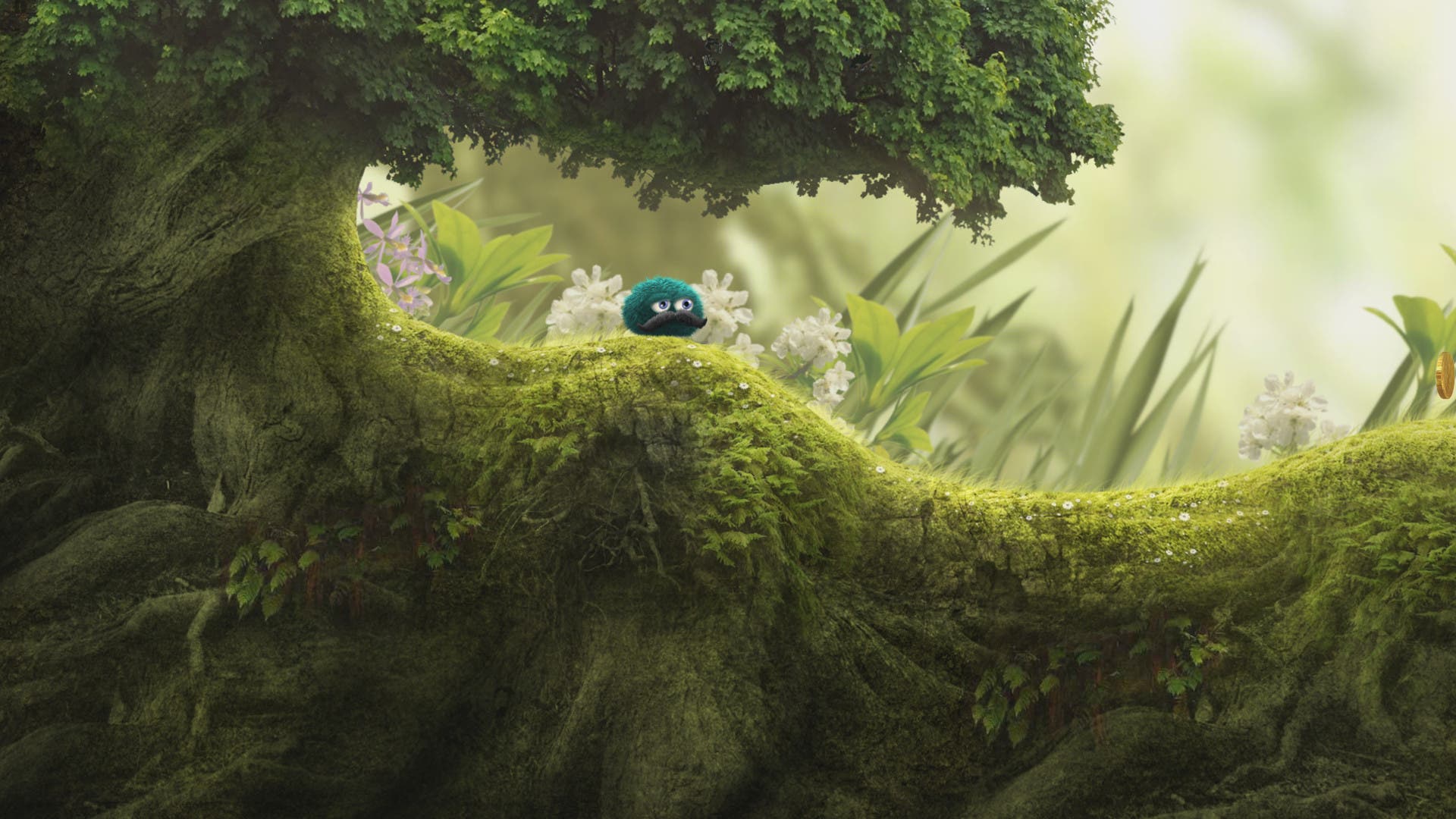 Leo’s Fortune is a newly released HD version of the hit game, Leo’s Fortune for mobile devices. It’s a platforming puzzles game about a little blue fuzz ball guy who is one day mysteriously missing all his gold. With such a simple plot, players soon find themselves in control of Leo and he is hot on the trail of his gold pieces. Gameplay is fairly typical, and platform heavy. This means lots of jumps, running, and collecting coins in the vast environments. Leo can puff himself up to float down slower, stop himself in narrow passages, or even fly higher in a breezy environment at one point. He stick to the wall in a sense and at moments even has times where he is sliding up, down, and around passages that bring back a sense of Sonic the Hedgehog-style of traversal at times. The goal is simply, collect as many coins he can, overcoming the platforming obstacles, and trying not to die.

Each level features three bonus points players can get for completing the levels in a fast enough time, getting all the coins in the levels, or not dying at all. Most of these will be possible on a second play through as first timers will be expecting to take their time exploring and will definitely die as there is many traps to kill poor little Leo. Unlock enough points and players can even get a new level to play on each of the games 5 world maps, each consisting of 4 levels a piece. The graphics looks extremely sharp and details and Leo travels quite the diverse location settings. A colorful forest, a dark and rainy ship port, a desert temple, and more. The variation in design also play parts in the environmental changes. In the ship port he can go underwater and use that to his advantage, in the temple stage he is dodging deadly spike walls and falling pillars. There is even rare occasions in some stages that involve a more elaborate puzzle of sorts. Nothing brain bending, but things that break up the repetition of platforming even more. In between the levels, story elements even drop, and what starts off as something rather light in story, ultimately has a great feel good message by the ending that will have players smile. Leo’s Fortune was a game I severely misjudged just from looking at the title and its history of platform it release on prior. So instead of turning on a game to review feeling disengaged the entire time, instead Leo’s Fortune pulled me in and only left me wanting more. I was completely enthralled with Leo’s Fortune, so much that I beat it in two sittings and only wished I could have more. My only issues with the title being: the short length and wishing that the game featured some bosses, but otherwise Leo’s Fortune was a great experience – even one of the best platforming games I’ve ever played, and saying that in this review surprises even me, but it’s how I feel. I couldn’t put Leo’s Fortune down and for the price of entry, shouldn’t be missed by any platforming fan. I hope a sequel is in the works, because I need more Leo!