Since September, gamers have been conquering the pavement in “Forza Motorsport 6,” the most beautiful and comprehensive racing game of this generation. If you haven’t had a chance to play the game, now is a great time to jump in with race fans from all over the world. As we head into another great month of racing, we’re excited to announce that beginning today, the Logitech G Car Pack is available as the next great add-on pack for “Forza Motorsport 6.” With seven incredible cars that have each carved their own place in motorsport history, the pack offers a new way to enjoy the best racing experience on Xbox One.

Leading the pack is an ultimate track toy – the 2013 Caparo T1, which is just begging to tackle the circuits of “Forza Motorsport 6.” In addition, we have four different eras of historic racing represented, with the 1939 Mercedes-Benz W154 (a pre-WWII Grand Prix champion), the 1967 Honda RA300 known as the “Hondola,” a turbocharged Nissan IMSA racer from the 1990s, and one of the latest Le Mans prototype cars.

The remaining cars of the pack offer equally unique driving experiences. The 1967 Volvo 123GT has its own on- and off-road race-bred roots and the 2013 Cadillac XTS Limousine – well, we know you’ll have fun with it. 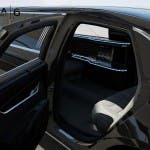 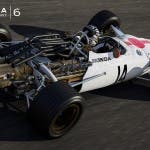 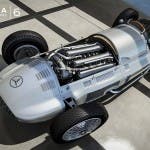 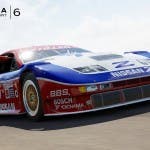 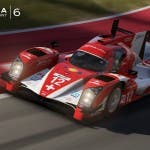 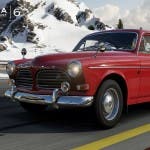 The Logitech G Car Pack is just the first great pack of monthly DLC cars that players can expect in “Forza Motorsport 6.” If you want to be on top of all the latest car content in the game, there’s no better way than the “Forza Motorsport 6” Car Pass, which brings you six monthly car packs with seven cars each. That’s 42 amazing cars total, all waiting to be collected, customized and raced, for one low price!

To celebrate the release of the Logitech G Car Pack for “Forza Motorsport 6,” Xbox is holding a special contest in association with their partners at Logitech. All you have to do is create a video in “Forza Motorsport 6” with one or more of the cars from the Logitech G Car Pack, then post it to YouTube. From there, let Xbox know about the video by linking to it on Twitter and using the hashtag #LogitechGForza6.

The video with the most views at the end of the contest period, November 6, will be declared the first place winner, with the second-most viewed video winning second place, and so on. The creators of the top ten videos in this contest will be eligible for a slew of awesome prizes from our friends at Logitech:

Owners of the “Forza Motorsport 6” Car Pass will receive the Logitech G Car Pack at no additional charge. Everyone else can purchase the pack separately for $7 or buy cars from the pack individually from the Xbox Live Store or through the Forza Hub app for Xbox One.