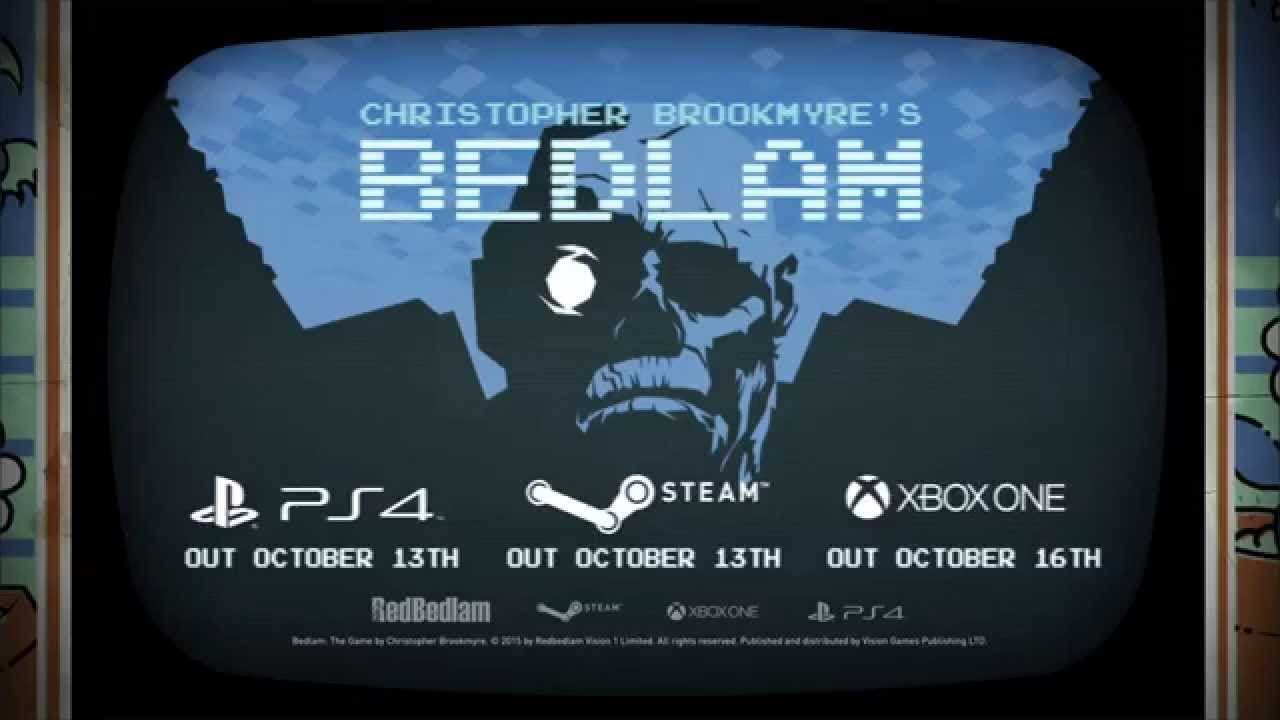 RedBedlam in association with Vision Games Publishing, today announced that the genre-defying FPS game,Bedlam, is launching for current-gen consoles and PC. The game, with a script by acclaimed author Christopher Brookmyre adapted from his best-selling science-fiction novel of the same name, has released for PlayStation 4, PC, and OSX with the version for Xbox One, the all in one games and entertainment system from Microsoft, arriving on Xbox Game Store on Friday, October 16th. All versions are priced at $19.99 in the US.

“As a lifelong gamer, Bedlam is the love-letter to gaming I’ve always wanted to write, and the team at RedBedlam have done an astonishing job bringing my ‘gameverse’ to life” said Christopher Brookmyre. “It’s a great feeling to know that gamers can now explore the world of Bedlam via a totally different medium.”

In Bedlam, players take on the role of Heather Quinn (aka Athena), a programmer at medical scanning developer Neurosphere, who finds herself transported into the world of Starfire: a nineties FPS she remembers from her teen years. Searching for an explanation and a way home, she ventures beyond Starfire to discover a vast realm of interconnected game worlds documenting the evolution of the FPS genre and of video games in general. As Athena, players move through numerous game settings while battling against a digital conspiracy that seeks to destroy the game worlds and their characters. A fast-paced and authentically unique FPS, Bedlam serves up a dizzying variety of genres from fantasy RPGs to classic 2D arcade games to WWII shooters in an innovative journey through gaming nostalgia.