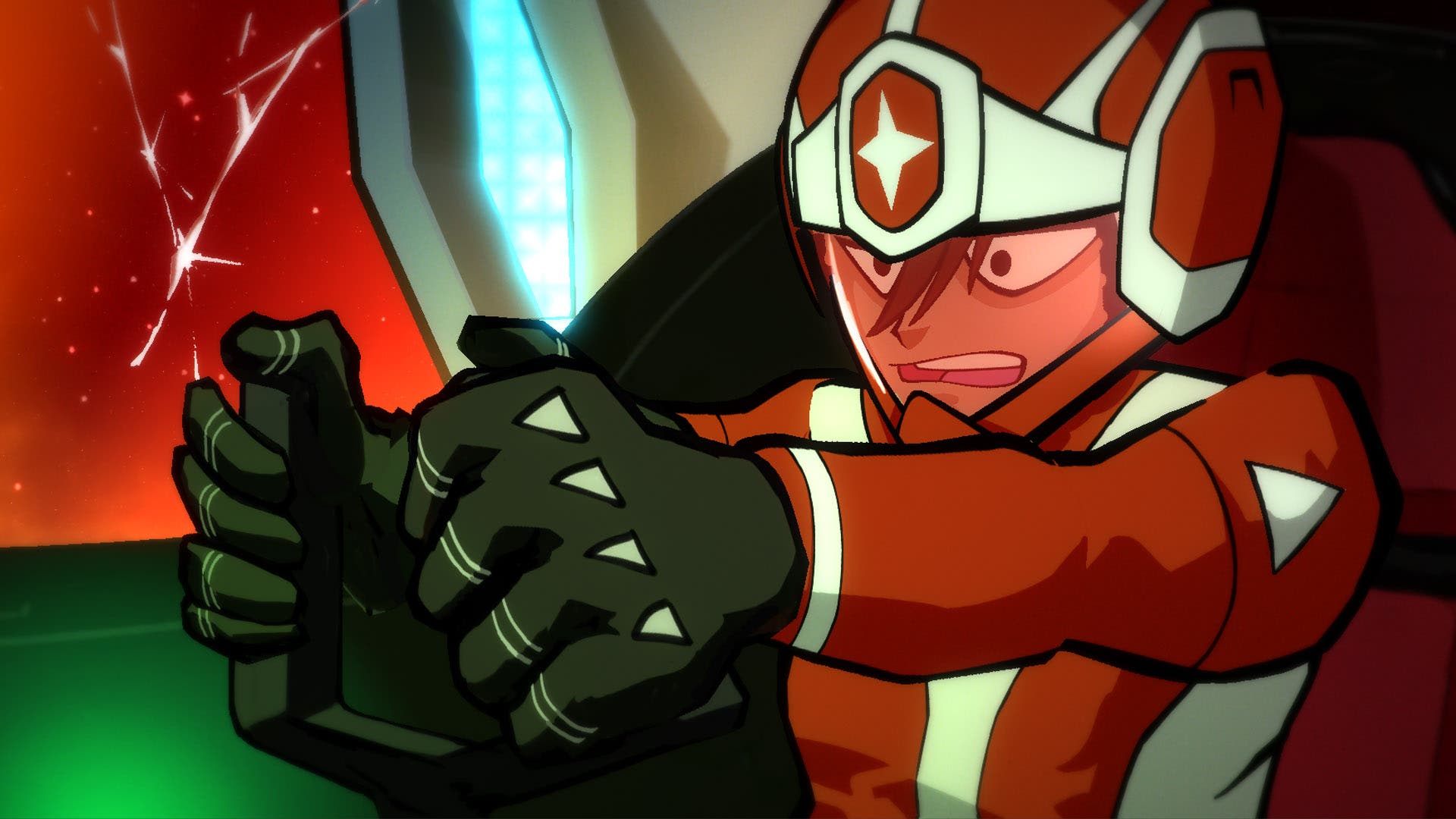 There’s certainly not much that can be said about Galak-Z: The Dimensional on PC that has not already been said about its very recent PS4 outing back in August. See here for the original review this article is an extension of. However the PC edition does have a few quirks and niceties that I think bare worth bringing to light. Mainly just things that I personally like to know about before purchasing a video game. First up, the game has one of the best examples of how to handle a game controller of any PC game I’ve played. No more attempting to auto-detect, no more wrong button-prompts. Instead there is very simply an option in the settings screen to toggle the two major vendors. This is made even more useful due to there being two very different control schemes used throughout the game and the fact that the controls are heavily integrated as part of the HUD UI. I tried playing with the mouse and keyboard, but hugely preferred the dual-stick approach.

You will die, a lot. The developers, 17BIT know this and designed the game around this fact, but I expect that didn’t stop fans of the game and it’s gameplay asking for something a little less brutal. 17BIT have delivered on this front by way of a secondary game mode they’ve titled “Arcade” Mode. This mode keeps the original game entirely intact but grants the player a checkpoint after each of the five episodes in each of the available seasons. This makes playing Galak-Z in a not completely distraction-free zone now a lot more enjoyable. But the quirks I mentioned previously… At the time of writing Galak-Z does not support 4K resolutions. Wether you’re playing on a 4K TV or monitor, or wether you’re packing a GPU capable of using DSR. The game runs perfectly fine without this of course and this will only effect a few users out there, but I can’t help but feel that the gloriously generated explosions would look so much better at 4K.

My mention of DSR brings me over to a few strange aliasing issues I’ve noticed. Most noticeable on the initial menu screen, the edges of models are littered with jaggies. Wether this is due to them being unnoticeable during gameplay as everything on screen is moving a lot more, I couldn’t say.

Finally, during the process of bringing the game to PC it seems 17BIT hit a small wall with the way in which Unity as a game engine handles FMV. Resulting in not full 1920×1080 videos and very noticeably compression artefacts. I found this most noticeable going from glorious locked 60fps interstellar carnage into a 30fps FMV. Season 5 is still planned for both PS4 and PC editions of the game, and I for one can’t wait to play it upon release. Of course none of my minor-gripes with Galak-Z on PC affect the quite solid and engaging story line, the brilliant art-style and voice-over, or the sheer thrill of pulling of an insane maenuver such as grappling one enemy and throwing him into a pressure pipe launching him into a stack of floating gas canisters only for his squad to be flanking for an attack on myself as a chain reaction of explosions and organic spike-bomb plants takes the whole lot out… Because that can happen, and it feels amazing when it does.