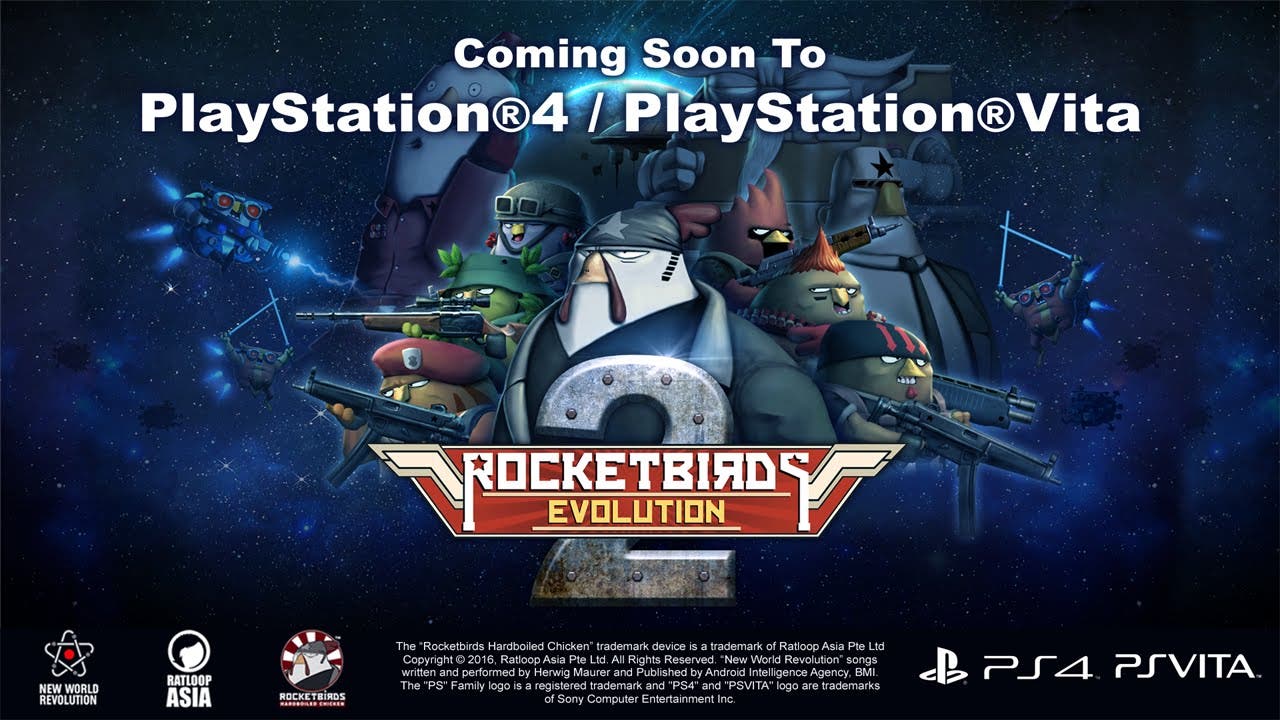 Everyone’s favorite fearsome, feathered fighting force is back with a vengeance! Ratloop Asia is pleased to announce that Rocketbirds 2: Evolution, the sequel to the fan-favorite original Rocketbirds: Hardboiled Chicken, is coming soon to the PlayStation®4 and the PS Vita.

“The original Rocketbirds, with its memorable art style and hilariously dark sense of fowl humor, still holds a special place in many gamers’ hearts around the globe,” said Rocketbirds creator, Sian Yue Tan. “We’ve been working on delivering a sequel for some time now, and are thrilled that it will soon be available to players, who will in turn be thrilled that it builds upon and improves just about everything they loved about the original.”

Rocketbirds 2: Evolution picks up right where the cinematic adventure of Hardboiled Chicken left off. Players again will gear up as Hardboiled, the tough-as-nails, plucky chicken super-agent and the original “Cock of War.” The evil megalomaniacal despot Putzki, who wants nothing more than to bend the world to his wing, is still alive, and his evil plans force Hardboiled to hunt him down and eliminate him once and for all. Featuring enhanced gameplay controls, new combat systems, an expanded arsenal, and two new game modes, Rocketbirds 2: Evolution’s new level of depth and replay value also is fueled with jetpack action, space owls, and co-op multiplayer.

Key features of Rocketbirds 2: Evolution include:

Ratloop Asia will be releasing more information for Rocketbirds 2: Evolution in the coming months, including an exact release date.