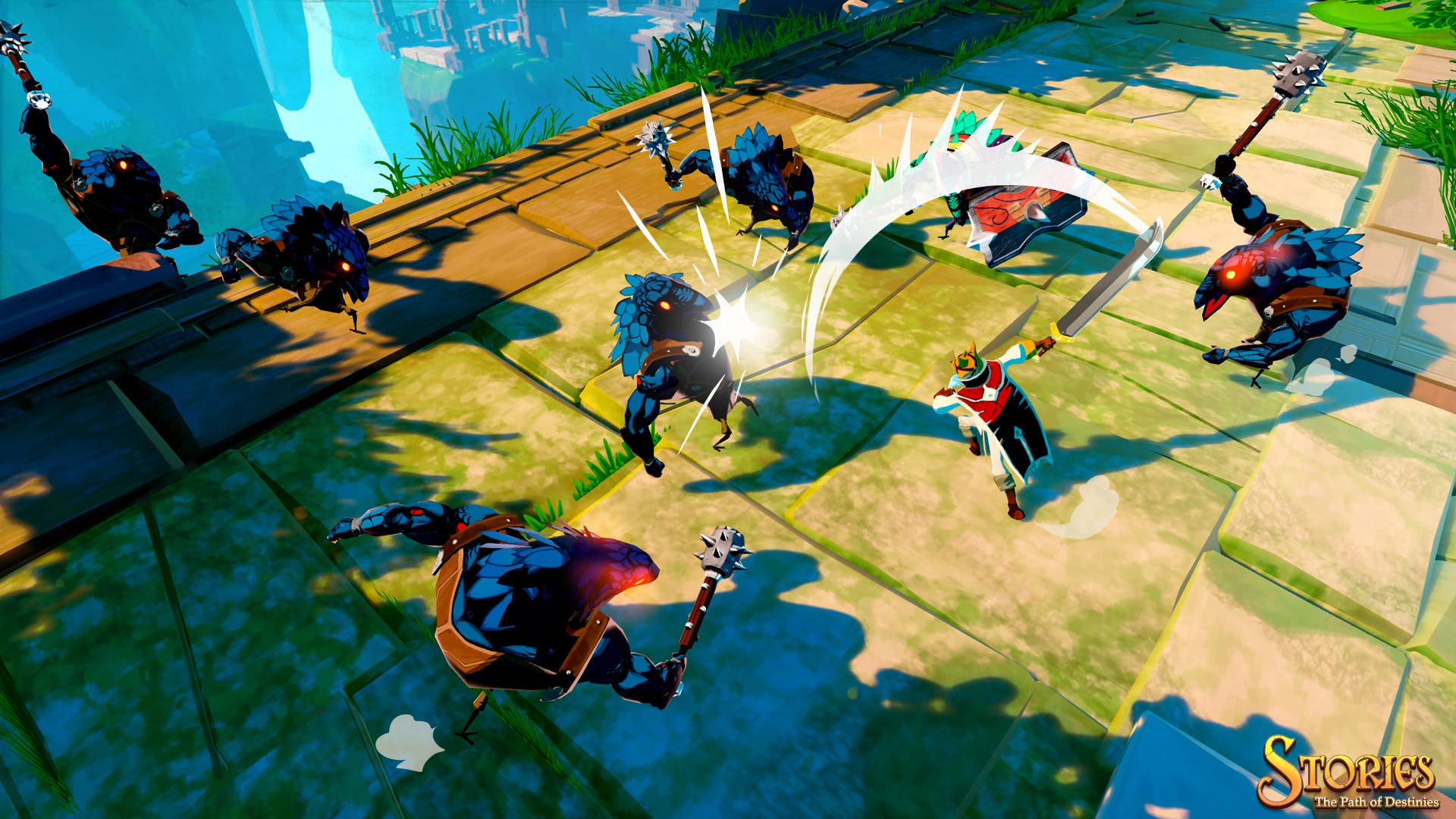 Stories: The Path of Destinies Review

Reynaldo is an adventurer, one that seems to always get into mischief or trouble, at least that’s how I interpreted this colorful character that players control during this 5 to 8 hour campaign. What exactly is Stories: Path of Destinies though? I myself asked that very question as I’d heard little to no information about this game prior. What I can say immediately is that this is one game that I absolutely love. So sit down and let me tell you about tale as old as time.

The one thing that really set this game apart and blew me away is that our protagonist is set with many decisions in the storyline that alter the overall outcome. Literally there are 15+ endings that have various different details or completely different meanings. Most of them are grim, but the truth can be earned after at least 4 play through if players are good enough on their first time to discover each of the 4 varying pathways. What ultimately would have killed this game is the gameplay being lackluster and missing as Stories expects players to get through each sessions repeatedly at times. As each decisions he creates in each chapter changes the location and detailed plot point. I can only imagine writing this was a huge time sink and have to give major props to the creators for sticking to this idea. Gameplay wise, Reynaldo controls very much like a typical top down dungeon crawler, isometric viewpoint and all. As players move around, hack and slashing at the various enemies, it’s becomes part brawler, part loot based, and ultimately just a fun combination. Add in the Batman-style combat of stringing together combos, defending, and countering, each battle offers a flow and feel unlike most games in this genre. While combat does at first come off feeling a bit slow, it quickly ramps up as player’s level up and evolve Reynaldo. Soon he is dashing around, countering, combos, and pulling shields down with his grapple beam. It’s not the deepest combat but it’s definitely entertaining, fun, and it looks extremely flashy.

Another aspect that truly helps Stories shine is the colorful nature. It’s just bleeds charm out of the character design (which are all animal based), level environments and setting. From old temples, to raining forests, everything seems to pop alive with a very animated story book feel and appropriately so. Add on the effects of particles during combat, explosions and players are in for quite a visual treat. It comes at a price though with stuttering at times and framerate drops, which is the major blemish on this otherwise interesting and beautiful game. Stories: Path of Destinies is a game I’ve heard little talk of and it’s a shame because everyone I know that has played it personally has had one great time with it. From the hilarious 4th wall break puns and comments, to the flow of combat and leveling up, and the truly “choose your own path” adventure leads to some fun replayabilty. It’s lack of bosses or huge variation in enemies to fight is a bit of a disappointment as well as the performance issues, but everything else comes together to overcome those miss-steps. It’s a charming game that see’s Reynaldo reliving his life over and over until he gets it just right and finally saves the day.

A PlayStation 4 code was provided for review purposes.