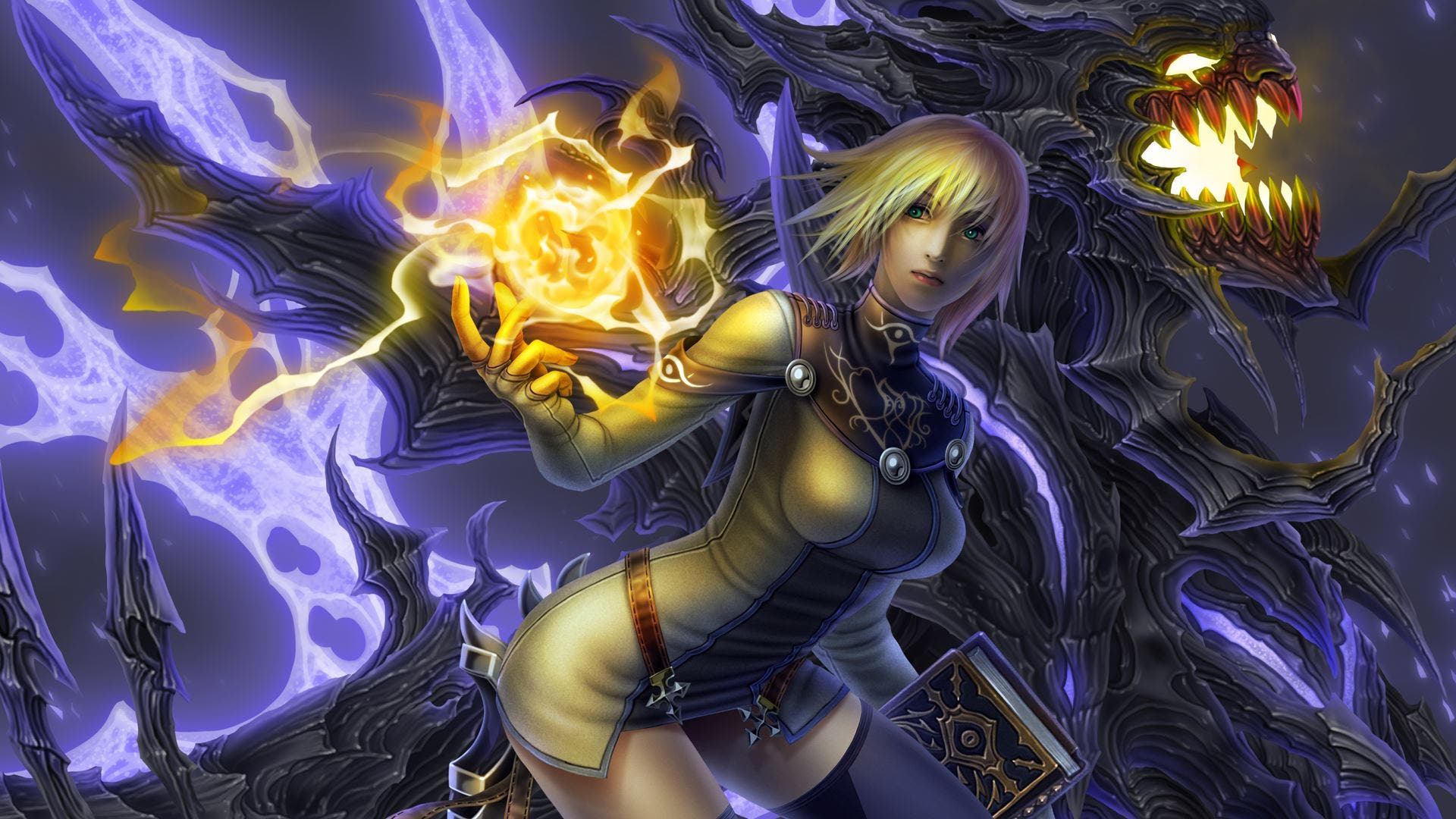 I try to keep up with all the latest and greatest videogames, It’s hard, but I try. Some people limit themselves to AAA games and big blockbusters, which is a shame because there is a ton of other smaller focused titles or games with bigger hearts then budgets that totally can win players over and surprise the hell out of them. Anima Gate of Memories is one of those games, with huge ambition and ideas, even if the production behind it can’t match the scope. Yet still, it’s a title that anyone who loves adventure/action games, should take notice. The story here is of two characters. One called The Bearer and the other Ergo.  The story encompasses a great calamity that is foretold, with these two characters working together, traveling through memories and piecing together the story. I could delve into the story more, but there is so much detail and nuisance to it that we would be here for quite a while. That’s part of the most surprising element of Anima GOM, as it has really interesting lore and characters that help flesh out the story in both cinematics and diary/note entries.  At times it felt a bit too intimidating even but overall helps players feel compelled to discover more. Gameplay is reminiscent of a lower budget Nier or Zelda like adventure. With combat skills, platforming, and puzzles to solve in a world that is fairly open ended. This allows players to figure out which way they want to proceed first and gives a sense of choice in many ways. Well I can’t tell you how many times I’ve gotten lost in this game or had to get a hint or clue from others currently playing the game. As it doesn’t hold your hand at all when it comes to progression. There is no objective markers, arrows guiding the way, or waypoints. It’s refreshing, but it also comes at a price of killing the pace and sometimes being obscure for what feels like obscurity sakes. A protip: pay attention to the notes and entries found as many can revel clues to word dial puzzles and had me scratching my head for the longest time.

Combat is suitable and while it doesn’t exactly animate or sound the best, it’s still suitable and sometimes tough. Dodging can seem hit or miss and the fluidity that I feel from most combat adventure type games isn’t here.  That said it does a decent job, and having to switch between the two characters to hurt the darker and lighter enemies surely adds some variation into the mix. The sound effects that accompany the fighting also sound rather muted and just unexciting with the same whimpering effect when smacking enemies around. I’d love to see the devs do an update to change this combat sound/feedback to something a bit more satisfying and less grating on the ears. While regular enemies seems a bit lacking in design, boss battles take it up a notch in design and grandeur but with that comes increased difficulty and a sense of having to hack away at their life bars.  Again, frustration comes into play. While it might sound like I’m really harping on the game, I’m simply pointing out things I wish were just a tad better, because everything else is strikingly amazing for this smaller scale, yet “bigger at heart” game. The music that players is beautiful and atmospheric rivaling some of the better game soundtracks out there.  The voice acting sadly is hit or miss but tolerable usually or so bad it’s good. I couldn’t stop laughing that this game making a “reading rainbow” parody song. The adventure feel and grand level of environments and visuals are really eye opening. I expect this sort of feeling from the big boys but this smaller title brought out those same feelings and that’s a testament to the game. From creepy puppet mansions, to bright grassy open fields, this game delivers on the environmental and exploring elements perfectly. Featuring a story that will last players of upwards to 10 hours or more depending on their ability to solve the puzzles or explore properly, Anima Gates of Memories is a pretty big surprise. It could still use some refinement and I’d love to chat with the devs to see if any of this stuff could be modified or changed, but even as it is, it’s a game I would definitely recommend give a chance. The highs are damn high, but the lows might be too low for some. It’s going to be a very hit or miss game depending on how you interpret the issues, but for me, this is one that stands out regardless.