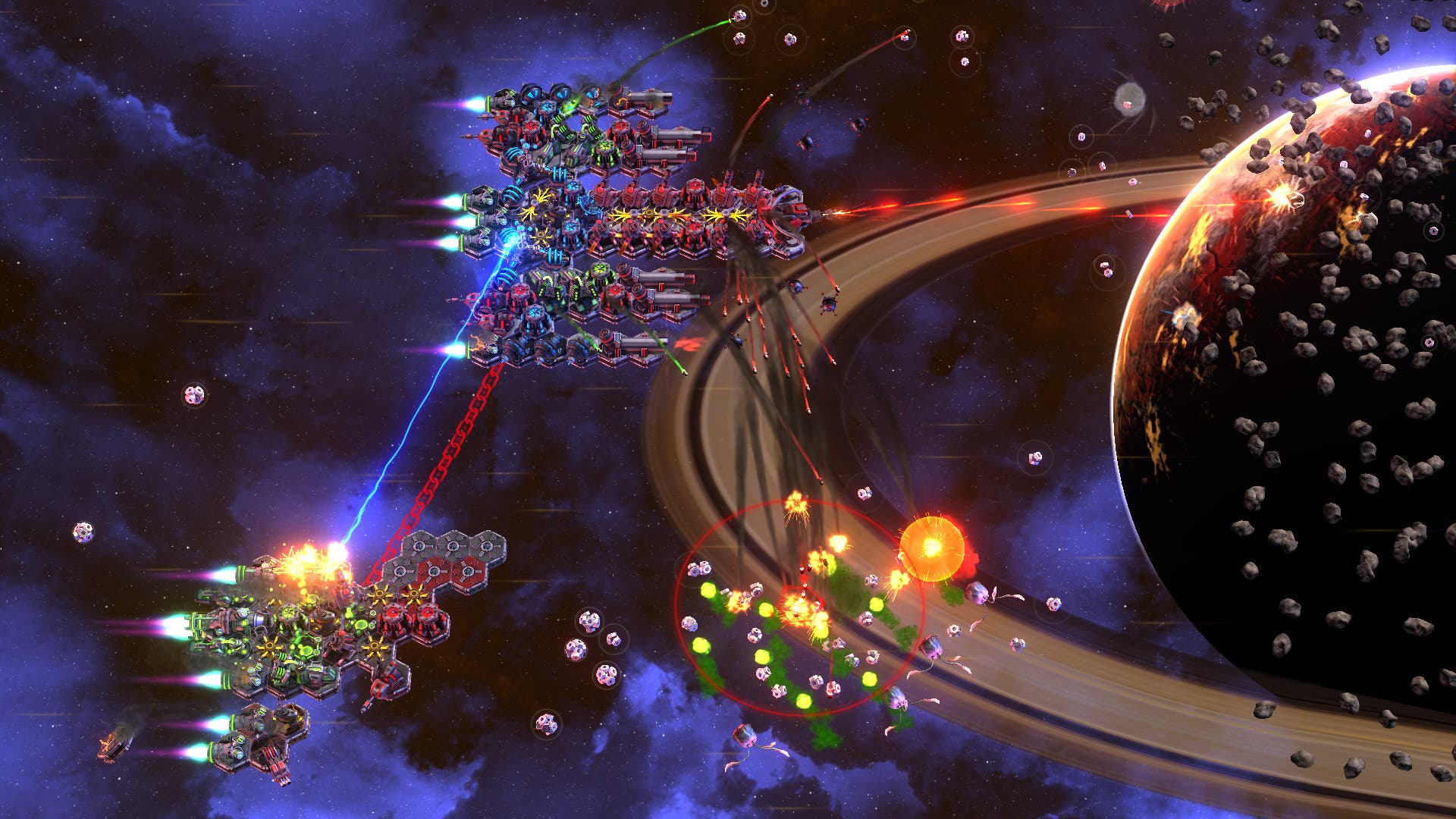 2014’s Space Run was a pleasant surprise when it released two years ago, almost to the day. Space Run Galaxy is tower defense, done differently. You are on a linear track and essentially need to hold out, protecting the cargo and your own ship by the time you reach the end, but do so fast and efficiently. You’ll be building defenses and offenses in real-time as you make your way from point A to point B. It’s a game that the core gameplay works well, but some of the additions introduced in Space Run Galaxy doesn’t have me sticking around as much as I’d like. In the original Space Run, you played as Buck Mann in the year 2525, trying to make a name for himself to do good work in delivering cargo for various corporations. In Space Run Galaxy, much is the same but it is now 2545 and Buck Mann is older, successful in his own business now. You’re a new recruit who has him as a boss and mentor on how to do safe and fast deliveries. What does this mean in terms of the player character? Not much, but it is nice to see Buck do so well after the first game.

Space Run Galaxy‘s core gameplay is making linear runs through space. Runs are about speed, and not quality of the materials that arrive. If the precious cargo you’re carrying hasn’t been destroyed, you’ll make everyone happy. It is not easy defending against asteroids, pirate attacks, and even other runners who want to collect your scrap. You’re rated on a 3-star system. There’s no difficulty in Space Run Galaxy, but it does ramp up and you’ll have to grind deliveries to get better items in order to do well. Frustratingly still a problem in Space Run Galaxy is that you never know when or where attacks will come from. This makes the planning of defenses, and even the cargo a challenge. You might think you’ve placed it in a safe area, but a new attack vector for pirates might put it in a prime place to get destroyed or attacked frequently. Often the pattern is: play a mission, learn the patterns, and then re-outfit the ship to coincide with what you just experienced and restart. It’s just really annoying to do that with nearly every mission.

Space Run Galaxy‘s theme seems to be “change for the sake of change”. There’s a crafting system now, alongside limited use items when on a run to build defenses. If you sell a turret or shield that you aren’t using or isn’t working how you’d like, you don’t get back the inventory for that, just the hex nuts (the currency). While you can build repair nodes to fix up damage sections, it uses a space on the ship as well as uses inventory. Space Run was much more simplified and streamlined in this regard, just making repair part of a turret’s or engine’s basic functions. You can’t even reorient turrets anymore without buying a less-powerful weapon that has the ability. These changes aren’t bad, but the execution of how they are handled is.

The big change that’s really exciting in Space Run Galaxy is customization. All of the ships are modular and hex nodes can be purchased to add-on to a ship. There’s also different pre-fabricated ships that can be purchased and modified. The customization isn’t very deep, but giving your ship a new color scheme really makes it standout and feel all your own. Adding the extra nodes can help protect your cargo as you can plan where you’ll put plasma turrets, gun turrets, rockets, shields, and engines. There’s a strong sense of ownership with this, and the game benefits greatly from that. An improvement to the structure, is the inclusion of the galaxy map. Here you are able to see in a nice overview what jobs you have available, and where they are. This is helpful because you can determine if a transport will take multiple jumps to arrive at a destination, or if you can delivery two payloads at once (not easy!). The jobs are more interesting to play this time around, and while the characters aren’t as memorable, there’s more conversation had this time. I wish the voice acting was as good as the writing, because there’s some really funny stuff that the voice-work doesn’t express as well.

New to Space Run Galaxy is an online system, complete with a connection to a server. There’s also separate offline and online saves. So if the server is not running, you can’t do anything with that save. Have a good setup in offline mode? Well you can’t partake in anything online. During pre-release, I did see the sales of items put up by places go up and down based as the demand grew and shrank. It’s really cool to see the game be given life that was pretty stagnant in the prior game. Though I wish it integrated directly with Steam rather than its own network within the game. Space Run was a highly enjoyable game in 2014, but Space Run Galaxy often feels like a chore, and isn’t as fun as a result. The menu is clumsy and the HUD is cluttered, and the introduction of crafting and limited use parts makes for a real challenge. Then Space Run Galaxy really opens things up in terms of customization and making the galaxy feel interconnected with other players. There’s nothing more satisfying than making a delivery with seconds to spare, everything smoking, but no cargo was lost and you get your reward. Space Run Galaxy is still a unique tower defense game out there worth playing.