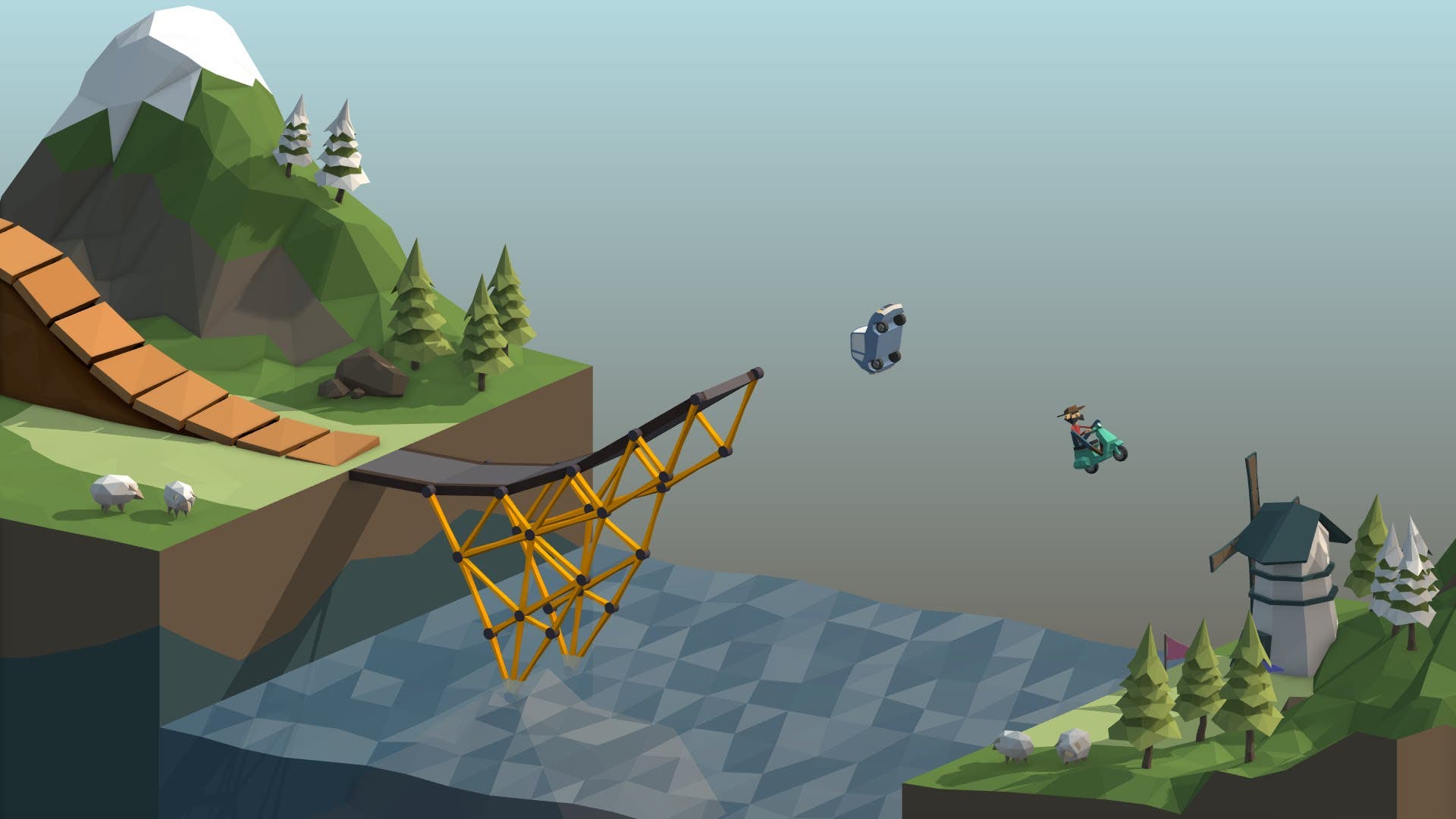 One of the newest and most intriguing features of Poly Bridge is its collaborative Twitch streaming integration. Via http://twitch.drycactus.com players can follow along as their favourite streamers play Poly Bridge, offering suggestions for improvements to their creations in real time.

Streamers can control multiple aspects of the integration at all times, such as:

The final release retains all of the great features that made fans fall in love with Poly Bridge, including hours of physics-based puzzle solving in its Campaign and the wildly popular Sandbox mode, but kicks things up a few notches. In addition to Twitch integration, differences between its launch in Early Access and the final release include, most notably:

For more information about the game, and to view the 120k+ user-generated replays, visit http://drycactus.com.