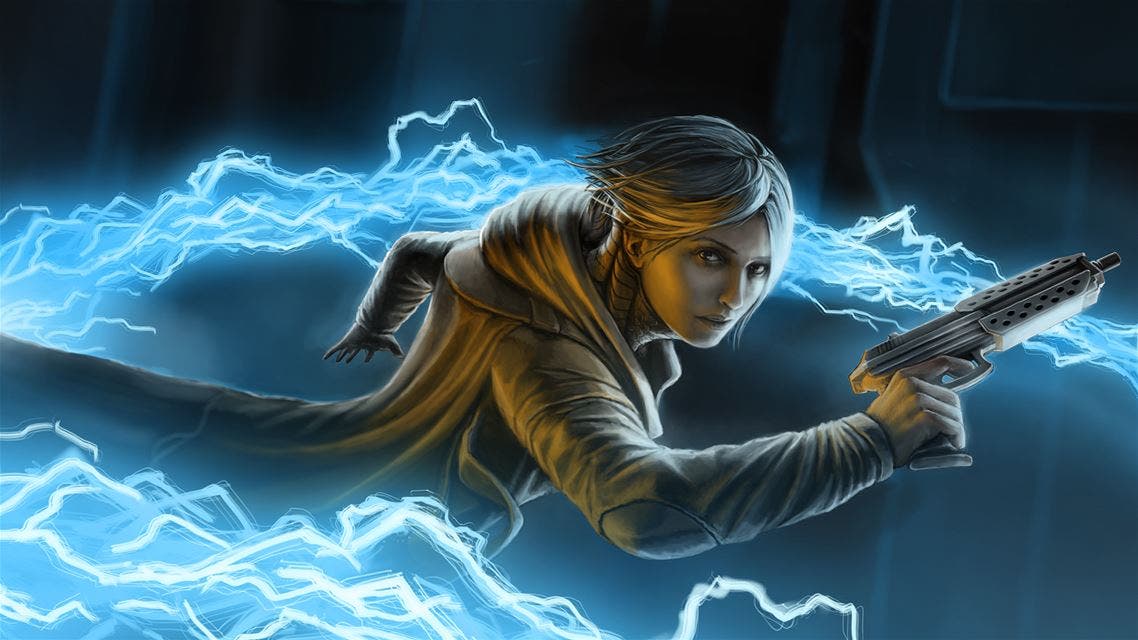 By Justin Celani (@Justins_Gaming_)
Lights Off

Sci-fi Cyber Punk is a genre that is pretty popular these days, but I still feel it has a very small niche in the gaming market. The biggest franchise to move forward in the genre is Dues Ex. So it’s nice to see a game surprise me as much as DEX does. It might have a small indie background, but it has a cyber mechanical heart of metal. Taking place in a location called Harbor Prime, players see the story of Dex unfold in front of her eyes as she is suddenly targeted by a corporation called “The Complex” Soon she meets up with a group of hackers, discovering she has powers no other human does, and it’s up to her and the player to help fight against the company. It’s not a highly original or unique story, but it has enough interesting story beats and elements to ensure players stay interested. The gameplay is what really sold me on the experience.

Imagine part platformer, part RPG, and part side scrolling brawler, and even some elements of shoot-em-ups. Combining all these elements together along with a nice soundtrack and some great sci-fi 2D art style and it comes off as a pretty unique game in both gameplay and visual departments. When something can remind me classic games “Flashback” but mixed with something like “Mass Effect”, the devs have a solid idea on their hands. Multiple choices can be made to change the outcome of the missions or side quests, that to which there are quite a bit of them and they help flesh out the world and feel of Dex. The hacking elements bring in the twin stick shooter elements, even if they feel a bit loose a times. The combat is hand to hand and weapon based with combos and other special attacks. This factors into the exploration and fighting mechanics which can be leveled up over the duration of the game. The weaker aspect of the game comes along with the platforming and climbing as the former feels to loose and sudden and the latter is just extremely slow. Dex is a bit of a surprise hit for me. I had heard of it before but it wasn’t until the release of the enhanced edition that I really took notice. It’s a unique game and a mix of genre’s but it works surprisingly well. There are some little issues here and there, like a map that allows fast travel, but no immediate area map to help you navigate. Also screen tearing on the Xbox One can make it look a bit ugly at moments. Yet nothing truly ever made the experience a hindrance. Visually it’s super appealing to me with its bright and dark contract in colors and 2D art style and I’m a sucker for the atmosphere and setting. DEX is a game I’d like to see further expanded on and let’s hope either a sequel or another game of its type comes back around because I’m truly wanting more.

An Xbox One code for Dex Enhanced Edition was provided by the publisher for review purposes.