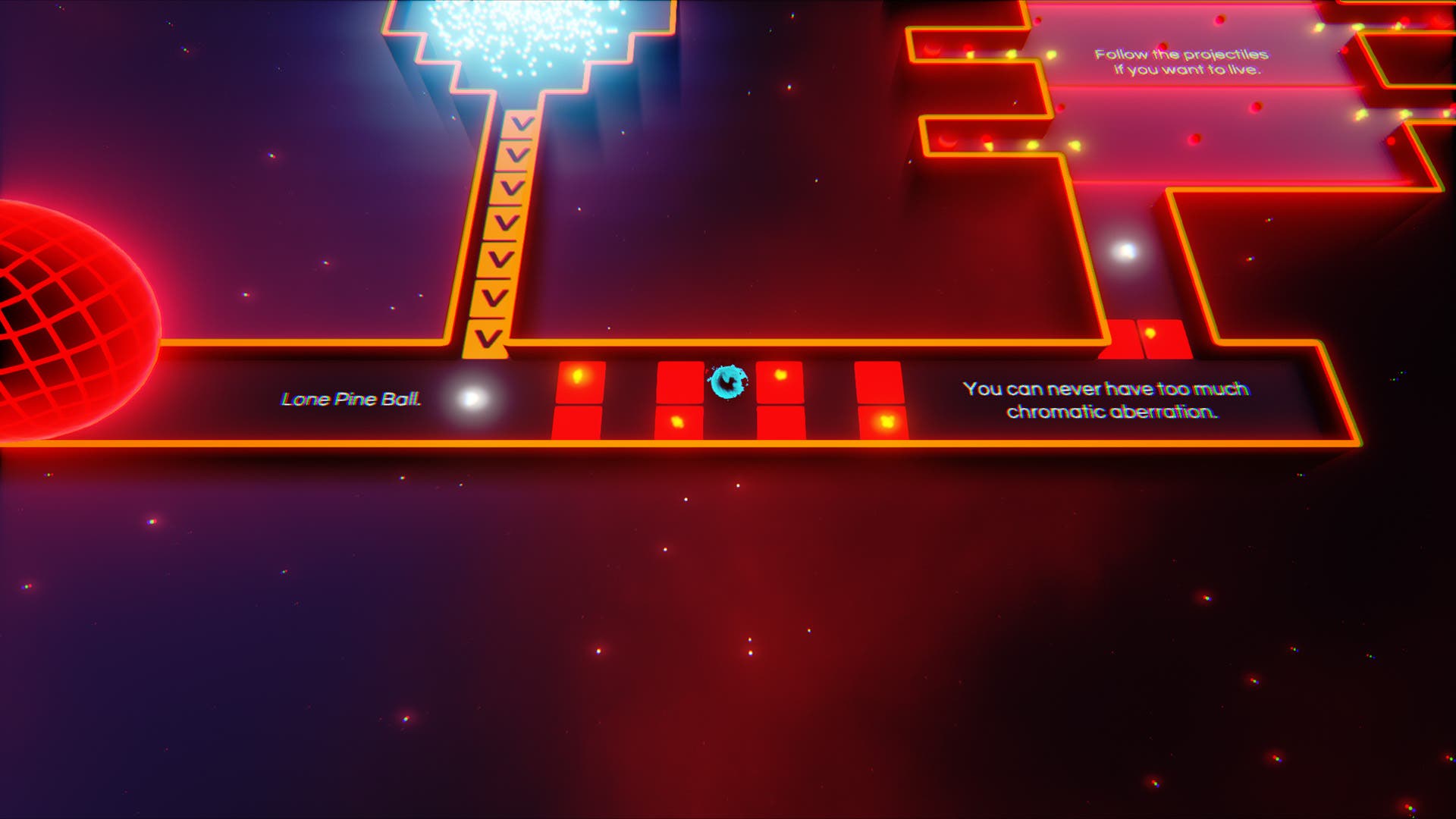 The Road to Ballhalla is paved with lasers and environmental puzzles accessed via balls, and you must outwit in order to make your way there. This inventive ball-rolling adventure is full of flair with crisp and clean visuals that is then accentuated by a punchy soundtrack. Road to Ballhalla is familiar by looks, but is anything what you expect when you actually start playing. Road to Ballhalla is a surprise in all the best ways. The Road to Ballhalla (like Valhalla, get it?) is simple in concept, with only directions and boost being the controls. It’s the environments and puzzles that are the real challenge. Each level is presented with a goal of getting to the hole, but there are obstacles in the way. Every level features a grid and individual squares can either be non-damaging or colored imbuing special traits. Red grids hurt over time, but can do significantly more damage if you are boosting while it is active. Pink grids will constantly move in a pattern, and blues will instakill unless you grab a key to disable it. There’s always a risk of boosting and getting killed at the wrong moment.

As a ball, you do have health that you must monitor and can replenish at checkpoints. There is also a counter for how many times you restart at a checkpoint, and then there’s a percentage of items collected in a level. All of this adds to your overall score when the level is completed. Essentially, all the levels unlock by your own skill, and ability to do well in each level. There is 20 carefully crafted and excellently challenging levels that never feel the same. Road to Ballhalla is a game that’s self-aware and better off for it, often giving you messages that are humorous when starting a level, and popping up a message, chastising you when you fail. Everything about the game is crisp, clean, and has a soft glow – all powered by Unreal Engine 4. The soundtrack is subtle in helping learn visual patterns of dangerous items, but is also very good at delivering just a great auditory experience while playing.

Steam Workshop isn’t in the game quite yet, but it will be soon. There’s more than enough to do in Road to Ballhalla with the normal trials, rush mode, and going to collect everything, and find hidden items. But, if you exhaust all of that, there will be new levels to download from the community to get your balls on them. Road to Ballhalla really surprised me, because I didn’t know what to make of it originally. As time wore on, I was constantly challenged by it, and the game introduced new mechanics at just the right pace. I laughed at the jokes, I cried at my faults, but I had fun playing it no matter my successes or failures. Simple controls, simple mechanics, but a creative thinking help this game stand out in really interesting ways. Road to Ballhalla is a short journey, but just roll with it.