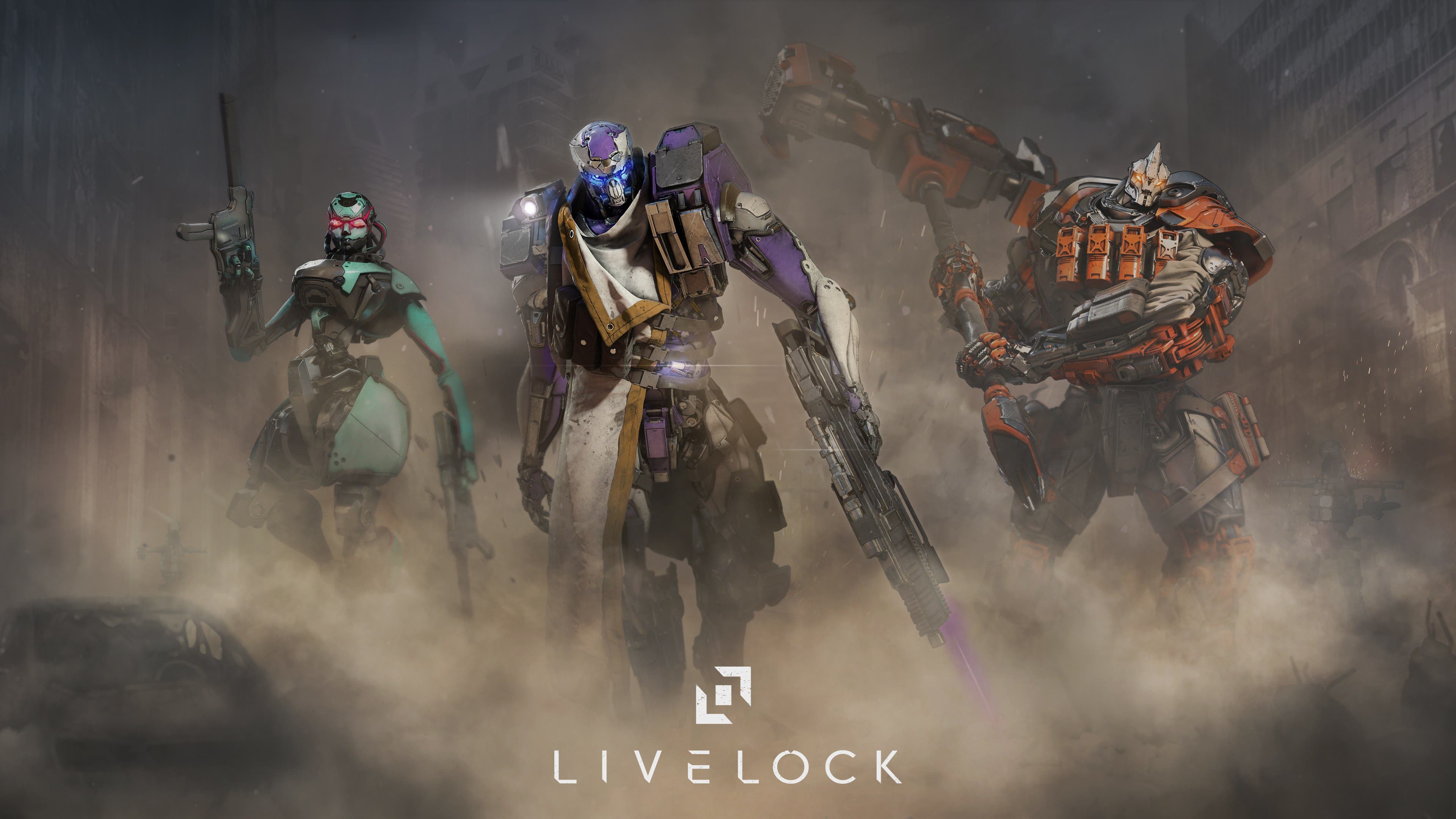 Looking at Livelock, you might see open-world elements of Alienation, Helldivers, or even Diablo, but that’s not what the game is. Livelock is a much more linear and focused game, the action is relentless, and there’s a constant need to have you smash your way through each level, done with the greatest of ease. And unless you intend to take every character in Livelock to the max level, replayability is a bit lower than expected for this top-down, twin-stick shooter. Awakened in the now 22nd century, you choose between three chassis with a singular entity known as a “Capital Intellect”, an uploaded human consciousnesses. Mankind has been wiped out and all brain activity stored in Eden. The time is now to restore humanity. An infinite war has been raging since the cataclysm wiped out humans, and a group of robots known as Clusters who are out to stop the Intellect. The intellect’s purpose is stopping the clusters and awakening their ancestral humans.

Of the three chassis to choose from, I spent the most time with Hex. Hex deals damage at long range that will cluster mines to create distance and calls in orbital strikes to clear the field. Catalyst is a roughneck that uses heavy gauntlets do to the talking, has a cool shield ability that bounces back shots which kills the enemy that shot you. Vanguard’s arsenal consists a beam-weapon that does damage over time before killing an enemy, and then call upon a cyber-turret to do more damage in a support role. Every character in Livelock has a primary, secondary, and launcher weapon. The secondary and launcher weapons aren’t immediately available to your characters, but they can be unlocked once you’ve reached the designed character levels to begin using them. Livelock focuses on unrelenting action and high scores. Livelock keeps track of points obtained for destruction, bonus objectives completed, respawns not used, and time taken to complete a level. This is all then compiled and places a score onto a leaderboard. When mid-level conversation happen, the game lets your combo run down while you’re listening to people talk. It makes certain sense, but to salvage the multiplier, you have to skip conversational and story-building moments for the sake of your score. It’s an odd decision to say the least.

At the end of each level is the only time you’ll have experience earned put into your character. The game also doesn’t save mid-mission, so if you intend to play a level, you better finish it in order to have progression. Livelock is not about collecting loot, but rather currency during play lets you upgrade weapons for better damage per second output. Along the way you’ll unlock cosmetic items such as helmets, capes, and paint schemes for your intellect. At one point I was rolling around with a Splinter Cell-esque headgear, a lumberjack paint, and a gold foil cape. It was gaudy, but it was me. Each character has a tree designating what will unlock and when. Livelock‘s level cap stops at 30, and seems about right given the content that’s in the game.

Each level in Livelock doesn’t take long to complete, ensuring you’ll always be under par when the final score’s delivered. The game itself is rather short, completing the twenty-two levels in about six hours. This playthrough got my character to Level 28. I completed Livelock with a single character. Act 1 consists of a meaty 11 levels, but then Act 2 and 3 feel rushed. Act 2 is only 6 levels long, and Act 3 is a paltry 5 levels. Livelock‘s level structure could have been better distributed, so it doesn’t feel so abrupt. Capping the end of each act are cutscenes, these detailed animations are like a comic-book, but you miss out on seeing the game engine do cool stuff. Livelock doesn’t have much variety, but does avoid having more than one escort and defense against waves missions. Other missions are to search and destroy things, which is mindless fun.

Penalty for dying in Livelock is non-existent. Dying during a mission or even during a boss battle, you just respawn, or “reprint” via drop pod with no penalty other than to your score multiplier. The drop pod actually inflicts a lot of damage, and used as a weapon during these combat situations. The only time I ever lost a mission was due to being overwhelmed during the cliched and dreaded escort mission. Bosses have this nasty habit of evoking the coward trait, always retreating for a fight later. This happens quite often in Livelock, and is never fun to go through a boss battle that doesn’t finish there. The build-up to one of the bosses just never pays off – especially when the ending is predictable and was foreshadowed earlier in the game. When the campaign is complete, you can go back into it and try for harder difficulties solo or with others online, or you can play the Open Protocol Mode. It’s an endless survival mode that will let you play with your characters with whatever level they were at last. Your survivability seems to depend on if you’re closer to Level 30 than Level 1. Playing this mode is just for score, and while I get the reasons behind it, there’s no XP that is gained from it. Without any other type of reward, I’m not seeing the point in playing it.

If playing on PC, Livelock is doable with a mouse and keyboard, and also on PC and onto console, gamepad is the other control option. Neither one felt particularly great, and rather stiff to control each character. Livelock‘s presentation is full of beauty with particles and crisp textures. The physics are no slouch with destructible walls that crumble at the mere touch of your hulking robot. I do wish the music was more prevalent, far too often Livelock was awkward in its quietness. Livelock is a game that can is fine played solo, but leans towards co-op play as being the ideal way to play. Livelock is a fun ride, but it is short-lived that is to its benefit and detriment. The game never overstays its welcome, but with how brisk you can get through the game makes it hard to see its value. There’s plenty of ways to replay the game, but I never felt compelled to do any of it again with another character or try to find someone online. Livelock has some interesting things going for it, but I won’t be going back until some expansions add something worth coming back to.