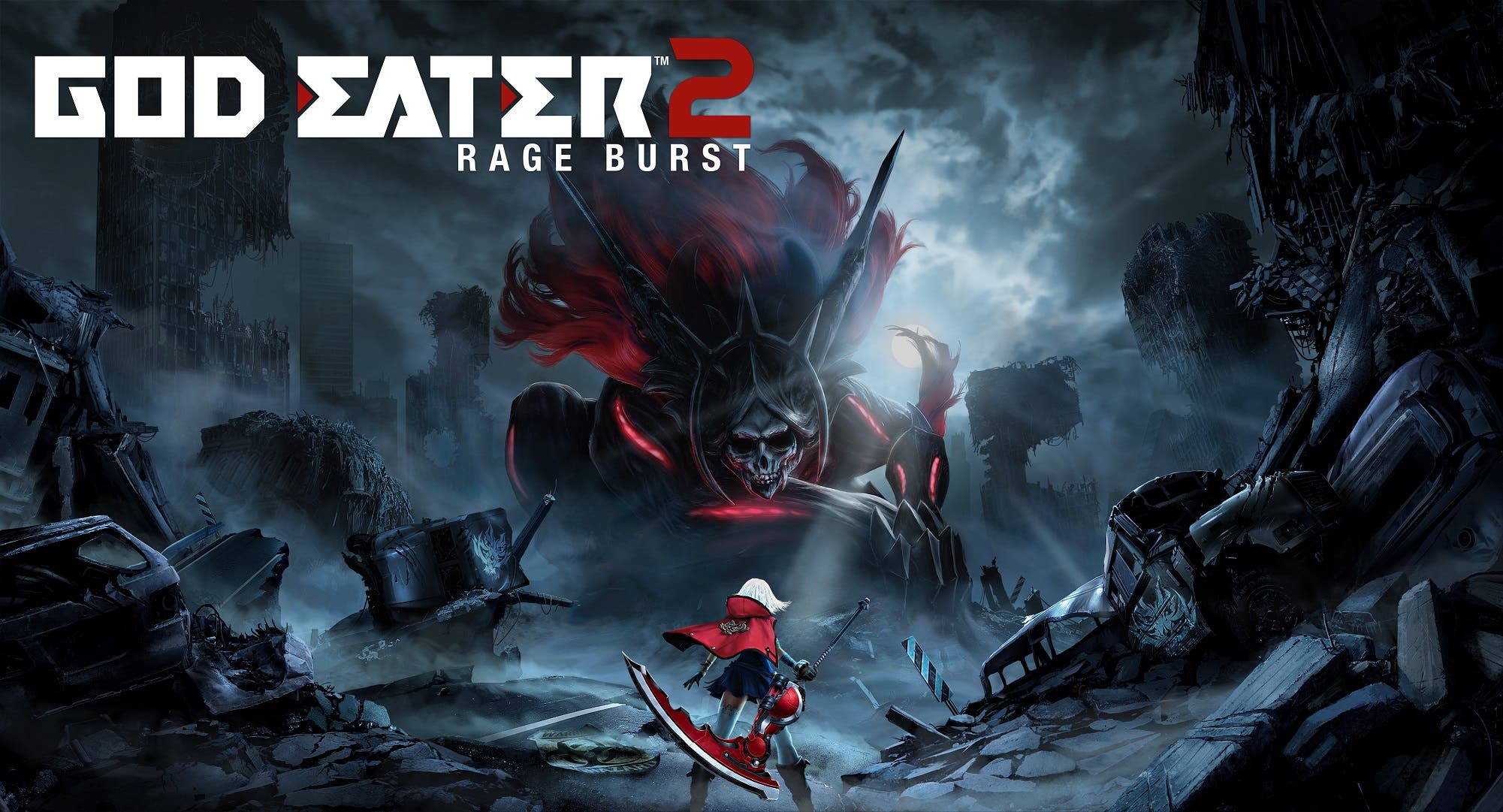 ♫ He’s a god eater ♫ is a singing joke I made when I first booted up God Eater 2, Rage Burst. I knew little about this game aside from the name, that it was a sequel to God Eater, and that these titles were originally on Vita. I’ll say right away, if games like Monster Hunter are not an idea of a perfect night of gaming, then stay fast, as God Eater 2 is more than likely not going to win anyone over otherwise. God Eater 2 takes place about three years after the original events and showcases new recruits being gathered to help put a stop against the Araigami. These are huge, nasty, demon like monsters that have invaded the lands and pretty much destroyed what we know.  Luckily for humanity these God Eaters are taking on missions to destroy each on as they can.  The story elements are probably one of the more enjoyable aspects that keeps players going in this 40 + hours games as the core gameplay element and loop can be downright repetitive and perhaps too long overall.

Players will take on the various missions and enemies over the course of the game in a very similar and repeated manner. Missions is accepted, decide which characters to take out on the field, and then destroy them. It’s doesn’t really get all that more elaborate.  Missions are usually rather short and I believe due to this being a portable title originally, perhaps this is why, but I never felt myself out on the field very long.  Just when I was getting into the groove, it would be over. That’s not to say that all missions end shortly, as some enemies take quite a while to do battle with, yet it just seems right when I would be in the zone, it’s over, which is both a shame and a blessing. Since the actions on the field mostly play out the same aside from what weapons players decide to use or people to bring. Getting back means getting another taste of the story elements. That’s not to say there isn’t a lot under the hood of the game. While its gameplay elements might be a bit shallow, there is also a robust crafting, upgrade system, and lots of weapons to use. From huge blades, slow hammers, and swift scythes.  So if fighting over and over to get new resources to craft better weapons and armor is player’s thing, there is plenty here. Add in the ability to also switch on the fly between guns and melee weapons, there is still a decent idea and gameplay here. Yet for me it all began to become too familiar and mundane after a handful of hours, which is a bit of a shock as the game is reportedly extremely long, even if not doing the side content. I gave God Eater 2 a chance and unfortunately it just didn’t capture me at all. It’s not the dated visuals either. Perhaps as a mobile type of game I could put away a battle or two away in an office or while waiting for a ride and the repetition and gameplay loop could have stayed fresh. Yet for a game I’m playing at home, I felt it was just far too little of a gameplay loop to keep me engaged and it’s a shame as it was generally easy to play and get into title if not just a little overbearing at the start.  I’m sure fans of the first game and of this type of genre might love it, but I walked away from it just wanting more, but my guess isn’t that the game has issues, it’s just that this genre isn’t for me.  Those that do enjoy the genre, hours on end, would be best to start with the first game, which luckily comes digitally free with the purchase of 2, making this a solid package with hours of content. Playing alone or with friends online can be a monster of a time, as long as it’s something that clicks with you.