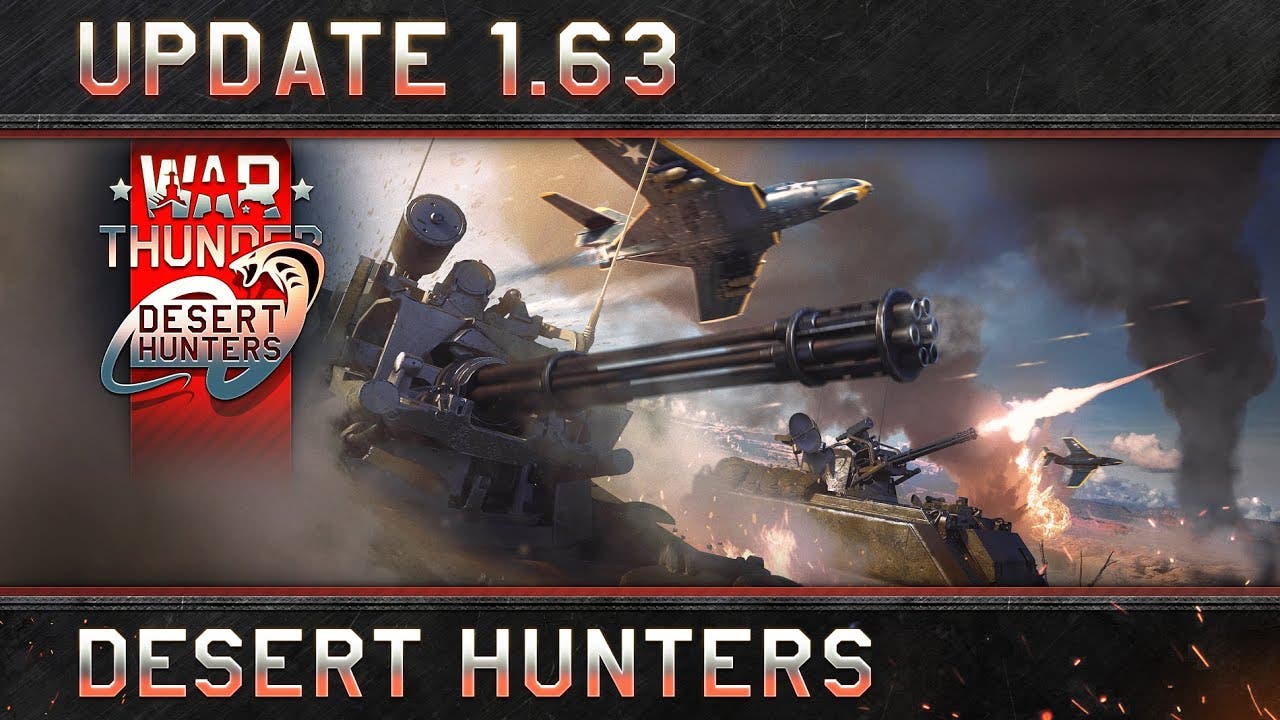 The Desert Hunters 1.63 update will introduce the searing expanse of Egypt’s sparsely populated desert region of Sinai. This large and unforgiving terrain will challenge even the best tankers and pilots as they fight it out in combined battles amongst a myriad of sand dunes and in the ruins of an old village as they battle to capture an oil installation.

War Thunder’s second map is designed for aerial combat located in Greece, the labyrinth of rocky valleys with its twisting turns and obstacles will test the skills of any decent pilot. Players will need to navigate a multi-tiered landscape and be on the constant lookout for ‘boom and zoom’ fighter attacks looking to make a surprise kill.

War Thunder’s already massive roster of more than 700 vehicles gets another boost with the addition of new ground vehicles and aircraft. The new WW2 and Cold War era options include three new top rank self-propelled anti-aircraft guns as well as plenty of other new ground vehicles and tanks. One of those is the British Swingfire anti-tank wire guided missile system, which is sure to pack a punch with its high explosive warhead against armored vehicles.

First to raise the bar in the anti-air department is the American M163 Vulcan Air Defense System with its massive, six-barreled 20mm Gatling autocannon capable of firing more than 3000 rounds per minute. Equally impressive is the famous Soviet ZSU-23-4 ‘Shilka’ with its 23mm ‘Amur’ quad anti-aircraft cannon and Germany’s last cannon-based anti-aircraft tank, the Flakpanzer Gepard, with a twin 35mm Oerlikon KDA autocannon.

The latest 1.63 update will also add the following planes, the giant Blohm & Voss BV 238, one of the largest and heaviest flying boats ever produced by Axis powers during WW2, the plane will also be the biggest aircraft available in War Thunder complete with its 60-meter wingspan. The US Air Force will be getting a carrier based jet, the F9F8 Cougar. For Japan, the latest update will see the introduction of the high altitude interceptor the Ki-87 and for the British the Bristol Brigand twin engine anti-shipping / ground attack plane.

To see all the latest information on the Desert Hunters 1.63 update, click here https://warthunder.com/en/news/4258-news-update-1-63-desert-hunters-released-survey-added-en/