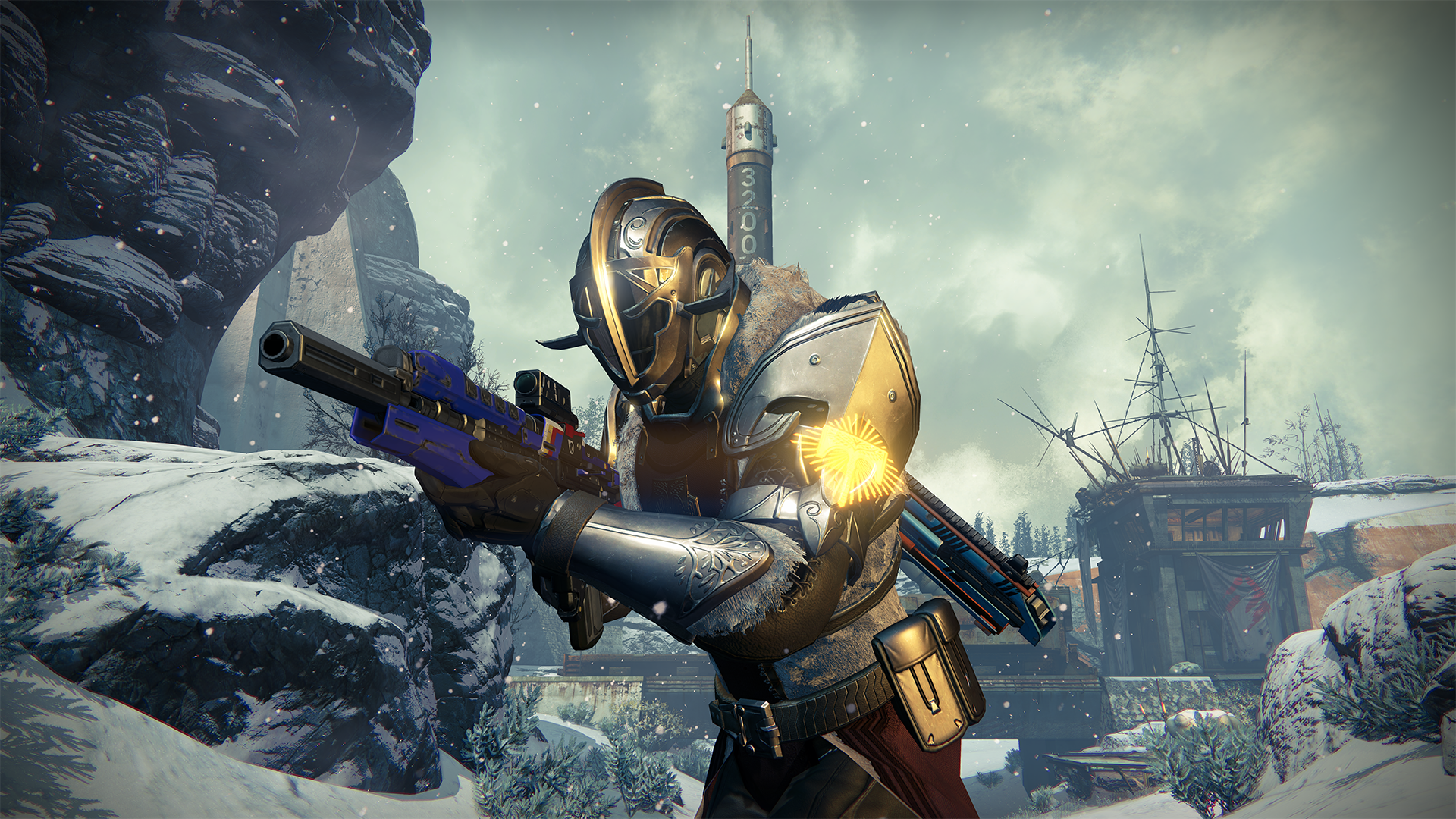 Like its sister expansions before it, Rise of Iron follows the same path of focusing on a side story in the Destiny universe, further expanding the narrative surrounding the base game. A technology called SIVA was created many years ago to help rebuild the world in the event of disaster. As you’d expect, things didn’t go according to plan. The Iron Lords fought to keep it contained but ultimately lost their lives in doing so. Lord Saladin (the Iron Banner NPC) was the sole survivor and he is your main quest giver in the Rise of Iron. As you find the new Iron Temple social area, the Fallen attack and so you and Lord Saladin are on a journey to stop the Fallen and SIVA from infecting everything.

Unfortunately, Rise of Iron’s campaign is rather short and less interesting than previous expansions. Lord Saladin’s character is very one dimensional and the Iron Lords backstory is a bit of a mess. The game tries to explain what SIVA is and how it came to be, which I guess I understand? The takeaway I got was that it’s bad and the Fallen are infusing themselves with it. Which leads to a “new” enemy type. The gimmick being that they launch a guardian-seeking grenade when you perform a head-shot; cool I guess? I’m sure Destiny wants you to feel for Saladin with the loss of his friends at the hand of SIVA, but I never made any meaningful connection, he just feels like a generic gruff soldier man; Cayde-6 he is not.

When I mentioned the campaign was short, I managed to finish it in rough 2-3 hours. It had it’s moments but looking back on it, nothing stood out other than the final boss. Once you look past the campaign though, you start to get into the meat of Rise of Iron and that’s the side content and quests. You’ll have the new social area, Felwinter Peak, to pick up new quests and bounties. You’ll even meet new NPCs here as well. Bonus for you if you can climb your way to the top of the mountain overlooking the area. The new Patrol area is the Plaguelands, a snow covered level outside of the Cosmodrome’s walls. In fact you can venture back into part of the Cosmodrome making it seem even larger, too bad it still isn’t all that interesting. The snow covered lands look great but it just feels like more of the same.

The Plaguelands contains the Archon’s Forge, which is basically a mix of the Court of Oryx and the Prison of Elders. It’s an enemy filled arena where your fire-team can join up with other random players to take down increasingly difficult Fallen enemies. The difficulty can get rough and you’ll want to have more than three people to tackle it. There’s no matchmaking here and unfortunately Destiny still has no way of you creating a fire-team of more than three people for patrols. You just have to hope to be spawned in an instance of random players or that you’re well equipped for the job. Unlike the Court of Oryx or the Prison of Elders, there is no real modifiers that change up the strategy needed. It’s basically just pump the baddies full of ammo and use the spawned axes to take out the “boss”. There can be fun to be had in this mode but for me it was just a means of completing bounties and the Rise of Iron Book.

All the negatives aside, there is good within this expansion. There are some interesting new quests for exotics, new hidden “fragments” to collect, three new strikes to partake in, lots of new and updated armor and weaponry, a new raid that I haven’t been able to participate in yet, and a new Crucible game type that unlike the rest of the Crucible, is actually enjoyable to play. The new game mode is called Supremacy and its a 6v6 match where the goal is to capture the most crests dropped by downed opponents. You can also deny your opponents your teammates crests by picking them up before they do. It’s a surprisingly fun and strategic game mode that has constant action with a lower level of frustration than any other mode within Destiny’s Crucible.

Rise of Iron feels like Bungie is just filling time till they can get Destiny 2 into our hands. The uninspired campaign, the “more of the same” Plaguelands, and a slapped on addition of Archon’s Forge don’t set this expansion apart in any way or make it very noteworthy. Spend the time though and you’ll find that there is some fun to be had solo or with friends.