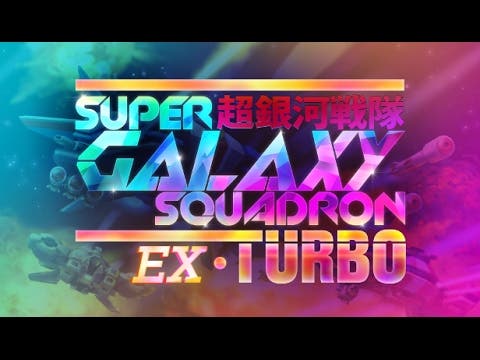 Super Galaxy Squadron EX Turbo is available today as a free upgrade or for $9.99 for new pilots on Steam:  http://store.steampowered.com/app/345860/. Built upon the exceptional shoot ’em up from 2015, Super Galaxy Squadron EX Turbo is an expansion/remaster/one-step-from-a-sequel-no-for-reals that takes the original game’s frantic action and modern accessibility to vastly greater heights for both veteran ‘shmup’ experts to every day human beings.

The year is 2438, eleven years after the First Ceti War. The United Interstellar Federation and a secluded alien race from Tau Ceti are locked in a tense stalemate, and seventeen of the best pilots in the Federation have been recruited to single handedly win the inevitable second war. This is where you come in, one of the galaxy’s best pilots.

Featuring incredibly fast action with loads of new interstellar weaponry and brand new ships, Super Galaxy Squadron EX Turbo brings a unique style to the shoot ’em up genre. New abilities force you to rethink old strategies in combat, and allow for greater personal style in how you choose to save the galaxy. The full list of enhancements, updates and content can be found here: http://steamcommunity.com/games/345860/announcements/detail/681571213373996073.

Bullets, lasers and other incredible ways to wipe out your enemies abound in the ultimate shoot em up. Deep and challenging gameplay for the most experienced shoot ‘em up players while a masterfully designed UI and expertly calculated difficulty curve allow the title to be accessible to new pilots, Super Galaxy Squadron’s latest content is a do-not-miss. Get it today on Steam for PC.