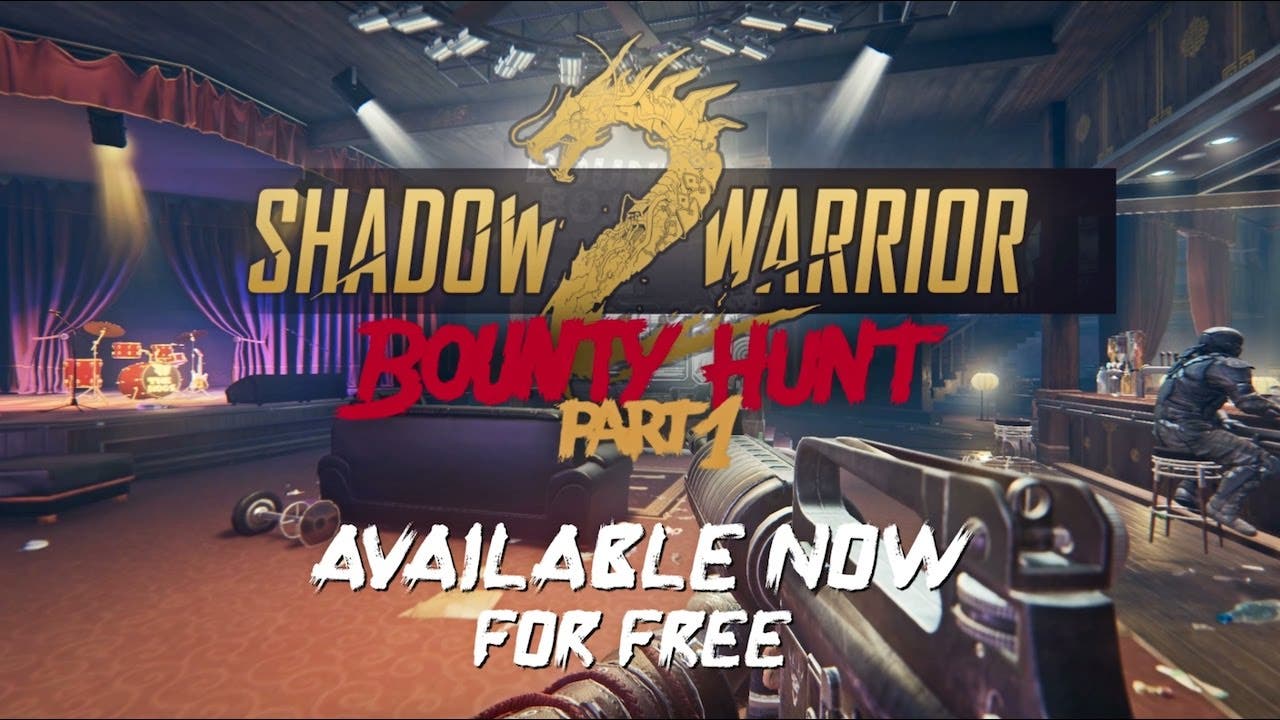 Shadow Warrior 2: Bounty Hunt Part 1 is the first of many free DLC missions packs, out now

Flying Wild Hog and Devolver Digital have released Shadow Warrior 2: Bounty Hunt Part 1, the next in a series of free DLC mission packs following the recent Shadow Warrior 2: Way of the Wang DLC. Shadow Warrior 2 is 25 percent off through the weekend to celebrate the launch of this hot new throbbing piece of content [http://whowantssome.wang].

The Shadow Warrior 2: Bounty Hunt Part 1 DLC piles on the action with fourteen wild new missions, two dazzling new weapons, and four tantalizing new perks for Lo Wang and the gang. Battle alone or with up to four ninjas in crime in some of the most over the top missions yet like Plague of the Bunny Lords, 50 Shades of Shade, and Danger Zone on Mt. Akuma. Strike at the demon hordes with new perks like Revenge and Shared Pain or arm up with the new Medusa Ray and EX-GF01 minigun.

Shadow Warrior 2 is the stunning evolution of Flying Wild Hog’s offbeat first-person shooter following the further misadventures of former corporate shogun Lo Wang. Now surviving as a reclusive mercenary on the edge of a corrupted world, the formidable warrior must again wield a devastating combination of guns, blades, magic and wit to strike down the demonic legions overwhelming the world he inadvertently corrupted. Battle alongside allies online in four-player co-op or go it alone in spectacular landscapes to complete daring missions and collect powerful new weapons, armor, and arcane relics of legend.