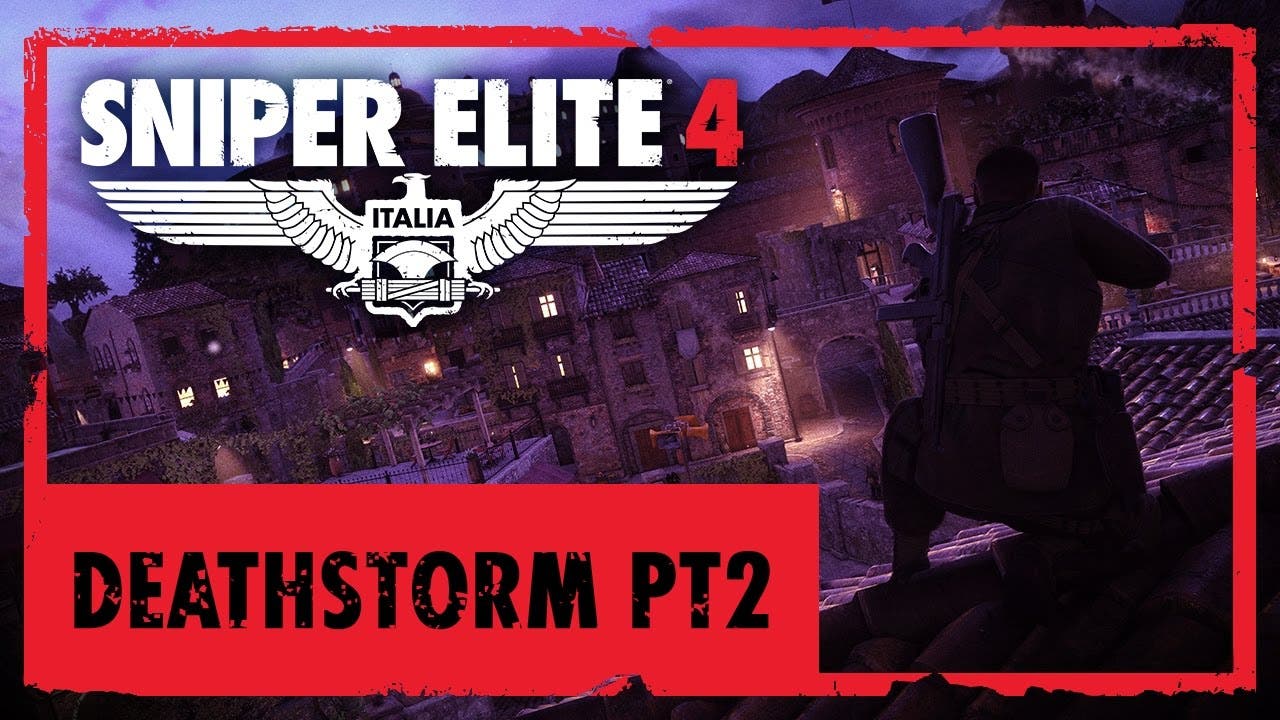 The second chapter in DEATHSTORM, a BRAND NEW mini-campaign for SNIPER ELITE®4, is available to purchase today on PlayStation®4, Xbox One and PC. This exciting addition headlines a glut of new content, including a huge FREE update for all players that delivers a new map, competitive mode and Survival mission.

DEATHSTORM PART 2: INFILTRATION is the second chapter and mission in the new three-part campaign for Sniper Elite 4 for 1-2 players.

Agent Karl Fairburne has recovered the ‘Deathstorm’ package – canisters full of deadly plutonium particles. Now he’s been dispatched to the Fascist-occupied north of Italy to find out what the Nazis are planning for their new weapon. The beautiful medieval town of Niroli, now a regional centre for the Nazi propaganda machine and garrisoned with a strong Italian force, holds the key to Deathstorm.

Karl must infiltrate the town, find a prominent Italian scientist and rescue his wife – a crucial Allied informant – before it’s too late.

Set at dusk amidst the winding alleys, yawning rooftops and lofty towers of a venerable walled city, Deathstorm Part 2 offers an atmospheric and tactically varied environment packed with deadly opportunity, a new elite enemy unit and an explosive new weapon …

In addition, Rebellion have released a HUGE FREE UPDATE FOR ALL PLAYERS packed with new content and gameplay tweaks.

A free new map, “Urban”, works across Survival mode and all competitive multiplayer modes, including a returning favourite – Capture the Flag!

Stay tuned for more updates in late Spring and Summer as Sniper Elite 4 continues to deliver fans a compelling flow of free and paid post-launch content.