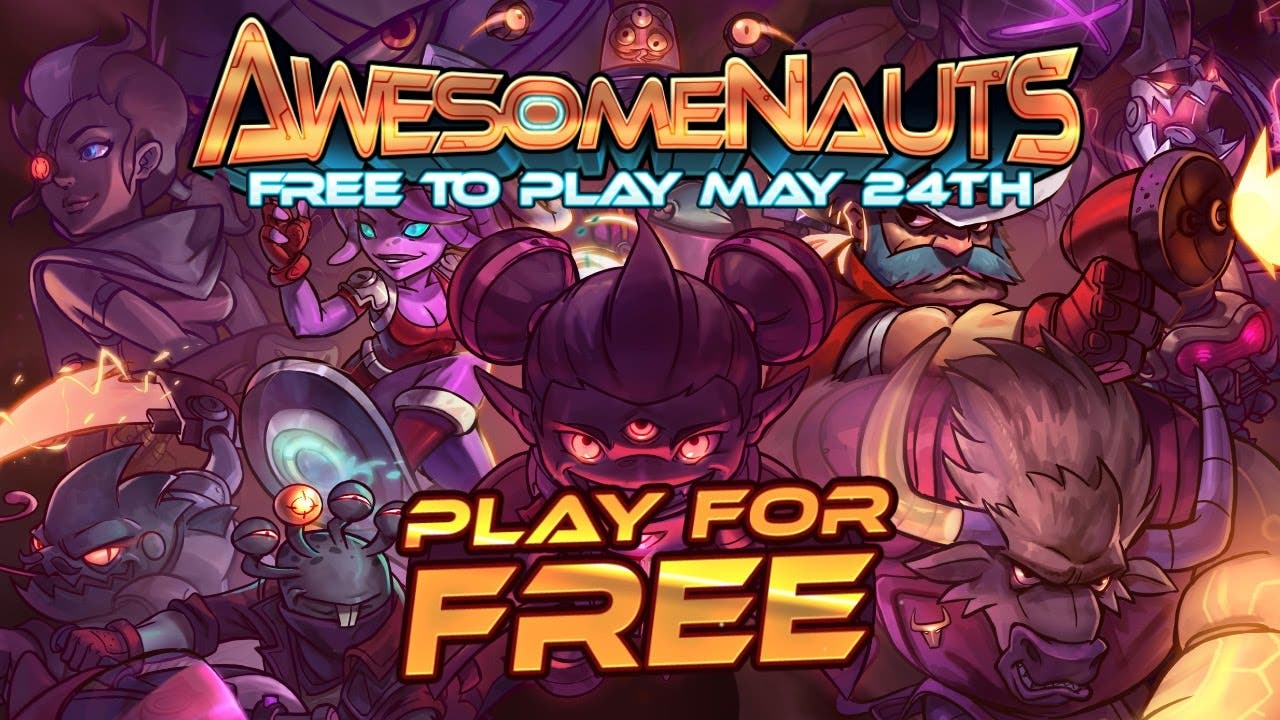 Awesomenauts is going free-to-play on May 24th

Awesomenauts, the 2D side-scrolling MOBA, is going free-to-play on Steam on May 24th. A major update, dubbed ‘Awesomenauts 4.0: Going free to play May 24th‘, has launched today with a completely overhauled progression system, a wide array of new customization options, and much more.

At Ronimo, we’ve been wanting to open up the game for everyone for a long time. It’s a great way to make the game more enticing for new players and easier to share for existing players. However, it has taken us a while to get the game ready, because we wanted to make sure we do it right.

The transition to a free-to-play model has been in the works for several years, and the latest update builds on many of the changes that we’ve already brought to Awesomenauts in the last year. From the introduction of our new AAA-level matchmaking system, the release of our live spectator mode, to the release of Steam Workshop integration and a level editor… it all lead to this! Moving forward, we’ll continue to realize the full potential of Awesomenauts with even more content, features, and more awesomeness.

The launch of Awesomenauts 4.0 is the start of an exciting new time for Awesomenauts and the existing community, as we reach out to new communities and are ready to welcome new players to the fold. We’re building on five years of experience in post-launch support with Awesomenauts, and can’t wait to welcome new players to the community! Over the next month, we’ll be tweaking the systems and making further improvements to the many new features based on feedback from our existing playerbase. Then, on Wednesday May 24th, we’ll be ready to welcome new communities when the game officially transitions to ‘free-to-play’ on Steam!

The highlights of the new update are as follows:
Nobody will lose any content during this transition. Existing players will automatically have all the content they previously owned unlocked. And as an additional thank-you, all players who registered a copy of Awesomenauts on Steam before this announcement will be granted ‘Founder’ status, with a unique medal. Players who own Awesomenauts and both the Starstorm and Overdrive expansions by May 24th will automatically be upgraded to the new ‘Awesomenauts All Nauts Pack’, which will grant them all playable characters for free, forever.
During the ‘live beta’, which runs from today until May 24th, we’ll be inviting new players into the game through Beta keys that grant early access to the game! These Beta keys will allow lucky players to access the free-to-play experience before it is live for everyone. Players interested in signing up for the Beta can do so here: https://www.awesomenauts.com/sign-up-for-beta-access. For their efforts (once selected) they’ll be granted ‘Vanguard’ status, which comes with its own unique medal.