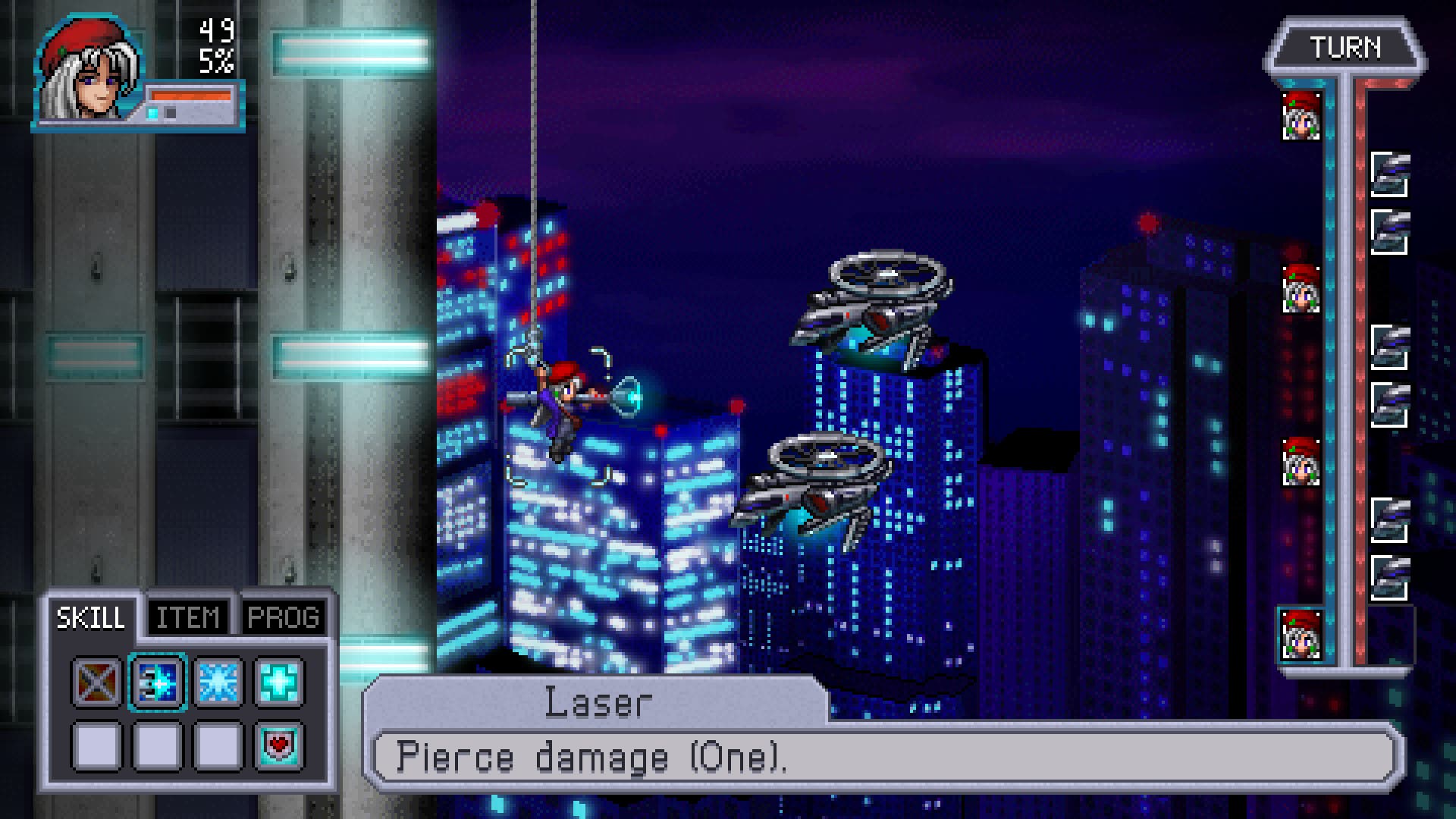 I was a late bloomer to the RPG genre. I literally forced myself to get into them when Super Mario RPG Legend of the Seven Stars released as I was a huge Nintendo fan. I had tried to understand RPG mechanics but it never clicked up until this point. Ever since, I’ve been enthralled going back to the games I missed. Games such as Phantasy Star, Chrono Trigger, and Secret of Mana awaited for me to discover. I mention these games because Zeboyd Games latest RPG Cosmic Star Heroine aims to recapture the magic of those titles and it pleases me to say that it does so almost perfectly. Editor’s Note: Scott Ellison II, the Editor-in-Chief of Saving Content is friends with the developers and also one of the backers of Cosmic Star Heroine. Scott in no way had any involvement in the resulting review text, or score. Review code was obtained through Zeboyd Games directly to our reviewer.

Playing as Alyssa, a space super-agent of sorts, she starts on a case that leads her to question the very people running the organization she is a part of. It’s fast and right to the point, which is something to be said about the entire experience.  There are little moments of downtime as far as plot and progression goes but one minute players will be recruiting a pop star singer and hours later picking up a suave alien detective. The cast of characters she meets along the way are varied and colorful. If any complaints can be levied at CSH, being a slow burn wouldn’t be one of them.  In ways, the game might even be a bit too fast paced for players with story elements coming and going in the blink of an eye to move the cast of characters forward exploring new locations and other planets. Combat is key for an RPG, especially turned based, as in some cases it can turn to a bit of a monotonous grind to constantly fight, hitting the attack button, spamming the controller, till the enemies die and the game continues. Here we have a very well-made combat system that invokes more strategy then most.  Abilities are unlocked as player’s level up and these all have various attack moves and unique animations. Where the strategy comes in is knowing when to use the skills, as most are a onetime use until the character defends, which recharges their attack choices. Using the various elements of burst, hyper and style modes becomes a key in winning battles as well as knowing the weakness the enemies have. If played right, this leads to gaining some devastating damage numbers between attacks and combing up one person’s move with another. It’s extremely satisfying and works well with the on screen combat and timeline bar for attacks. Items are equipped and can be used once per round as well as the unique abilities characters have. It all just adds to knowing what characters to have in the party, analyses what abilities work well together, and when best to utilize them. Simply wonderful and deeper then expected.

Visually, CSH looks like a game that could have been found on the SNES back in the day. Great pixel character and animations, especially the various skills. Some are a joy to watch transpire on screen. As fast as the story progresses with its faster pace, there is never a dull moment when exploring or fighting due to the variation in locations and enemy designs. It feels like they are constantly changing with little room to grow bored.  The music soundtrack that accompanies the various cut scenes and exploration is wonderful with a wide variety of style per location. Some sound like something out of Blade Runner, another sounds very alien and spooky, just lots of good music here. Also have to mention the wonderful animated cut scenes here. They might be brief but they are fairly abundant and the ending uses them to great extent, a much appreciated touched that I love in role playing games. The sound effects are the only area of concern, while most sound find, it appears some scenes are just lacking any for actions happening on screen making some scenes oddly quite. The story itself is blazingly fast to the point of sometimes wanting things to slow down a bit. There are a ton of characters that join the party and I felt I was never able to get a greater sense of their personalities, even if I loved most of the visual design and dialog they did provide. I simply wished I could have spent more time with them so I would say that’s a testament to the devs on making characters I loved the idea of even if they weren’t more fleshed out. Sadly there have been some bug issues also during my playtime like repeating dialog or freezing in battle. The devs have been updating the game continually to fix these issues at a fast pace, but they did occur in my time with the game. My take away from the entire experience is that this is one game every RPG player needs to check out. Regardless if they never had a chance to play older RPGS or not, there is a fun combat system here with great locations, soundtrack, and characters. It’s as if Zeboyd games reached into a closet, pulled out some magical missing SNES cartridge no one ever discovered, and said “Boy, do I have a RPG you need to play”

A pre-release Steam code was provided by the developer for review purposes.