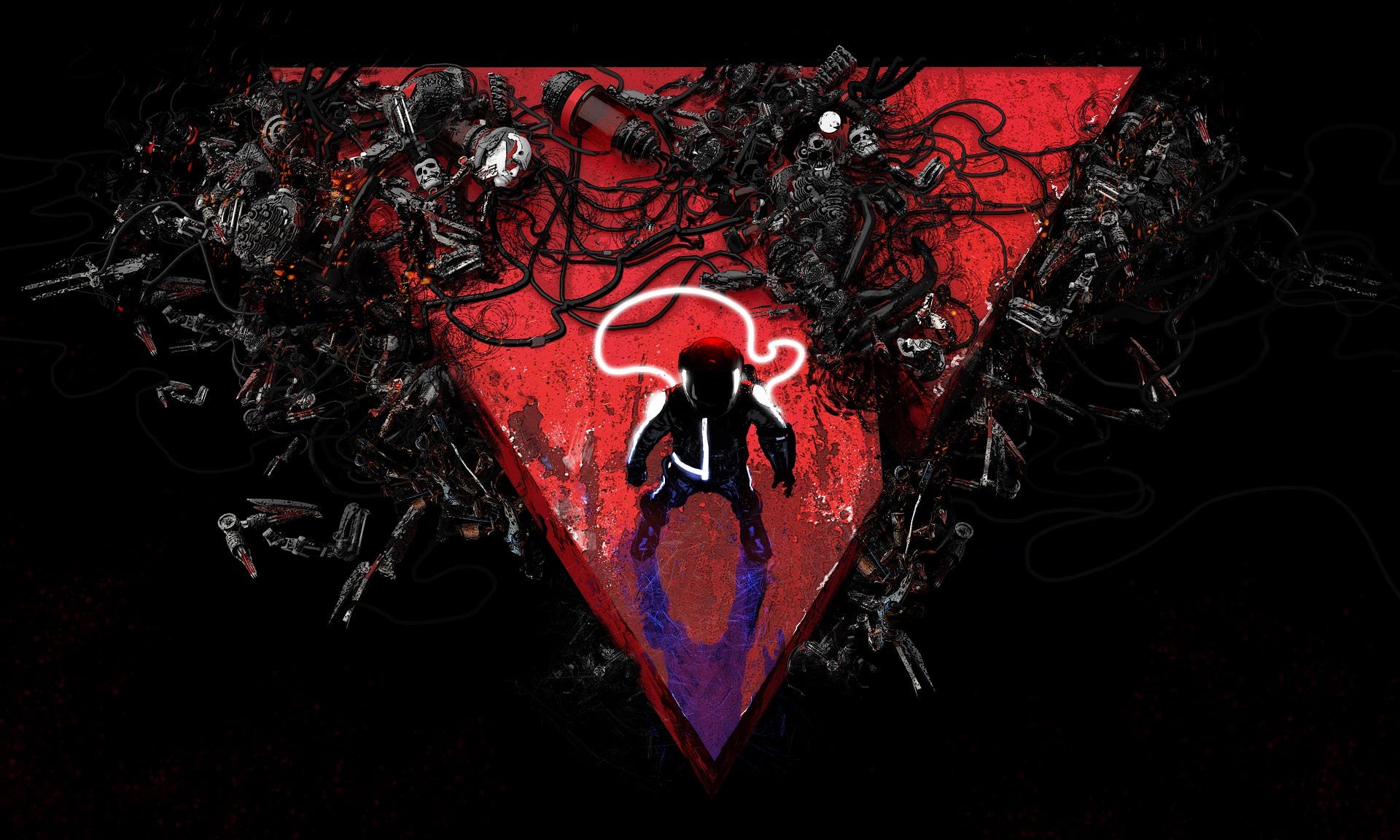 Nex Machina comes from the mind of Eugene Jarvis and Housemarque, both with incredible pedigrees on their own. Together, they started working on “Project Jarvis” several years ago, and this is the child borne from those ideas. The result is the best twin-stick shooter today. Nex Machina pays homage to games of the past that gave this inspiration, while using technology of today to influence the future of twin-stick shooters in all its voxel glory.

Nex Machina has a simple but elegant introduction to the cyberpunk story. From there, Nex Machina goes full bore from moment one. While the game ramps up evenly, but the particles, voxels, lighting, and shooting is at 110% during the first level. There’s a Housemarque formula of saving humans a la Resogun or Super Stardust here, but the game is deeper, and so much harder. It calls back to Robotron 2084 and Smash TV for inspiration. The game’s subtitle is “Death Machine”, and while it is referring to the robots fighting the humans, the same can be said about the game even on the default difficulty. Nex Machina isn’t impossible by any means, but challenges your reflexes by pushing them to their limits. And since everything can kill you in one hit, you have to be cognizant of everything around you to survive.

The Arcade mode feels like it came from a real arcade. Depending on difficulty, you have a set number of continues. On the easiest difficulty, you have unlimited. But the higher you go, the more restrictive it becomes. It makes you feel like a kid an arcade with only a pocket full of quarters to play the game – once you’re out, that’s it. Continues create accessibility to the game, and while your score won’t carry through, you’re able to still experience the game as if you’ve put in another quarter. There are five worlds to play through in Arcade mode. And while you can complete the Arcade within an hour on the easiest difficulty, that is far from the end of playing Nex Machina. Arcade is how you unlock worlds for single world play, and there’s a meta-game called Arena to earn currency by reaching high scores under various conditions.

Boss battles are wars of attrition inside bullet hell as you learn their patterns and maximize damage while avoiding debris, spawning enemies, laser waves, and neon skulls. The bosses can be defeated easier when you have power-ups such your own focused laser (with slower aiming speed), detonator like Unreal Tournament’s Shock Rifle. Triple Dash lets you dash three times through and out of the way of damaging projectiles. Progressing through fifteen levels of each world to get to the boss never feels like a slog, and it is so rewarding to take these guys down when you have a power-up. When you don’t, it is incredibly tense dodging and shooting with precision.

Nex Machina has amazing detail and gorgeous views. The voxels speak for themselves, but the neon-soaked worlds never cease to impress. And with new world, the game goes from exteriors to interiors, showing even more detail in the environments. Your movement across a world feels like you’re traversing a world as areas skew, rotates, and zoom. Alternate viewing angles occur on some levels to freshen things up. There are visual filters that give the game a unique flair, but I ended up disabling them after messing around with them. They all make it harder to see what’s going on. Though, the best one of the bunch is the retro one, feeling like you’re playing in a old tube TV.

Nex Machina makes the leaderboard high-score chase fun again. It does so by providing incentives of earning currency to unlock new things, player profile rankings, and encourages trying out new areas out based on your performance. Grab a another controller, and Nex Machina is a neon-filled explosionfest in co-op. Nex Machina caters to solo and co-op players in exciting ways, and near-endless replay. It is all the reason to stick around and play more after the credits have ended. Eugene Jarvis and Housemarque have made something incredibly fun and exciting, making Nex Machina the best twin-stick shooter today.