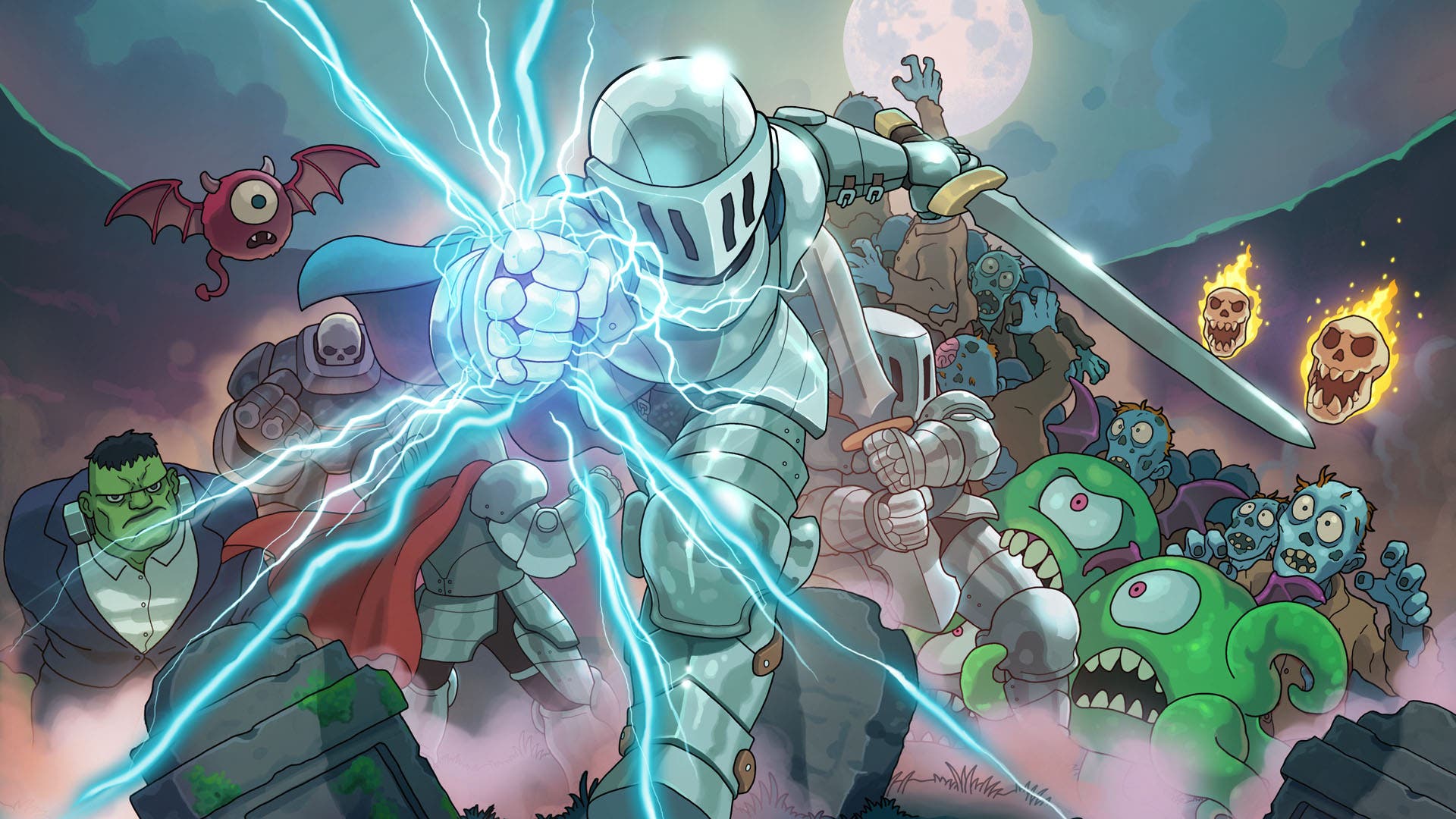 The name is a bit more apt than its predecessor. The game is crypt-like as you traverse underground room filled to the brim with enemies. Iron Crypticle is an arena shooter that uses twin-stick controls to move and shoot your way through rooms. You can navigate through the levels based on what doors open up. The game is a nostalgia-fueled trip as it looks like Ghosts ‘n’ Goblins, but plays like Robotron 2084 and Bubble Bobble.

Killing enemies will drop food, you eat this food for points that add to your score. Your score is also what gives you XP and levels you up. Eat food in quick succession up to an eight times multiplier. Maximizing a food eating streak like this allows you to earn bonuses that improve movement speed or attack power. There’s a dash move that can get you out of tight situations when enemies start to surround you and you need to create distance. Every attack uses melee weapons that you can throw in quick succession like axes or spears. The game is clearly co-op focused, and while I wish the co-op overlay and borders could be turned off, it keeps with the arcade aesthetic and 4:3 format. For those on your own, it is essential you visit the cat merchant (featuring the Aqua Kitty) to purchase enhancements and increase your survivability. This is a roguelike, and along the way you’ll encounter mini-bosses and regular bosses in addition to the shop. Take too long in a given level, and golems appear. The game will most definitely warn you of them coming, but be warned that they can kill you in one hit if you don’t get out of there. Most times you won’t need to stay, but if you’re going for XP, this can be more risk than reward.

One of my complaints about the original game was its difficulty, and that seems to have been ironed out to be a bit more even. It now also offers three difficulties to choose from. After completing levels, you’ll unlock the “Endless” mode version of it to play in another run. Iron Crypticle also features mini-games where it goes from top-down to side-scroller as you work to collect as much of you can without being crushed by an ever-encroaching wall. The game I played a few years ago is largely in-tact here. But Iron Crypticle is refined, enhanced, and more enjoyable than before. It is a game that begs to be played in co-op, and is now available on systems to allow for that to be done with ease. Playing it solo, it is challenging and rewarding each time you play. I still don’t know what a “Fisticle” is, and I have an idea what a “Crypticle” is, but I do know that Iron Crypticle is a solid game that reminds you of games from your childhood, but freshens up the roguelike genre in exciting ways.