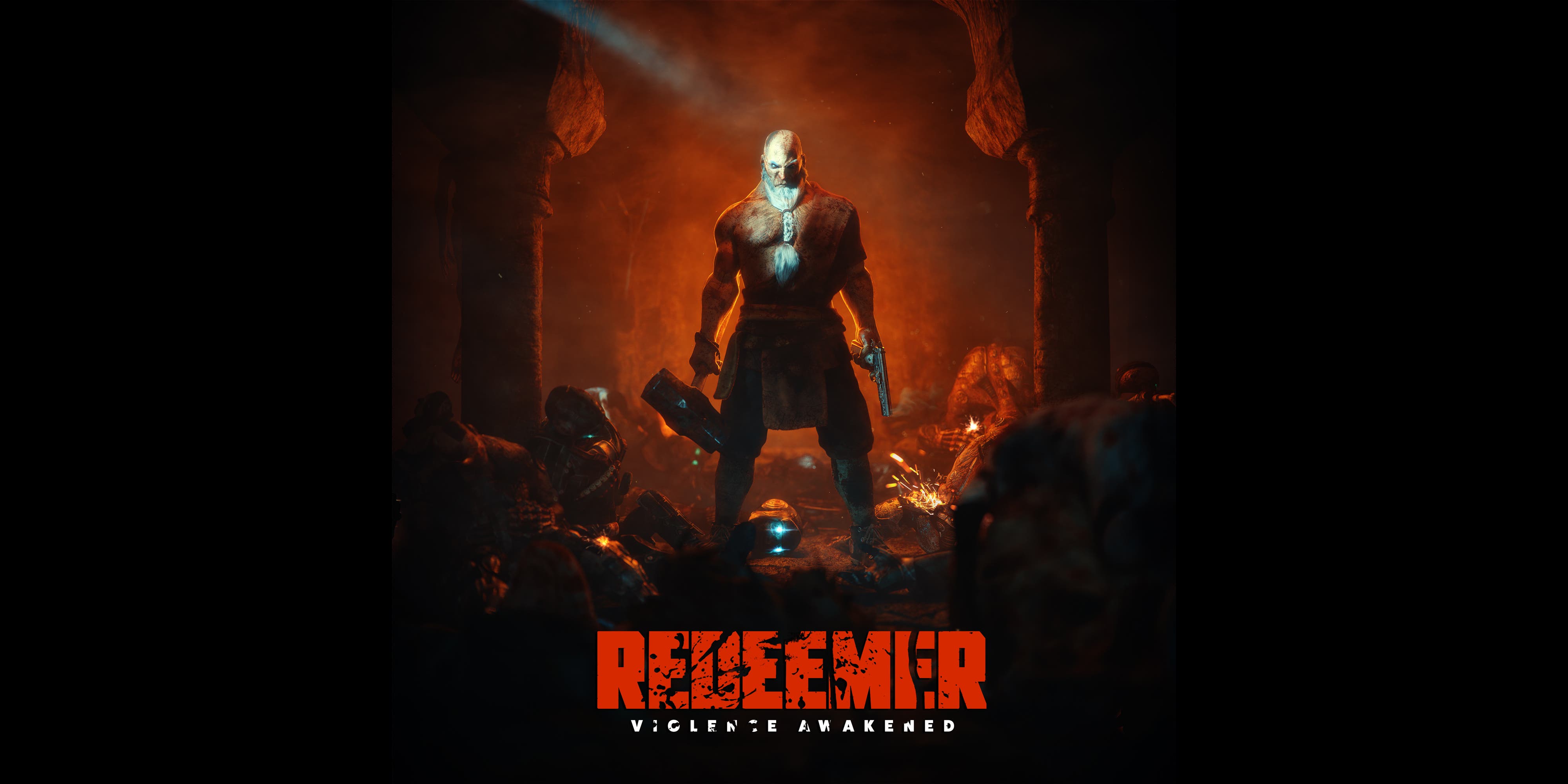 Redeemer is a brawler in the vein of Hotline Miami because of its gore, brutality, and top-down view, but has a melee focus in a 3D space. The story is the least interesting as it is cliché and tacky with its unfolding plot. The gameplay loop of Redeemer stays fresh enough for the six hours it takes to complete the game. It is unfortunate though, that the gameplay suffers from random and frequent framerate dips. With that said, Redeemer is a modern romp through some old-school style stages that doesn’t quite redeem its shortcomings, but satisfies throughout to be a violent brawler worth playing.

Redeemer will have you punching, kicking, blocking, and performing environmental kills in the bloodiest ways to progress. Weapons can be picked up and will degrade in quality through use. While the focus is on melee weapons, there are guns that can be used, and in the first section of the game, are abundant. Guns are pretty generic, going from pistols to shotguns and assault rifles, but guns are great for crowd control when you get overwhelmed. Redeemer‘s combat is more complex than it seems at first glance, as you can parry, dive, and chain moves together like a bone-breaking ballet.

While the game won’t demand it of you, but you’re able to be stealthy in-game. By sneaking around, you can silently take out enemies with a single button press, but as soon as enemies get a glimpse of you, it’s back to groups of enemies to ward off. Some of the larger enemies require specific attacks before you can take them down. For instance, one of the heavier enemies you encounter is fully armored, shielded, and shoots flames out of both arms. At some point, he has to reload, and that’s when you start to pummel them. Do this a couple of times to get him into a downed state, where then you can execute them. It’s wholly satisfying to figure out how to take these enemies down, like a combat puzzle. The story of Redeemer has you playing as Vasily, a man who fled to the mountains and became a monk after being an elite operative and escaped his former employers who intended to turn him into a cybernetic superhuman. The game picks up with the organization finally finding Vasily’s location and killing everyone around him. Whether intentional or not, there’s a lot of 80s camp and cheese, both in dialogue and story that permeates Redeemer.

The game is split into three main chapters, and each of the levels aren’t too dissimilar from the last. And there’s some surprisingly different location shifts that I didn’t expect. As you play, you’ll unlock levels for Arena Mode, where you can practice your fighting skills. Additionally, you can find scrolls which unlock concept art and renders in the extras menu. It’s not the greatest of extras, but always is cool to see how a game has come along.

While Redeemer looks good, it doesn’t feel optimized in a majority of its levels. The game uses Unreal Engine 4, but far too often, the framerate chunks in the middle of combat or during other sessions where little to nothing is happening. My PC is rather overqualified for what the game is offering, so I’m hoping this is patched shortly after launch. As it stands right now, the framerate issues really hold this game back from performing at its best.

Redeemer‘s subtitle is “violence awakened”, and Sobaka Studio succeeds at showing what makes brawlers good, and brings the genre into the modern era with capabilities you couldn’t do in older games. Redeemer is a game that you can turn off your brain and bash enemy skulls into oblivion for hours. The extra modes are a bit lacking, but are fun for what they are. Redeemer‘s performance issues notwithstanding, the game looks great and makes you feel powerful every time you play it.