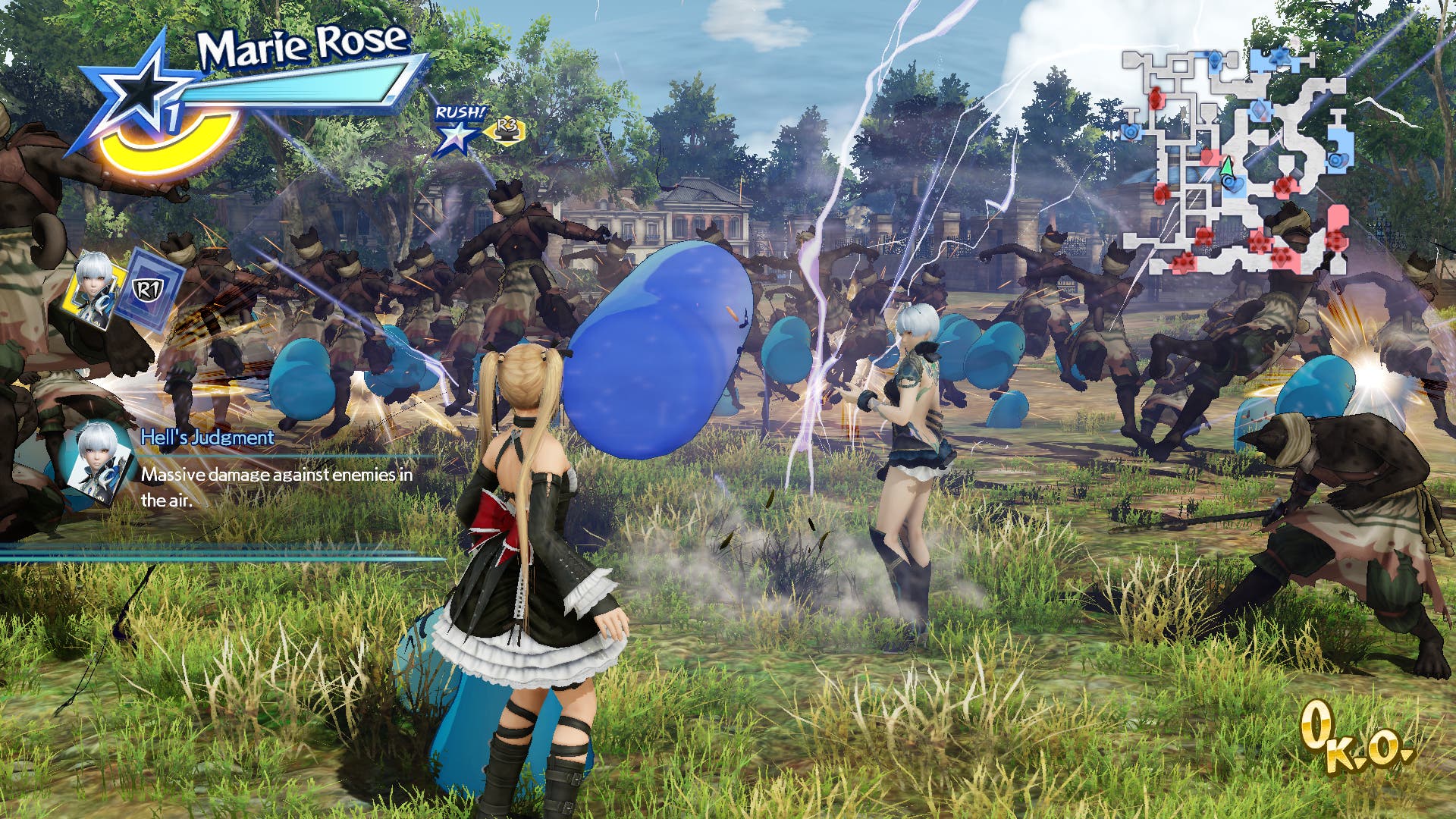 Get your Square, Square, Square, Triangle combos ready because Koei Tecmo has just released their latest Musou title upon the masses. Warriors All-Stars is a mashup of the company’s wide cast of characters into a single crossover game. Kasumi fighting against Zhao Yun? It’s here. How about the Samurai Cats version of Nobunyaga Oda battling it out with William Adams from Nioh? Warriors All-Stars has it. It’s a fun Warriors title, but not without some missteps.

The idea isn’t new in the sense that they’ve done something similar with the Warriors Orochi franchise. With that series though, characters are pulled from the Dynasty Warriors and Samurai Warriors franchises. Being that I’ve been a avid Dynasty Warriors player since 2, I recognized a lot of characters in Orochi. Not so much with All-Stars. The characters they’ve selected to be in the game might represent Koei Tecmo, but a lot of them come from games I’ve never heard of. I’m sure they’re big franchises in their own rights but I can’t say if they’re big in the west. I would have loved to have seen more Dynasty Warriors, Samurai Warriors, Ninja Gaiden, and Dead or Alive characters, as they’re whom I’m familiar with. In fact, I feel they could have gone down the rabbit hole and grabbed an even wider cast of characters with games like Rygar, Croc, Monster Rancher, and even Gitaroo Man.

The story isn’t great, and honestly mostly miss-able. A priestess from a dying planet attempts to call upon heroes from other worlds. She calls them to help her and her people revive a spring that will bring back life to their world. Of course things don’t go as planned and all the called upon heroes are scattered throughout the land. There are three factions warring over control of this world’s throne and the heroes end up landing in, and fighting for, one of these three factions. Depending on which character you choose, determines which faction’s story you see. I say the story is miss-able because for one, it really isn’t that thrilling of a narrative. But two, there is no English dubbing. It’s not a real issue during cut scenes or conversation screens, but in game trying to read the subtitles and focus on game play is a chore. I eventually gave up trying to figure out what and why I was doing things on the battlefield and fell into my Dynasty Warriors way of eliminating the stage of enemies. Speaking of stages, Warriors All-Stars includes a hub map where the player can choose to do a variety of different types of stages. They range from character unlocking missions to acquiring new items for your character. They’re typically standard Warriors style battles, capture a base, protect a base, defeat a certain boss, survive a certain time limit, etc.. As you progress through the story, some stages require certain characters and some lock out others. The game kind of pushes you to try new people and their various styles of combat. Once you get into the stage, the world and the characters look well done for a Warriors title. Not only did things look good, but they ran well too. I encountered none of the series staple slow downs or hesitations, even with what looked like hundreds of enemies on screen at a time. Things just worked and it is what I’ve been expecting a Warriors game to play like for a long time now. 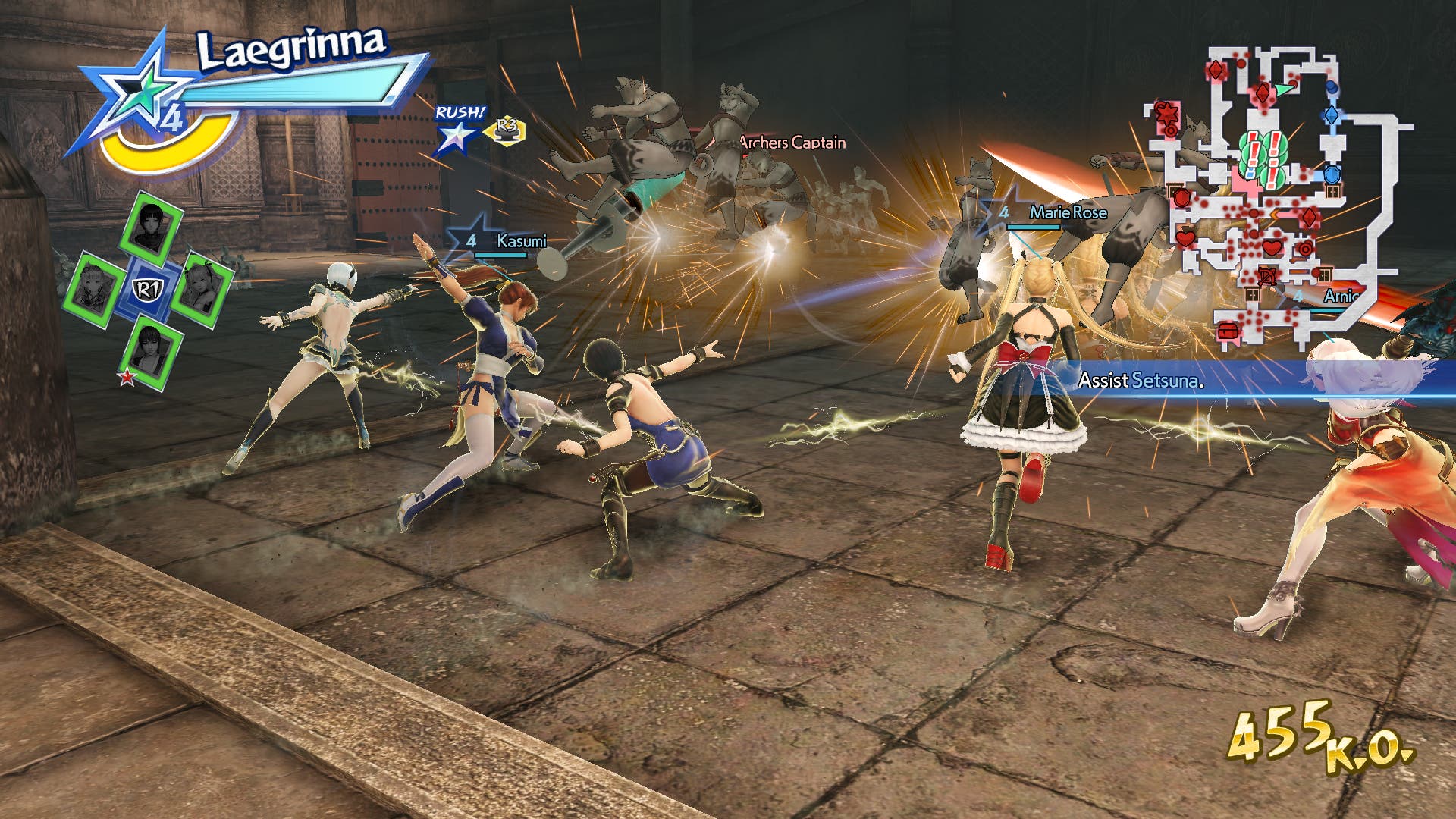 If you’re excited about a Warriors game, you know exactly what to expect when it comes to combat. Characters have a standard attack and a strong attack. They can be chained together in certain combinations for more power or more hits. Of course there are the Musou attacks that appear when your Musou meter is full but now they have an added Musou Fever mode. Earn enough kills and you’ll grant yourself a token to use this special attack on enemies. Basically it gives you extra strength and populates the screen with a ton of enemies to kill. The more enemies you vanquish, the more time you earn to keep using the ability. As you’re wiping the floor with these people your team of characters will pop in on screen cheering you on. It’s silly but lightheartedly fun. All-Stars also introduces you to the Hero Chain, where you can briefly take control of another warrior in your party to use their attacks and have your main hero fight alongside you. You may have noticed I mentioned your party. All-Stars allows you to create a party of four additional warriors to fight by your side. In addition to the Hero Chains, you can use the D-Pad to call upon these party members to use special attacks. Once an attack is done, you’ll have to wait for it to recharge. There are so many ways to attack enemies and I’m grateful they’ve given the player the option, but as I’m playing I honestly feel like there’s just too much. Maybe I’m too stubborn and just want attacks and a single special. I’m sure other will enjoy having the variety though.

In previous Warrior titles, you could feed weapons into one another and create stronger gear for your characters. In All-Stars they’ve moved to a card based system. You earn cards through drops or on special stages and these cards can boost aspects of your characters like attack or defense. It’s a neat system that feeds into the grind that is already present in a Warriors title. You can even modify and create cards using a merchant in the central camp. This is a place where you can interact with characters you’ve unlocked, manage your cards, raise levels of your unused characters, and increase your friendship with others. I should also mention that fighting alongside characters will increase their friendship with your main character, granting some additional abilities in battles. And access to a weird shared bath with them? Get full friendship and you unlock a special version of this bath? It’s so awkward for a western audience but its such a small thing and really doesn’t take away from the game. Just makes trying to explain to someone what you’re playing pretty awkward. One thing I didn’t get to mention earlier, there’s no split screen co-op. Seems strange that the game focuses so much on you building a team and fighting together that they don’t include the option to play with a friend or a spouse. Although with that bath thing, I may have tried to avoid that part of the game. Unfortunately the lack of co-op is a huge blow for how I play Warriors games and hope to see it’s inclusion in future Warriors titles. 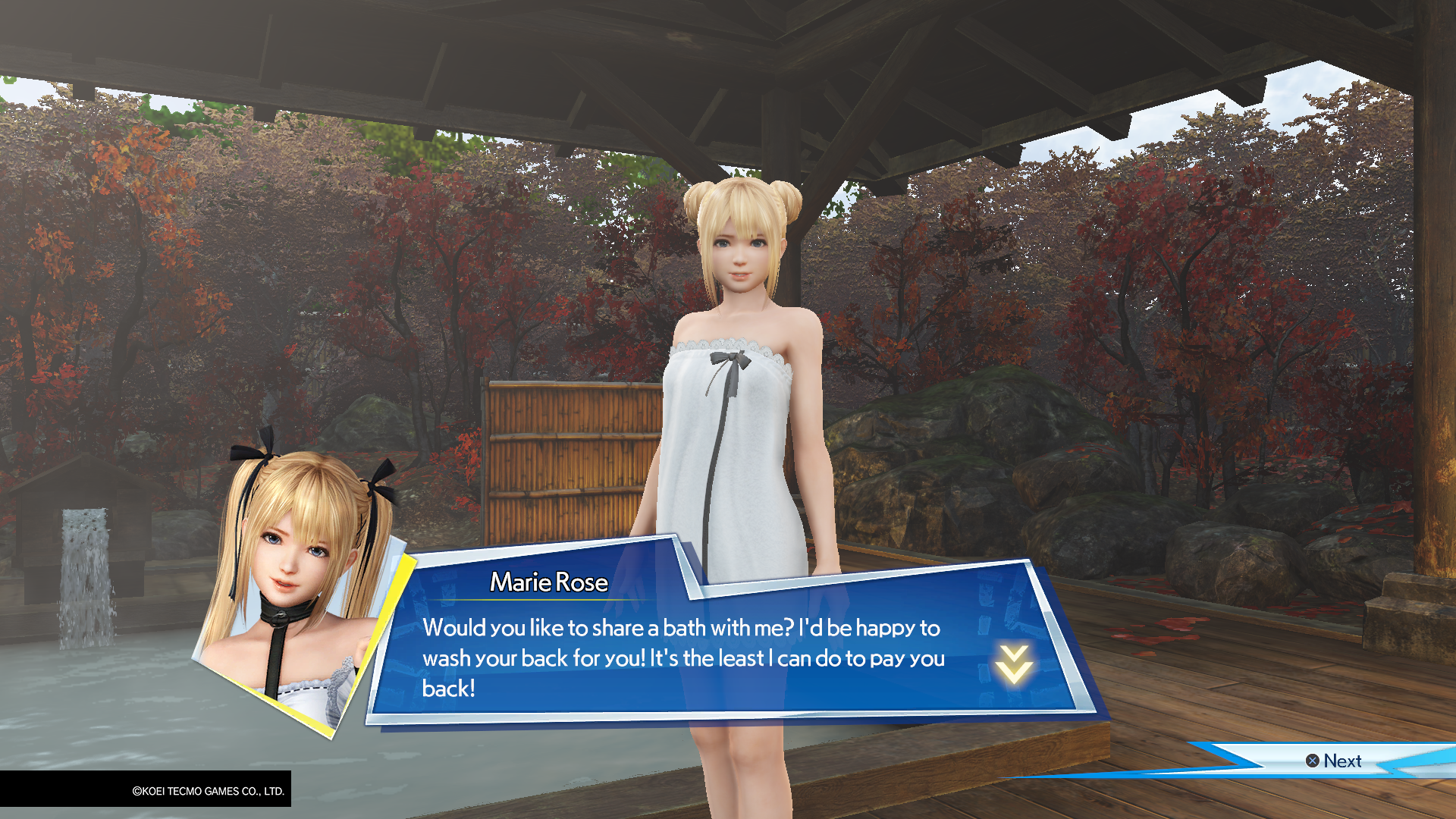 Even with my issues with the game, it leaves me with a good impression. I enjoyed my time with All-Stars and if you like the Warriors games, you’ll enjoy your time too. I wished they had a wider cast of characters though and decided to dial back the team aspect a bit. But playing All-Stars got me itching to hop back into a Warriors game and definitely has me excited for what Koei Tecmo may be bringing with Dynasty Warriors 9, set to be released in 2018.