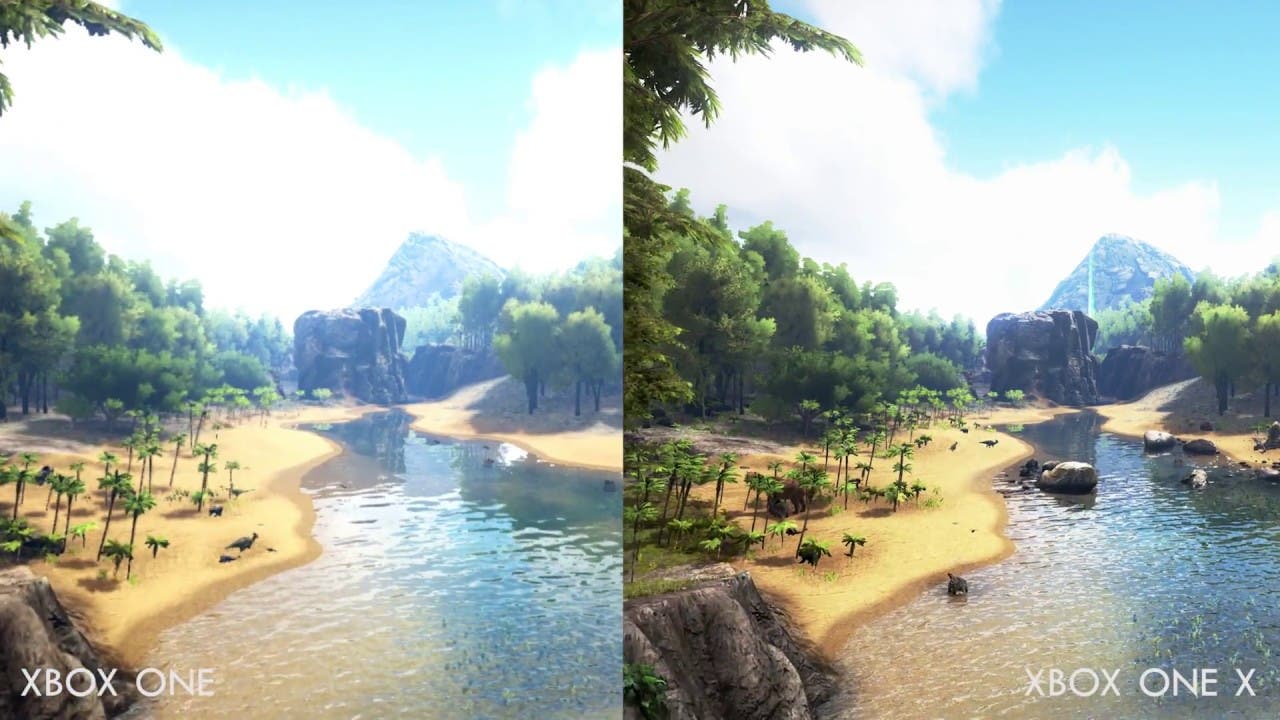 ARK: Survival Evolved is enhanced for Xbox One X today

“Ever since the original announcement of the Xbox One X, we’ve been excited to see how far Microsoft would push the hardware specs, and how far that would let us push ARK,” said Jeremy Stieglitz, Lead Designer, Lead Programmer, Development Director, Co-Creative Director, Co-Founder of Studio Wildcard. “When gamers get their hands on this powerful new console, and of course, on the new build of ARK, we expect they’ll be just as impressed as we are with how much more visually immersive the world of ARK becomes.”

More than 10 million players have washed up on the shores of the mysterious ARK island thus far, vying to survive by hunting, taming, training and breeding more than 100 dinosaurs and prehistoric creatures found wandering the vast open-world. Xbox One X owners of ARK will have immediate access to these Xbox One X enhancements, with progression following players from platform to platform.

Powered by Unreal Engine 4, ARK: Survival Evolved takes on the survival genre with a unique blend of emergent multiplayer cooperation and competition. Players awake stranded and starving on the beach of a mysterious island among a herd of other confused humans. On ARK, they must then hunt, harvest, craft, research technology, and build shelters to protect against scorching days, freezing nights, volatile weather systems, dangerous wildlife, and potential enemies. Tame, train, ride and breed one of 100 amazing dinosaurs and other prehistoric beasts, including gargantuan creatures on a scale never before seen in video games! Fly a Pteranodon squadron over the snow-capped mountains, race through the deep jungle with your pack of trained Raptors, tromp through a fortified enemy base along a convoy of gigantic Brontosaurus, or chase down prey on the back of a raging T-Rex.