By now, Nioh has been a huge critical and commercial success on PlayStation 4. Broken down to its bare essentials, it is Ninja Gaiden crossed with Dark Souls, but it is so much more than that. Death befalls you often, but is a learning experience to improve against your opposition. Nioh‘s excellence is in its design that feels fresh among a room full of impostors. Nioh: Complete Edition is what it says it is, offering a deep and rewarding game that is very difficult and challenging. 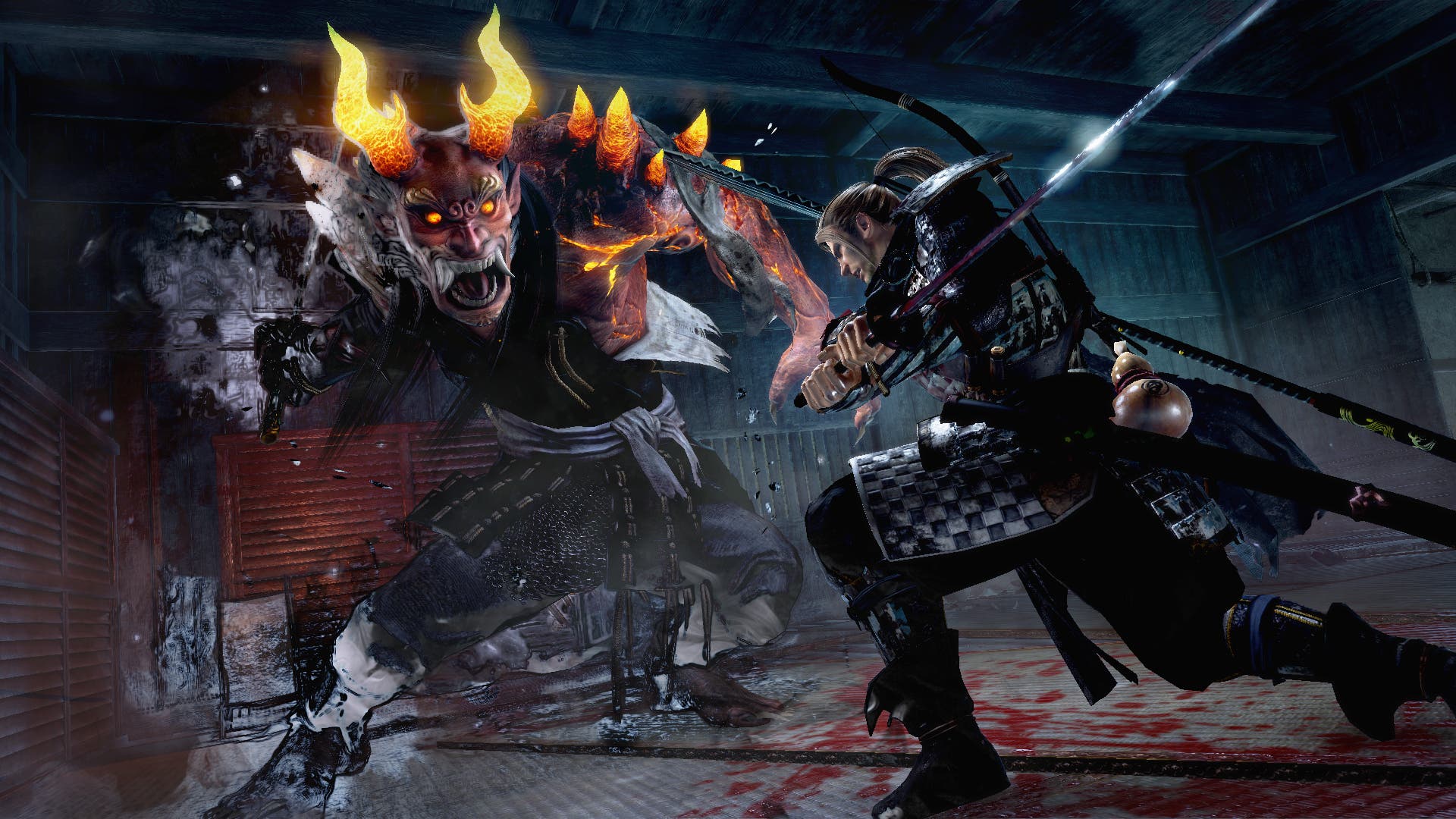 The Complete Edition not only sees all the improvements that have come to the PS4 version, but it comes with the three expansions: Dragon of the North, Defiant Honor, and Bloodshed’s End. Dragon of the North opens up the Tohoku region, where Date Masamune, known as the “one-eyed dragon” is gathering spirit stones. Defiant Honor has you fight your way through the Siege of Osaka’s winter campaign. Bloodshed’s End lets you join the summer campaign of the Siege of Osaka which signals the final chapter of William’s tale.

You play as William Adams, a real-life man who became the first Western samurai. The game uses historical figures set in a supernatural world with creatures from Japanese folklore (Yokai). His goal is to kill Edward Kelley, also from the history books. The game actually wants to tell a story here, but falls by the wayside in favor of its action and combat and is easily forgotten. There’s too many other cool and tangential things that take focus away from the story at hand. 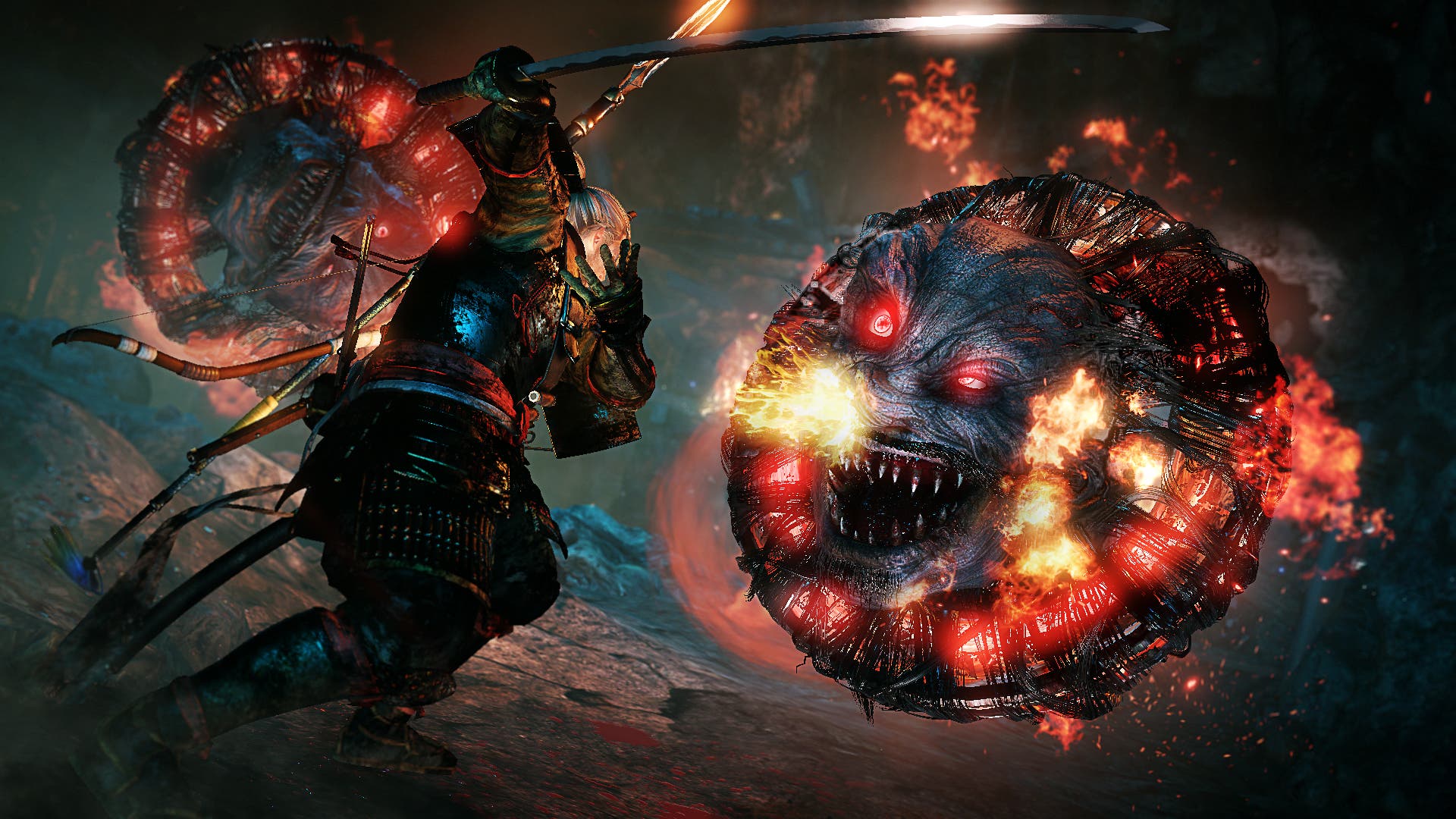 Combat in Nioh has familiar elements of locking on to enemies, rolling, blocking, and evading their attacks. Each offensive strike can be done from one of three stances, that can be changed at any given time. The high, medium, and low stances offer different types of attacks, with high being the most damaging, the low being the fastest, and medium offering a balance. Making an attack uses up Ki, which is the game’s stamina. Run out of it, and you must recover Ki over time by not attacking, running, or rolling.

The weapons that William has at his disposal are varied and diverse. You have your choice of a Katana, Dual Katanas, Spear, Axe, Kusarigama, Obachi, and Tonfa. You can spec for specific weapons via the skill tree, but you can use any weapon at any time and adjust as you need. In conjunction with the stances make for each of the weapons to feel so different from one another that justifies each of their existence. 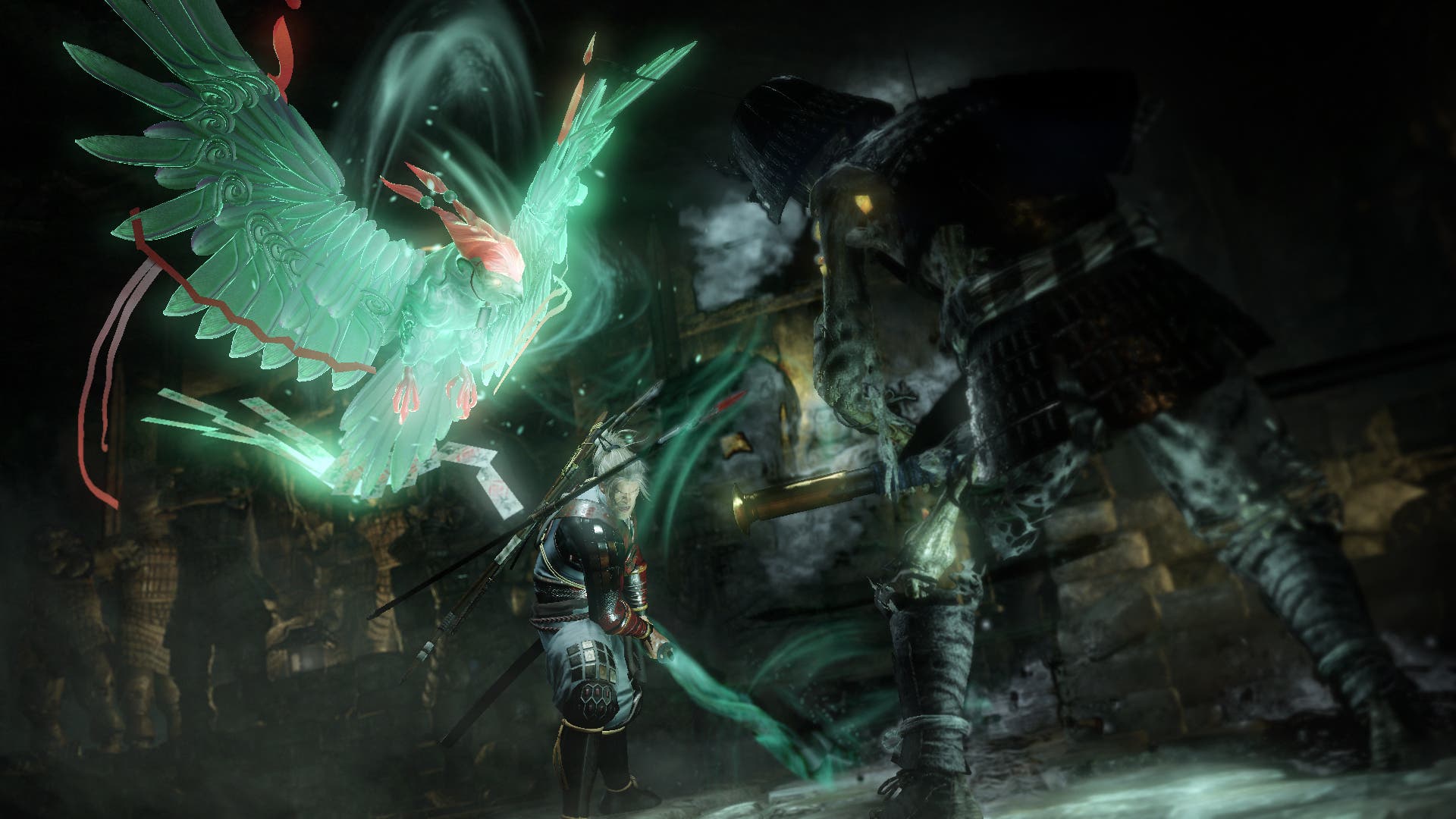 There are three Guardian Spirits: Kato which is a Wolf that boosts strength. Isonade is a Shark that boosts spirit, and Daiba-Washi which is a Hawk that boosts skills. The guardian spirit can be called upon once you’ve killed enough enemies. This is the equivalent of a super and is very effective for boss battles, it is good for mobs of normal enemies, but feels wasted. 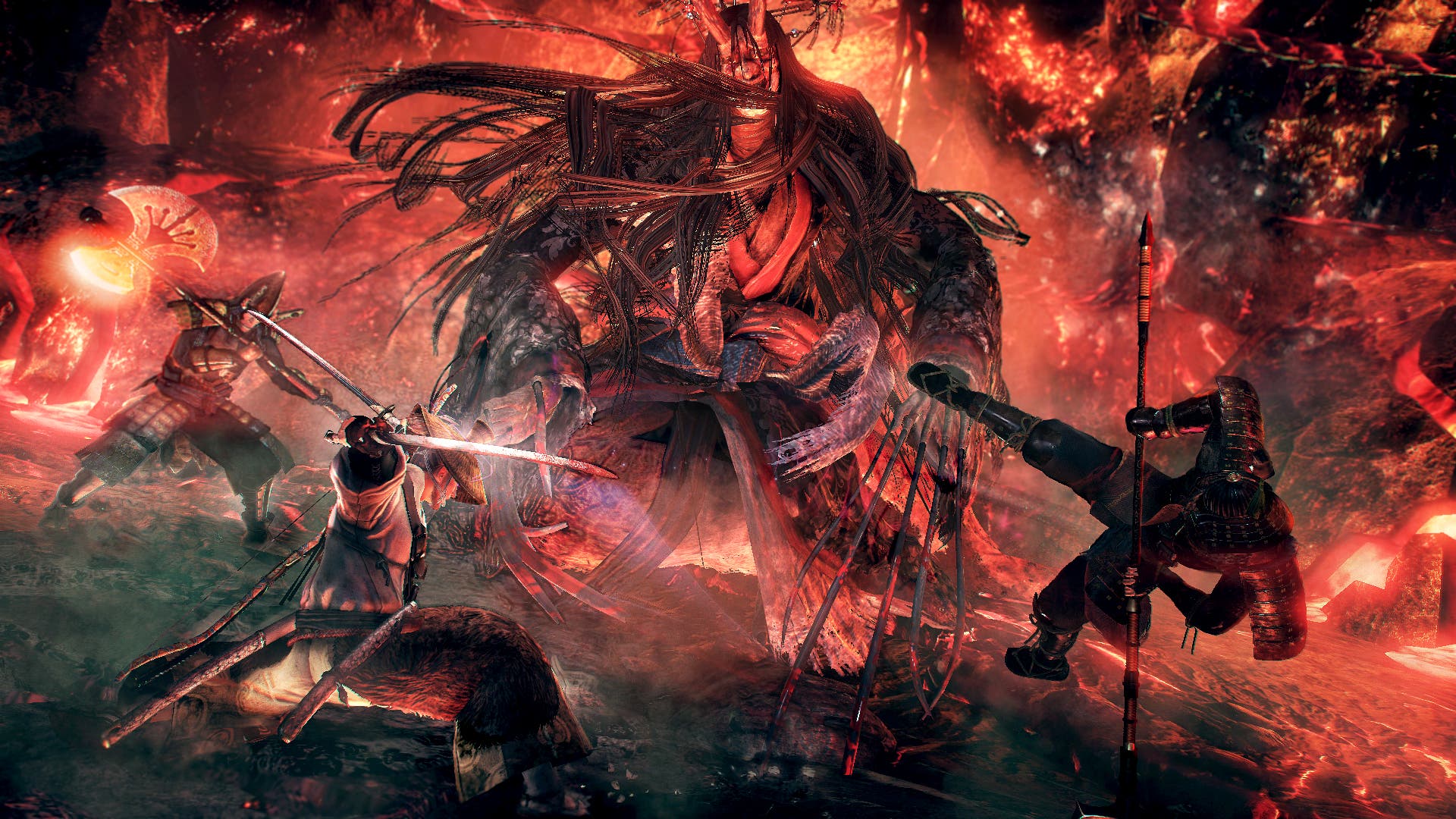 The port of Nioh allows you to play in a multitude of resolutions, such as 1080p, 1440p, and 4K. It only allows for 30 or 60fps, though, there’s no such thing as an uncapped framerate for whatever reason. In some ways, it mirrors the options of the PS4 Pro version where you could choose performance or quality. It is a little more refined, with more options than the console, but it runs and plays great in motion. I feel like it should look better than it does, but its ultra-smooth gameplay is not what you will experience on PlayStation 4 at any point. The PC version is the definitive version to play. 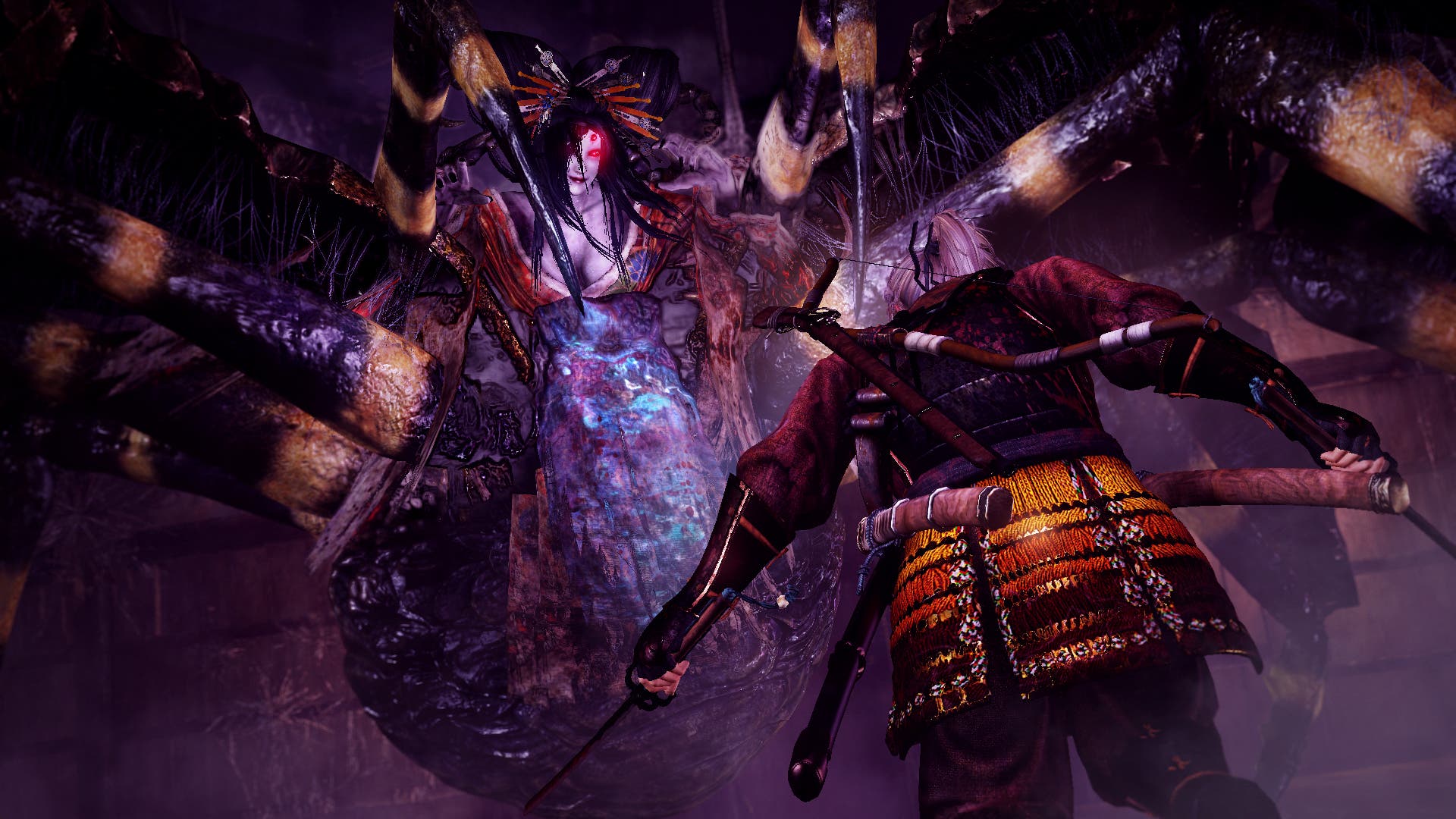 Nioh: Complete Edition is worth every penny and hour of time you put into it, which will be over 100 hours of playtime. No matter how often you die, or what you do, you’re making progress. That second boss is still way too hard, but everything that comes before and after it is so good. This is the most refreshing take on the Dark Souls style of game, and is well executed. The use of historical figures and supernatural abilities create for a unique atmosphere.