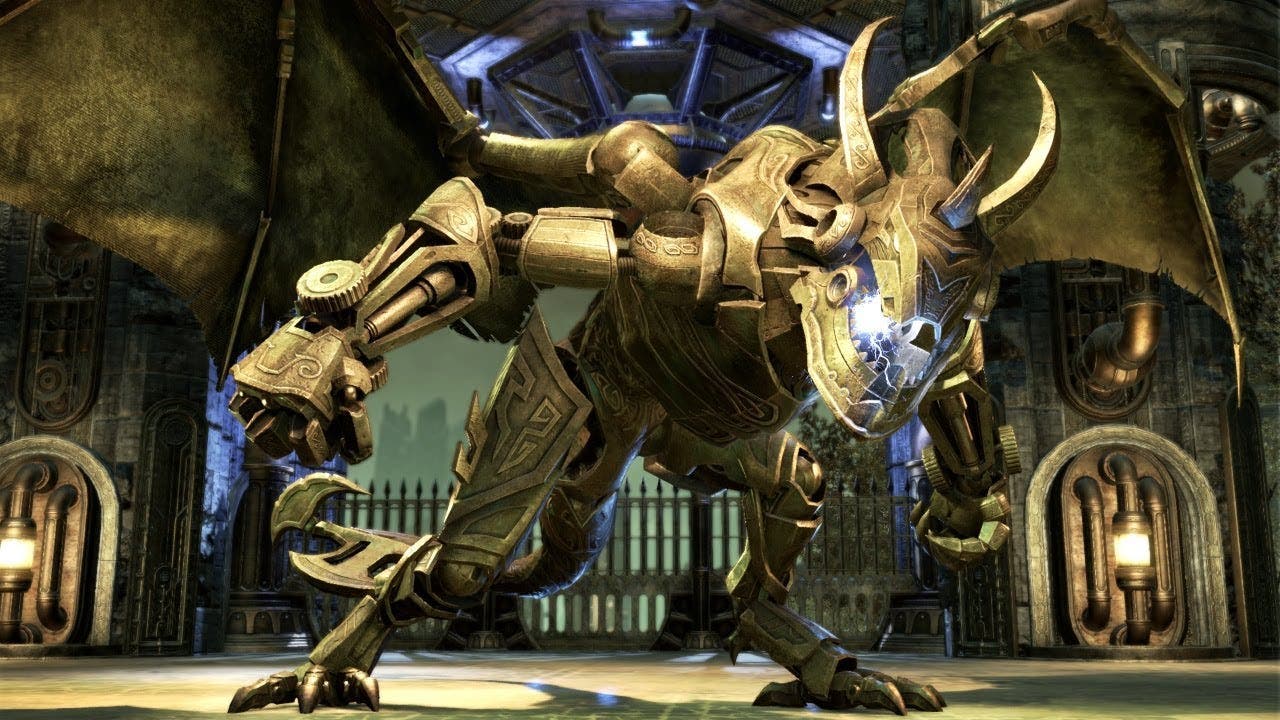 Today, console players of The Elder Scrolls Online can journey deep into Sotha Sil’s epic creation, the incredible Clockwork City, to uncover the myriad secrets of the mechanical realm in the game’s new DLC game pack, Clockwork City. Available for free for all ESO Plus Members, or for purchase via the in-game Crown Store for 2,000 Crowns, Clockwork City extends ESO’s ever-expanding storyline, taking players through new lands and on hours of new adventures. Clockwork City is already available for players on PC and Mac.

Update 16 is a free base game update that everybody can enjoy. It includes numerous fixes, balance changes, performance improvements, and additions such as a Trait Tracker system that will allow you to see whether or not you’ve researched the unique trait on an item.

Finally, the base game update will also include a new Battlegrounds game type for ESO: Morrowind owners: Crazy King. In Crazy King, your team must seize a capture point location that jumps randomly around the map.

** For all of the details on the Clockwork City DLC and Update 16, please check out our article on the game’s web site HERE.

With the launch of Microsoft’s new console, the Xbox One X, The Elder Scrolls Online is fully prepared, delivering a wide range of enhancements and optimizations for Xbox One players who choose to upgrade to the new hardware, including: