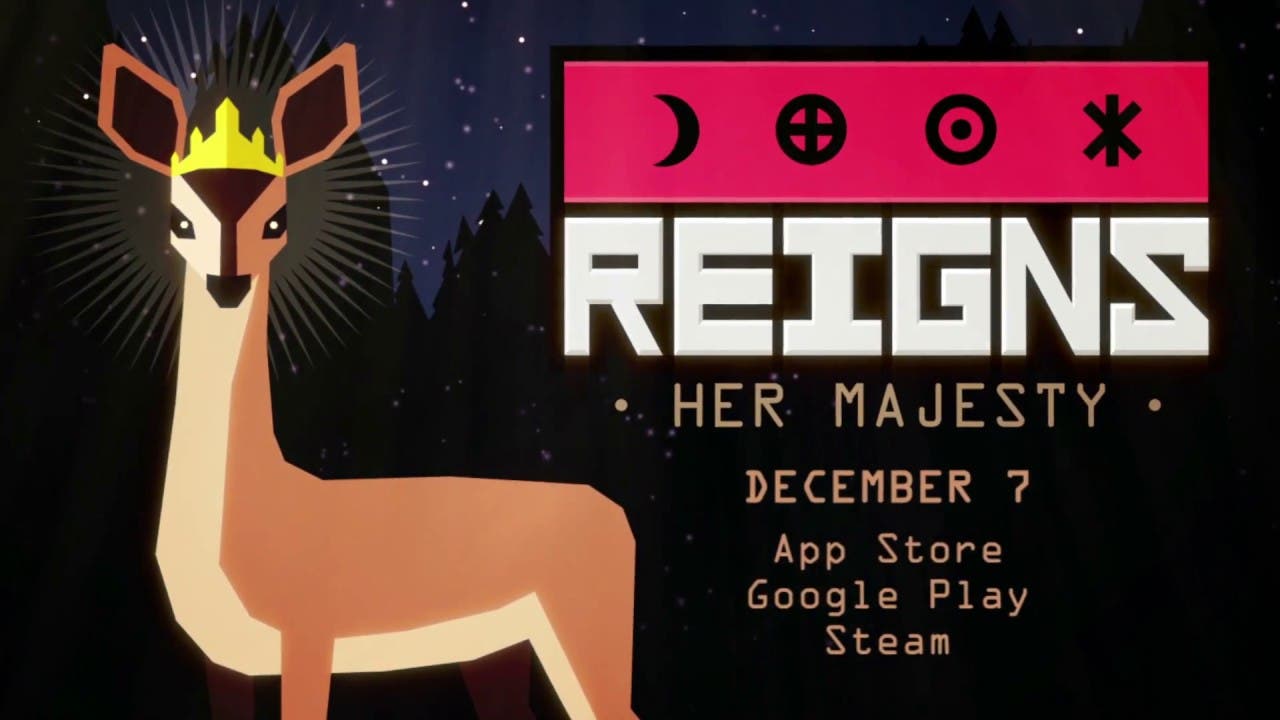 Reigns: Her Majesty gets a release date of December 7th

Benevolent developer Nerial and the court jesters of Devolver Digital have announced that the highly-anticipated sequel Reigns: Her Majesty will arrive on the App Store, Google Play, and Steam Dec. 7 [reignsgame.com].

In Reigns: Her Majesty, a cultural renaissance has bestowed the world with a new era of knowledge and enlightenment, but greed and jealousy still conspire against the benevolent queen. Outwit and outlast those that would seek to depose you and your husband by swiping left or right, making just (or unjust) decisions on all manner of royal matters. Maintain the balance between the kingdom’s most powerful factions, use mystical items from your inventory, and navigate the increasingly complex politics and personal relationships of your dynasty.

The original Reigns arrived last year to critical acclaim and commercial success selling nearly two million copies and garnering a treasury’s worth of awards and nominations, including Apple’s Game of the Year Runner-Up nod and several IGF nominations.

Heirs to the throne can learn more about Reigns: Her Majesty by visiting reignsgame.com and following @ReignsGame on Twitter.