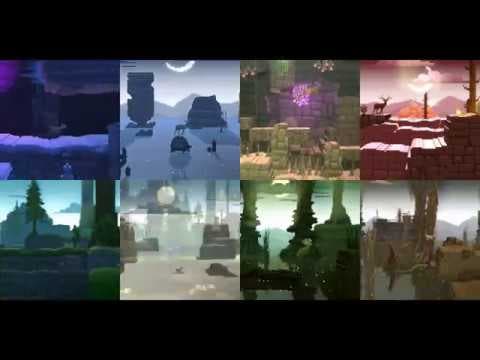 The Deer God comes to Nintendo Switch on December 21st

The Deer God, the breathtaking 3D pixel art adventure from Blowfish Studios and Crescent Moon Games, will release December 21, 2017 for the Nintendo Switch™.

Downloaded by more than 1.5 million players across PlayStation 4, Xbox One, PlayStation Vita, PC, and mobile platforms, The Deer God will challenge players’ religion and platforming skills in a gorgeous world filled with challenging puzzles and dangerous wildlife.

The journey begins with a weary hunter tracking a deer. Just as his scope looms over a majestic buck, wolves attack him and his shot misses, killing a nearby fawn. The hunter awakens in the afterlife and finds himself face-to-face with the Deer God, who in an act of karmic retribution reincarnates the hunter as a fawn.

The hunter seeks to regain his humanity, but quickly acclimates to his new body, utilizing his newfound strength and speed to survive in the wild. Behind every cliff, canyon, and crevasse lay quests to help him acquire new skills. As each day passes, the deer grows older and stronger, eventually allowing players to mate and reproduce, which in turn provides extra lives to continue the cycle of reincarnation on the road to enlightenment.

Depending on which creatures players pacify or harm along the way and how they interact with humans they come across, the hunter can become purer or more evil, either satiating the Deer God, or acquiring the destructive powers that evil karma offers.

“It’s been an amazing journey bringing The Deer God and its tale of karmic retribution to so many players across so many platforms, and now we’re thrilled continue this ride by sharing the experience with the Nintendo Switch community,” said Ben Lee, CEO, Blowfish Studios. “The Deer God‘s procedurally-generated levels lend themselves incredibly well to being able to play on the go, and we’re delighted to allow players to take the game with them on adventures.”