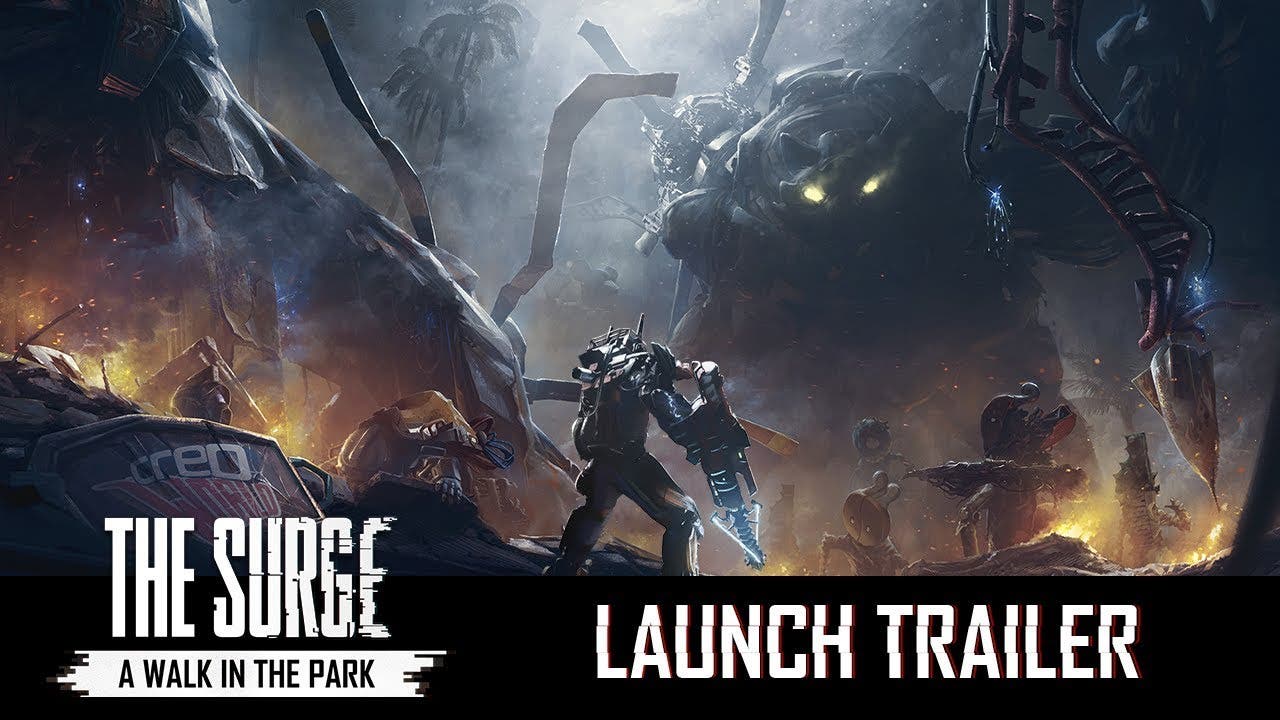 The Surge’s Major Expansion “A Walk in the Park”, is Available Now

Come visit CREO World in hardcore action RPG The Surge’s new major expansion! A Walk in the Park opens up to PlayStation 4, Xbox One, and PC owners today and is, along with the original game, optimized for both PS4 Pro and Xbox One X. Take a look at the today’s launch trailer to see what challenges await you.

The Surge brought players deep into the high-tech CREO industrial complex, overrun by deadly machines, rogue AI, and deranged exoskeleton workers. A Walk in the Park gives players a breath of fresh air by taking them to an environment that’s more open and colorful, though no less deadly. CREO World is an amusement park built by CREO for its employees and their families. But forget your cravings for cotton candy – CREO World was not spared from the Surge. The entire park is a deadly trap where roaming rescue teams have gone insane and robotic mascots patrol freely, patiently waiting for new visitors to welcome.

CREO World presents a wealth of fresh challenges for players. Originally created to celebrate CREO and its mission, the park is a radically different setting from the rest of the complex, full of branching paths and secrets to discover. Survive the raging mascots and explore broken attractions before taking on a fearsome boss in the devastated park. Face this new threat while cutting and equipping 16 all-new weapons, sets of armor, and new implants to upgrade and further customize the way you want to play.