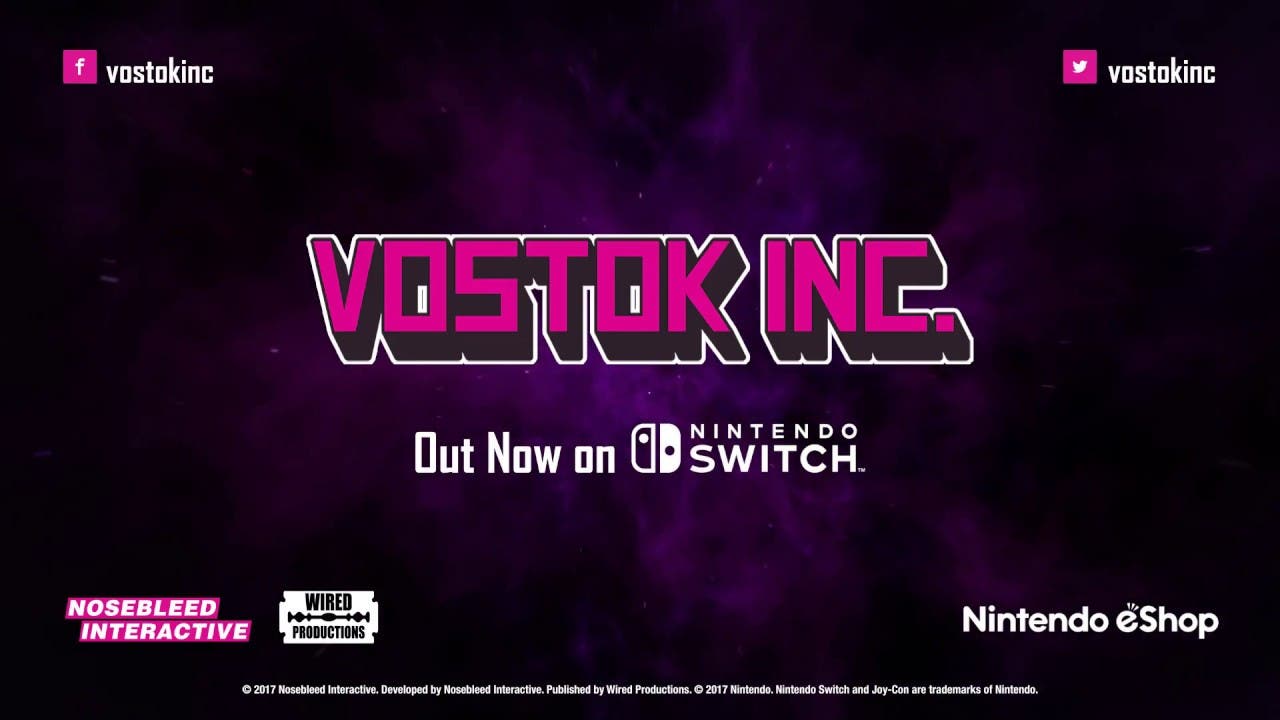 Wired Productions, an established computer games publisher, in partnership with Nosebleed Interactive, are delighted to announce cult favourite, Vostok Inc., is available to buy now from the Nintendo eShop on Nintendo Switch™ for an SRP of $14.99/£12.99/€14.99.

The only idle game you’ll never want to put down – Vostok Inc. for Nintendo Switch features exclusive new content on a planetary scale, with the inclusion of Pluto on its new planetary debut. Experience maddeningly-addictive gameplay, frenetic twin-stick shooting action, and a downright disgusting quest for self-enrichment that brought Vostok Inc. so much adoration from players throughout the solar system.

In Vostok Inc., you play as a corrupt, narcissistic yuppie, hell-bent on raking in as much money as possible in a greed-driven, twin-stick shooter without a conscience. As the newly-appointed CEO of Vostok Inc., you have one goal: to become filthy, stinking rich. Piloting your very own ship, explore and exploit more than 40 planets across six different solar systems in your quest to earn ludicrous amounts of MOOLAH!
Start by landing on any planet to begin colonization, build factories, and rake in the big bucks. Once the filthy lucre starts flowing, you’ll be able to upgrade your ship’s weapons and augmentations. Increase profits even further by finding and recruiting managers, consultants, and executives scattered throughout the galaxy.
Key Features: