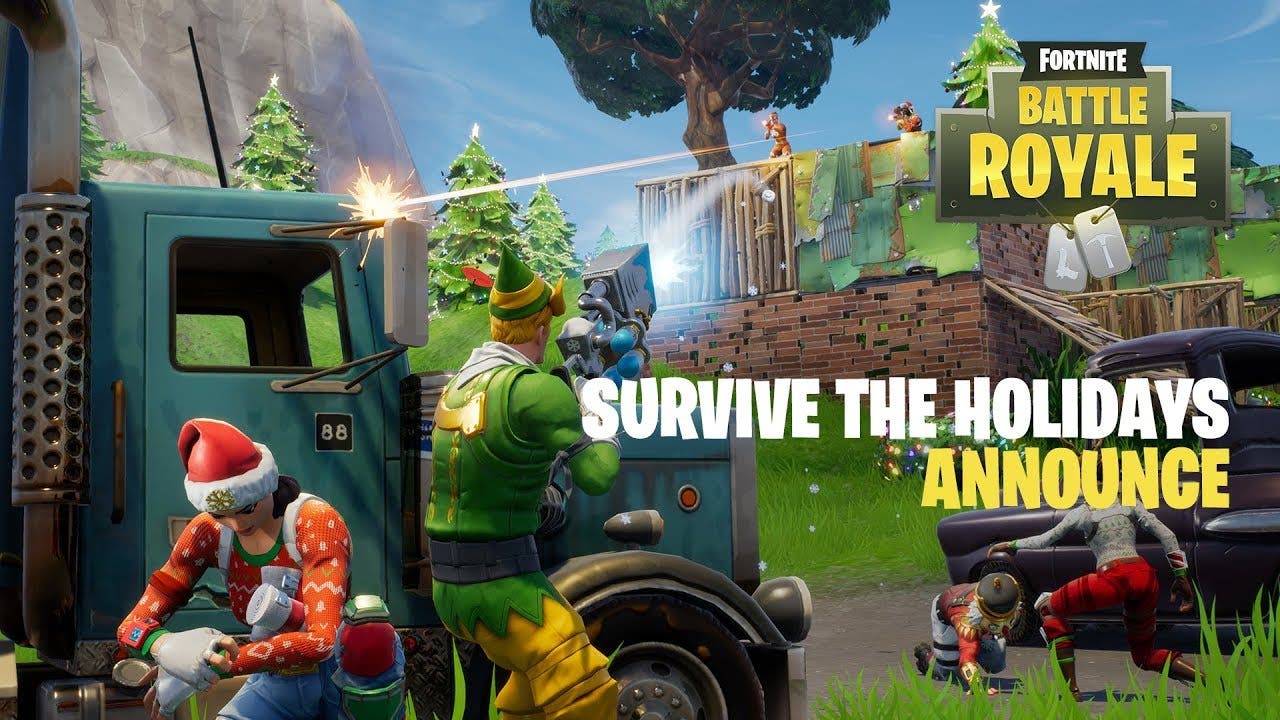 Epic Games has launched its “Survive the Holidays” event for Fortnite, which includes all-new game content for both Battle Royale and Save the World!

Some details on the update can be found below and full patch notes can be found here. Fortnite is now available for PlayStation 4, Xbox One, PC, and Mac. Fortnite Battle Royale is completely free; Fortnite’s PvP “Save the World” is in paid Early Access, and will be free in 2018.

Season 2 for Battle Royale players kicks off with the all-new Battle Pass! Players who purchase a Battle Pass will immediately get sweet cosmetic loot with more than 65+ rewards unlocked for progression throughout the season. Players can get more details in the recently released “Battle Pass Overview” video.

The mode also gets a festive update with a limited-time Snowball Grenade Launcher weapon and other fun visual updates. Additionally, the game has been updated to add new daily quests,updated UI, bug fixes, and general game improvements.

Save the World (PvE)

The “Survive the Storm” event also returns on an all-new Winter survival map with festive trees, snow, and a mountain vista. Epic has also listened to player feedback on the mode and brought a number of improvements, including rebalanced difficulty, resourcing, and rewards.

As always, the update brings a ton of bug fixes and updates to the Early Access title.